A pro-democracy protester was sentenced Friday to nine years in prison in the closely watched first prosecution under Hong Kong’s national security law as the ruling Communist Party tightens control over the territory.

Tong Ying-kit, 24, was convicted of inciting secession and terrorism for driving his motorcycle into a group of police officers at a July 1, 2020, rally. He carried a flag bearing the banned slogan, “Liberate Hong Kong, revolution of our times.”

President Xi Jinping’s government imposed the law on the former British colony last year after protests that erupted in mid-2019. Beijing has rolled back the territory’s Western-style civil liberties and tried to crush a pro-democracy movement by jailing activists. The public’s role in picking Hong Kong’s legislators has been reduced.

Critics accuse Beijing of violating the autonomy promised when Hong Kong returned to China in 1997 and wrecking its status as a global business centre. Human-rights activists say the security law is being abused to attack legitimate dissent.

Mr. Tong’s sentence was longer than the three years requested by the prosecution. He faced a possible maximum of life in prison.

Mr. Tong’s sentence is a “hammer blow to free speech” and shows the law is “a tool to instill terror” in government critics, Amnesty International’s Asia-Pacific regional director, Yamini Mishra, said in a statement.

The law “lacks any exemption for legitimate expression or protest,” Ms. Mishra said. “The judgment at no point considered Tong’s rights to freedom of expression and protest.”

The U.S. government, in a statement, criticized the “unjust outcome” of Mr. Tong’s trial and said the security law was used “as a political weapon to silence dissenting voices.” It said China is undermining rights guaranteed by Hong Kong’s mini-constitution, the Basic Law, and by the 1984 Chinese-British Joint Declaration on the territory’s return.

It called on Beijing to “stop targeting individuals exercising their rights and freedoms.”

Chinese officials reject the criticism and say Beijing is restoring order and instituting security protections like those of other countries. More than 100 people have been arrested under the security law.

Defence lawyers said Mr. Tong’s penalty should be light because the court hadn’t found the attack was deliberate, no one was injured and the secession-related offence qualified as minor under the law.

Mr. Tong nodded but said nothing after Judge Esther Toh announced the sentence for a three-judge panel in the Hong Kong High Court. The former restaurant waiter wore a black shirt and tie with a blue blazer as he had throughout his trial.

As Mr. Tong was led out of the courtroom, spectators yelled, “We will wait for you!”

After the court adjourned, a spectator yelled to lead defence lawyer Clive Grossman, “Mr. Grossman, appeal!” Another lawyer, Lawrence Lau, said Mr. Tong expressed thanks to the Hong Kong public for their support.

The judges convicted Mr. Tong on Tuesday, ruling his actions were aimed at intimidating the government and public. It said carrying the flag was an act of incitement to secession, rejecting defence arguments that Mr. Tong couldn’t be proven to be inciting secession just by using the slogan.

Mr. Tong was sentenced to eight years for incitement to secession and 6 1/2 years for terrorism, with some time to be served concurrently for a total of nine years, said Ms. Toh, the judge.

Mr. Tong expressed remorse but that didn’t count toward reducing his sentence because he failed to plead guilty, the judges said in a written ruling. They said he had “good character” and no criminal record but due to the “serious offenses” those would not mitigate the penalty.

The sentence reflects “the abhorrence of society,” the ruling said.

Mr. Tong’s trial was conducted without a jury under rules that allow an exception to Hong Kong’s British-style common law system if state secrets need to be protected or foreign forces are involved. The judges were picked by Hong Kong Chief Executive Carrie Lam.

The protests began over an extradition law proposed by Ms. Lam’s government and expanded to include other grievances and demands for more democracy. At their height, thousands of people held marches and rallies every weekend.

The last pro-democracy Hong Kong newspaper, Apple Daily, shut down last month after journalists and executives were arrested. Its owner, Jimmy Lai, is serving a 20-month prison term and faces charges of colluding with foreigners to endanger national security.

Also last year, Hong Kong’s Legislative Council was rearranged to guarantee a majority to Beijing-allied figures. Rules for elected officials were tightened to require them to be deemed patriotic.

Last November, the remaining 15 pro-democracy legislators resigned after four were expelled for urging foreign governments to impose sanctions on China and Hong Kong over Beijing’s crackdown.

The United States stopped treating Hong Kong as a separate territory for trade, citing its reduced autonomy. Washington imposed travel and financial sanctions on leaders of China’s ceremonial legislature. Canada, Australia and other governments suspended extradition treaties with the territory due to the security law.

In December, 10 pro-democracy activists and protesters who tried to flee to Taiwan by speedboat were sentenced by a mainland court in the southern city of Shenzhen to prison terms ranging from seven months to three years. 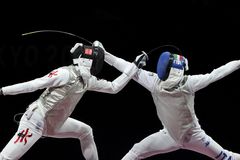 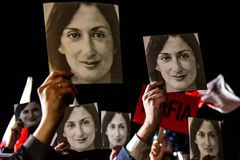 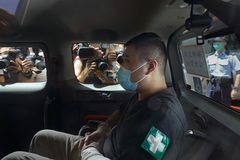