Hong Kong’s embattled government, which has enacted colonial-era emergency powers, said on Thursday it would not take any further measures to counter violent protests and rejected rumours that mainland Chinese security forces were involved in the city.

Shopping malls closed early on Thursday to avoid becoming targets of planned protests and the city’s metro, which has borne the brunt of violent unrest in recent weeks, shut three hours early.

By midevening protests had failed to materialize in any sizable form, with some 60 demonstrators gathering outside one police station. In contrast to massive daytime rallies, night protests generally see a few hundred demonstrators stage scattered events, often late at night.

Four months of large and often violent pro-democracy protests in Hong Kong pose the biggest popular challenge to Chinese President Xi Jinping since he came to power in 2012.

The protests started in opposition to an extradition bill that would have allowed Hong Kong residents to be sent for trial in Communist Party-controlled mainland Chinese courts, but have morphed into a broader pro-democracy movement.

China has accused some foreign governments, including Britain and the United States, of fanning anti-China sentiment over Hong Kong.

Hong Kong’s leader Carrie Lam introduced emergency laws last Friday, banning face masks that protesters use to shield their identities, in an effort to quell unrest. But the move sparked some of the worst violence since protests started.

Many Hong Kongers fear the emergency laws could be expanded and further erode their rights.

Hong Kong’s government said on Thursday that a policy address from Lam scheduled for Oct. 16, when the Legislative Council next sits, would not include any further measures to combat the violence.

“We have no further intention, particularly in the context of the policy address, of devising new measures to clamp down on protests,” Chief Secretary Matthew Cheung told a news conference. Lam has not ruled out asking Beijing for help.

“A protest if it’s legal, if it’s lawful, if it’s peaceful … in Hong Kong, assemblies and protests are part of Hong Kong’s landscape, part of our core values.”

Many Hong Kongers fear Beijing is eroding their freedoms and are angry at the city’s government for failing to solve social issues such as unaffordable housing and poor job prospects.

Under a “one country, two systems” formula adopted when Britain returned its former colony to China in 1997, Hong Kong has a high-degree of autonomy and its residents enjoy freedoms that do not exist on the mainland.

“The violence has been accelerating a lot. I think they (police) are really damaging the law and the legal system,” said protester David, a 27-year-old accountant, wearing a black mask and clutching a sign saying “Free Hong Kong.”

Police have fired live rounds and used baton charges and water cannons to quell the unrest. Two teenagers have been shot. Police fired 367 tear gas canisters over the long weekend, when tens of thousands of protesters took to the streets.

Apple Inc on Wednesday removed an app protesters have used to track police, prompting some to say they may “visit” Apple stores in Hong Kong.

Mok said in his letter that the app “helps citizens avoid areas where pedestrians not involved in any criminal activities might be subjected to police brutality.”

“We Hong Kongers will definitely look closely at whether Apple chooses to uphold its commitment to free expression and other basic human rights, or become an accomplice for Chinese censorship and oppression,” Mok said in the letter.

The PLA has a garrison in Hong Kong but troops have remained in barracks since the protests started.

On Sunday, Chinese soldiers issued a warning to Hong Kong protesters who shone lasers at their barracks in the city, in the first direct interaction between mainland military forces and demonstrators.

Besides calling for the protection of their civil liberties, many young protesters are also incensed at Hong Kong’s widening inequality, sky-high property prices and poor job prospects.

The Asian financial hub is facing its first recession in a decade, but it boasts the world’s most expensive property market, with prices rocketing over 200 per cent in the past decade, driven by limited housing supply and mainland Chinese buyers.

Tiny living spaces are common, some of the poorest living in cage homes – wire mesh hutches stacked on top of each other. A protester last month scrawled graffiti reading: “7K for a house like a cell and you really think we out here scared of jail.” 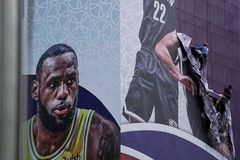 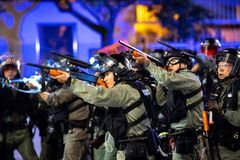 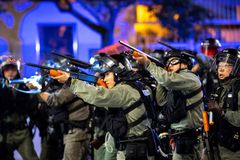