Russian Defence Minister Sergei Shoigu presided over an unusual ceremony last summer, handing out medals to some of the thousands of Russian soldiers who had taken part in the construction of a new railway along his country’s border with Ukraine.

“No doubt, the rapid construction of the Zhuravka-Millerovo line will go down in the glorious history of this brigade,” Mr. Shoigu told the assembled troops, using the official name of the small, seven-station railway. Analysts say the new railway has obvious military implications, allowing Russia to move tanks and troops quickly along its frontier should there be any widening of its four-year-old conflict with Ukraine.

There were others who aided in the construction of the line – better known as the Ukraine Bypass – which came into service at the end of last year. Among the Russian government’s partners on the project was Canada’s Bombardier Inc., which won an $8-million contract to install its signature rail-control systems along the route.

That, critics say, should never have happened given Bombardier’s status as a major recipient of Canadian tax dollars, and Canada’s foreign policy of supporting Ukraine in its de facto war against Russia.

Money from the Quebec and federal governments was key in helping Bombardier stay afloat after the company ran into financial trouble caused by cost overruns in the development of the new CSeries passenger jet. Quebec City was particularly active, and the province’s pension manager, La Caisse de dépôt et placement du Québec, injected money into Bombardier in 2015 by paying US$1.5-billion for a 30-per-cent stake in its transportation unit – the division that did the work on the Ukraine Bypass.

From the archives: Bombardier’s Kremlin connection: the building of Prince Vladimir

Bombardier spokesman Olivier Marcil said there was nothing controversial about the company’s involvement in the Ukraine Bypass. “This project is located 100 per cent inside the UN recognized borders of Russia, away from the Ukrainian border, meant to avoid passing through a conflict zone and to ensure a safe transportation of goods and passengers between the Voronezh and Rostov regions of Russia,” he said in an e-mailed response to questions from The Globe and Mail. Mr. Marcil said the company considered the project to be compliant with Canada’s sanctions against Russia.

But Paul Grod, the head of lobby group the Ukrainian Canadian Congress, said Bombardier’s participation in the Ukraine Bypass was “alarming,” given the hundreds of millions of dollars in loans and other assistance the company has received from Ottawa.

“The railway line has evident military implications – in moving Russian supplies and personnel – as Russia continues to wage a war of aggression against Ukraine,” Mr. Grod said. “The apparent involvement of a Canadian company in the construction of this project contradicts the government of Canada’s stated foreign-policy objectives of supporting Ukraine’s territorial integrity and sovereignty in the face of Russian aggression.”

Canada has been one of the Ukrainian government’s strongest backers since Moscow seized and annexed the Crimean Peninsula in 2014. The federal government has committed some $140-million in economic assistance to Ukraine over the past four years, and 200 Canadian soldiers are currently stationed near the city of Lviv, where they are training their Ukrainian counterparts for the continuing war against a Russian-backed separatist militia that has taken over parts of Southeastern Ukraine.

Construction of the Ukraine Bypass began in 2015, shortly after the annexation of Crimea, and as Russian fighters were regularly crossing the border to aid the separatists in the Donbass region of Eastern Ukraine. Bombardier signed onto the project early last year.

The railway got its nickname because it replaces a Soviet-era route that originates in Russia, then passes into Ukraine for three stops, before returning into Russian territory. The new line provides an unbroken link between Russia’s Western Military District and its Southern Military District, which has been the hub for Russia’s military interventions in the Donbass.

“It’s of highly strategic importance,” said Pavel Felgenhauer, a Moscow-based military analyst. He said that without the Ukraine Bypass, Russia – if it wanted to move military equipment between the Western and Southern military districts – would first have to send it several hundred kilometres in the wrong direction, east, before moving it back again toward the front line.

“Its main purpose is, of course, military – especially if there’s a [bigger] war with Ukraine,” Mr. Felgenhauer said. The Ukraine Bypass, he added, “allows the Russian military to easily swing around units behind the front line facing Ukraine in the Donbass, from south to north and back again. It allows strategic mobility, because in Russia the basis of strategic mobility is railroads.”

Mr. Felgenhauer said that more than 10,000 Russian troops were involved in building the line, indicating it was a high-priority project for the Kremlin.

The Ukraine Bypass is described in a March 6, 2017, internal Bombardier document obtained by The Globe as being necessitated by the “difficult international relations between Russia and Ukraine.”

Other Bombardier documents, made public by a Swedish court last year, show that one of its key partners on the Ukraine Bypass project – a Moscow-based firm called Transkomplektavtomatika – is related to a series of shell companies implicated in a bribery case brought by Sweden’s National Anti-Corruption Unit.

The internal Bombardier documents refer to Transkomplektavtomatika as being one of a series of companies controlled by Bombardier’s “Russian partners,” who are described in one memo as “a small group of powerful people,” including Alexey Krapivin and Yuriy Obodovskiy, two associates of former Russian Railways president Vladimir Yakunin.

The Ukrainian Canadian Congress has led calls for Mr. Yakunin – a long-time confidant of Russian President Vladimir Putin – to be added to the list of Russian individuals targeted for sanctions by Canada over the Kremlin’s actions in Ukraine, something the Liberals promised during the 2015 federal election campaign that they would do if they came to office. While Mr. Yakunin has been on the U.S. sanctions list since 2014, his name is still absent from Canada’s list. Bombardier has told The Globe that it did lobby Ottawa because “including Mr. Yakunin on Canada’s sanctions list could have unilaterally harmed a Canadian business.”

Mr. Yakunin stepped down as boss of Russian Railways in 2015, after allegations surfaced of massive corruption inside the state-owned company.

Mr. Krapivin and Mr. Obodovskiy were the main beneficiaries of Multiserv Overseas, the Britain-registered shell company that is the centre of a continuing bribery investigation in Sweden. That investigation has seen one regional sales manager charged and acquitted – a verdict that is currently under appeal – and five other Bombardier Transportation Sweden executives named as suspects.

The Swedish investigation prompted Bombardier Transportation president Laurent Troger to draft an April 13, 2017, memo, also obtained by The Globe, ordering a suspension of “all contracts involving Multiserv Overseas or any of their affiliated companies or shareholders or companies associated with them by way of identical directorships” until an internal review was completed.

It’s unclear whether that suspension affected work on the Ukraine Bypass, or whether the internal review is still continuing. Mr. Marcil said Bombardier could not answer questions about its business relationships in Russia owing to “non-disclosure and confidentiality obligations.”

Adam Austen, a spokesman for Foreign Minister Chrystia Freeland, said it was “the responsibility of Canadian companies to ensure that they are compliant with our sanctions regime while conducting business abroad.” 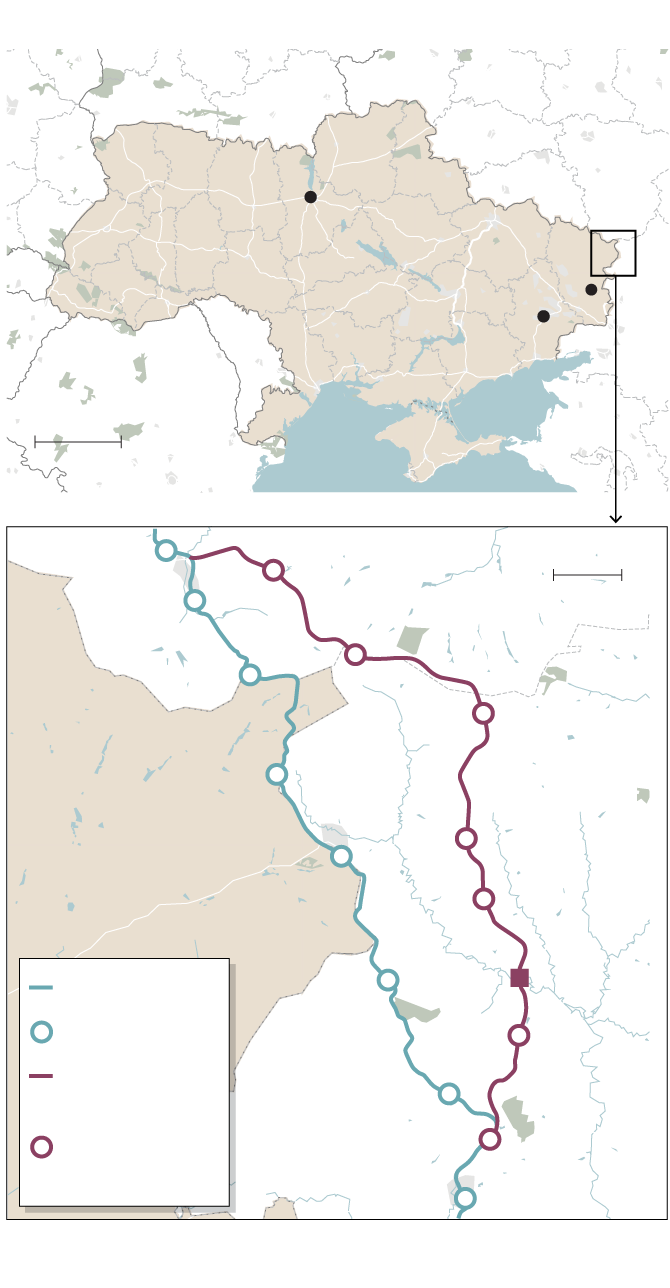 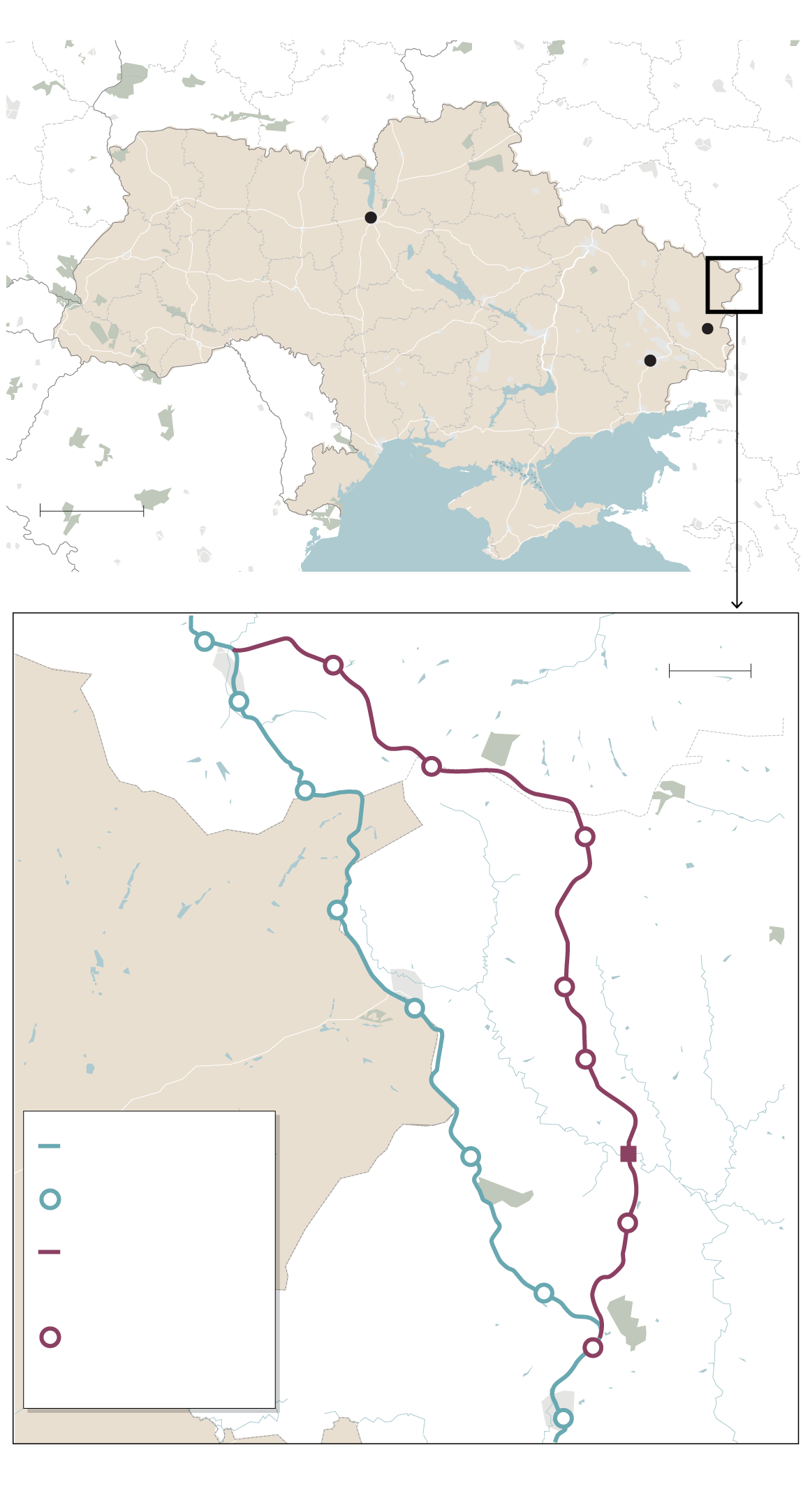