Huawei plans to shift research to Canada from the United States and manufacture some mobile network equipment outside China, its founder Ren Zhengfei says, as the Chinese tech giant seeks to combat an increasingly hostile White House.

Mr. Ren wants to build new factory capacity in Europe to make 5G equipment there, hoping to assuage fears – fanned in part by the U.S. security establishment – that the company’s ultrahigh-speed wireless technology can be employed as a spying tool by China.

He is also elevating Canada’s importance to Huawei as his company battles U.S. criminal charges and economic sanctions. Huawei’s “centre for research and development will be moved out of the United States. And that will be relocated to Canada,” he told The Globe and Mail in an interview on Monday at the company’s headquarters in Shenzhen.

Mr. Ren spoke 12 months after Canadian authorities arrested his daughter, Huawei chief financial officer Meng Wanzhou, at the Vancouver airport. U.S. prosecutors have accused her of committing fraud related to the violation of sanctions against Iran, but Canada’s political leadership believes John Bolton, then U.S. President Donald Trump’s national security adviser, was behind the extradition request that led to her arrest. Huawei and the Chinese government have long argued that Ms. Meng is the target of unfair prosecution.

“It’s obviously political interference from the U.S.,” Mr. Ren said. “I think Canada should ask Trump to reimburse its losses.”

In the wake of Ms. Meng’s arrest, China detained Canadians Michael Kovrig and Michael Spavor and blocked imports of billions of dollars’ worth of Canadian agricultural products.

Unlike Beijing, however, Mr. Ren’s fight is with the U.S. He has continued to hold Canada up as an example of openness that can stand in opposition to a more insular Washington, where the security apparatus has called Huawei untrustworthy and lawmakers have moved to block the company’s access to U.S. technology. (Canada has said it will review Huawei’s 5G technology but has not yet made a decision; Canadian security experts, along with intelligence agencies from other allies, warned against the risks of installing vital communication equipment from a country whose government is considered a serious cyber threat.)

And the past year has only strengthened Huawei’s resolve to attack a U.S. government that has, so far, proved unable to inflict more than surface wounds on a company Beijing sees as a national champion.

In September, Huawei released its first major smartphone free of U.S. components, the Mate 30 Pro. It has stripped U.S. technology from the 5G equipment it is selling around the world. By the end of next year, Mr. Ren expects the entire consumer lineup to be purged of U.S. parts.

In the meantime, Huawei continues to boost sales by billions of dollars a quarter, with revenue up 24.4 per cent in the first nine months of the year – evidence, Mr. Ren says, that dark warnings from Washington have failed to scare away buyers.

“We don’t have a deficit of trust. We have a strong surge of a trust surplus,” he said.

Huawei expects to emerge from the trials of 2019 stronger and fitter – finding new ways to pivot from the problems it has encountered outside China, while dismissing new criticism that its technology has enabled human-rights violations on home soil.

The company won’t consider breaking off lines of its business or accepting outside investment.

But it is reconfiguring in some areas in response to global pressure.

In Canada, for example, Huawei has added 300 employees this year, for a total of 1,200, and is shifting north functions previously housed in the U.S.

“The director in charge of business plans in the United States is actually working in Ottawa,” Mr. Ren said. Last year, the company spent US$510-million on the operations of Futurewei, its U.S. research arm. It has now trimmed that work force by 600, to about 250, after U.S. restrictions impeded its ability to work with Futurewei employees.

“We can’t exchange calls or e-mails with them,” Mr. Ren said. “That’s why we will shift our focus of development more toward Canada.”

Huawei already boasts a sizable science and engineering base in the Ottawa area. The speed of relocation will depend in part on whether the company can bring U.S. citizens and green card holders to Canada.

At the same time, external pressure is also pushing the company toward Europe, where, Mr. Ren said, it has “plans to set up factories.” By manufacturing 5G equipment outside China, “the cost may be a little higher, but we may be able to win more trust from Europe.” As he spoke, his staff intervened to remind him that such a plan remains subject to a feasibility study.

But it’s clearly a concept he has considered, saying a European plant will be largely automated. So it “will not face the issues European companies have with trade unions,” he said. At the same time, he said he hopes investment in Europe “will be of benefit for us to enhance partnership and co-operation with European countries.”

Mr. Ren has also offered to license Huawei’s 5G technology to U.S. firms, but has yet to receive any direct interest from telecommunications companies there.

The changes underscore the scale of the company’s response to an increasingly hostile White House.

For many months after Ms. Meng’s arrest, Mr. Ren personally doubted the seriousness of the case against his daughter, even as that event set in motion a chain of deeply rattling events for Canada. “We thought it was a misunderstanding,” he said. Only when the U.S. sanctioned Huawei with strict export controls in mid-May did he realize “that the fundamental purpose of the United States is to try to crush Huawei, and Meng Wanzhou was only used as a pawn.”

But Mr. Ren rejected the notion of a plea deal with U.S. prosecutors, a manoeuvre that, legal experts say, could allow Ms. Meng to avoid jail in exchange for a fine or other punishment.

“Not possible,” he said. “The U.S. is the side that should plead guilty.” Even if a plea deal allowed for the release of Ms. Meng and eased tensions between Canada and China, “it’s not worth it,” he said, calling it “a matter of principle.

“She has committed no crime, and we have full confidence in the judicial system of Canada,” he said.

Prosecutors in New York have marshalled substantial evidence against Huawei, including a PowerPoint presentation to a bank in which Ms. Meng provided what they call false assurances that the company had no business relationship with a subsidiary in Iran. Huawei denies the charges, which have not yet been examined by a court.

On Sunday night, Ms. Meng marked a year under arrest with an emotional note posted to social media, writing that the “past year has witnessed moments of fear, pain, disappointment, helplessness, torment and struggle.”

But Mr. Ren, among China’s most powerful and celebrated corporate figures, was unsentimental about the situation, saying he had not read his daughter’s online note beyond its poetic title, which he disliked. “People around the country are busy focusing on their work, creating wealth and trying to improve revenue and profit generation. There’s no way for people to spend too much time and energy to feel what she feels,” he said.

He has already dismissed the idea of Ms. Meng as his successor, but her arrest may make her a better chief financial officer, he said: “The hardship that she has been through will help strengthen her willpower.”

He grew more animated when he turned to the topic of other people in Canada he considers important: Yoshua Bengio, Geoffrey Hinton and Rich Sutton – researchers he calls the founding fathers of artificial intelligence.

Mr. Ren sees potential in Canada as a global testing ground for autonomous agriculture and remote Arctic mining. But it’s also a Canadian imperative to develop, he argued, recommending that Prime Minister Justin Trudeau gather the three men for quarterly coffee meetings. “Artificial intelligence is an urgent necessity for Canada, as a country with a small population, rich resources and a large geography,” he said.

Ottawa “should make the development of artificial intelligence its national strategy,” Mr. Ren said. Such a strategy would involve attracting talent, he said, dismissing the idea that Ottawa should provide financial support.

“If they need more money, I can give them money,” he said. “I’m richer than the Canadian government.” 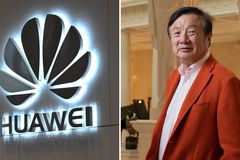 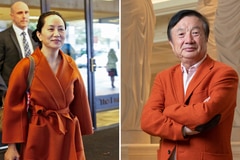