In a nine-day rampage of horrifying proportions, Eritrean troops systematically massacred hundreds of unarmed civilians in the ancient Ethiopian town of Axum, a new report by Amnesty International says.

The massacre in the Tigray region, which left bodies strewn across the streets and cobblestone plazas of the historic Christian pilgrimage site, should be investigated by the United Nations as a possible war crime and a crime against humanity, Amnesty says in the report to be published on Friday.

“All we could see on the streets were dead bodies and people crying,” said a witness who is quoted in the 25-page report. Amnesty is not identifying the witnesses and survivors it interviewed because of dangers to their safety.

In their accounts, they told Amnesty that the Eritrean troops used machine guns and house-to-house raids to intensify the killing. One man said he watched six civilians shot dead. “He said the soldiers lined them up and shot from behind, using a light machine gun to kill several at a time with a single bullet,” Amnesty said.

The Ethiopian government launched a military offensive in the rebellious region of Tigray in northern Ethiopia in early November. Troops from neighbouring Eritrea, a long-time enemy of Tigray’s ruling party, quickly crossed the border to support the offensive. The Ethiopian and Eritrean troops seized control of Axum on Nov. 19, and the massacre took place over the following nine days, Amnesty said.

Amnesty said it interviewed 41 witnesses and survivors, many of whom had fled to Sudan as refugees. It also used satellite imagery and digital video verification to corroborate reports of mass graves and indiscriminate shelling.

The report will increase the pressure on the international community to take a stronger stance against Ethiopian Prime Minister Abiy Ahmed, who has defended the war in Tigray as a mere “law enforcement operation” with no civilian victims.

Prime Minister Justin Trudeau held a virtual meeting with Mr. Abiy on Thursday. After their meeting, Mr. Abiy said it was a “productive” and “constructive” conversation on “national and regional security issues,” but he gave few details.

“Canada has always been a strong partner of Ethiopia and we will continue to build on the existing partnership,” Mr. Abiy said in a tweet after the meeting.

Mr. Trudeau’s office said the two prime ministers discussed the importance of humanitarian access and human rights in Tigray, among a number of issues. His media-relations office, however, did not respond to questions from The Globe and Mail about whether Mr. Trudeau had raised the issue of the Eritrean troops in Ethiopia or the need for accountability for atrocities in the war.

Because the Ethiopian government has banned any independent media from entering Tigray, and because it has largely shut down internet and mobile-phone access in the region, reports of the massacre in Axum were slow to emerge. The first reports were in early January and were not independently verified until now.

Axum is one of Africa’s oldest cities, the former capital of the Aksumite Empire, a trading empire that ruled from 2,400 years ago until the 10th century. Its ancient obelisks and palace ruins have been declared a World Heritage Site. Before the Tigray war, it was a major tourist town. It is considered Ethiopia’s holiest city and a place of religious pilgrimage.

Amnesty International says the massacre in Axum was one of the worst atrocities in a war that has reportedly killed thousands of people. It said the killing began with the aerial bombing of Axum in the second week of November, followed on Nov. 19 by indiscriminate artillery shelling of the city by Ethiopian and Eritrean forces, which terrified the residents, killing many of them and forcing many others to flee.

After the capture of the city, the Eritrean troops carried out extrajudicial executions and widespread looting of shops, hospitals and homes, the Amnesty report said. But the worst killing of unarmed civilians was on Nov. 28 and 29, after a small band of Tigrayan militiamen had attacked the soldiers.

In total, Amnesty said it had collected the names of more than 240 victims who were killed in Axum.

“The evidence is compelling and points to a chilling conclusion: Ethiopian and Eritrean troops carried out multiple war crimes in their offensive to take control of Axum,” said a statement by Deprose Muchena, the Amnesty director for East and Southern Africa.

“Above and beyond that, Eritrean troops went on a rampage and systematically killed hundreds of civilians in cold blood, which appears to constitute crimes against humanity,” he said.

“This atrocity ranks among the worst documented so far in this conflict. ... As a matter of urgency, there must be a UN-led investigation into the grave violations in Axum.” 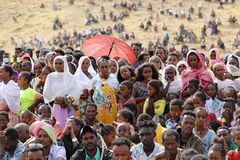 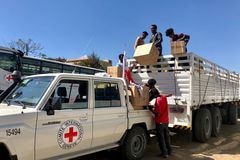 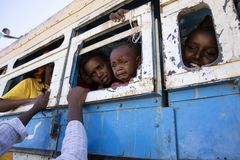