One woman spent two years working at an international school in the United Arab Emirates. Another woman purchased a SIM card for her sister. One man chatted with his wife in Kazakhstan on WeChat, the Chinese media app. A sister and brother married people with foreign passports.

Western scholars estimate local authorities in China’s far western Xinjiang region have interned hundreds of thousands of people – perhaps as many as a million – in a network of political indoctrination centres in the past two years. Many of those detained are Uyghurs, a largely Muslim Turkic minority in the region.

Family and friends outside China have struggled for months to learn any information about loved ones detained in Xinjiang. Anxious that speaking out could harm those who vanished, many kept silent.

Now, that calculus is changing. As some detainees exceed a year in indoctrination centres, relatives and acquaintances are casting aside silence in hopes they can be more effective advocates. With that has come a rush to document the disappeared.

Uyghurs around the world are uploading personal video testimonials, sending information to Uyghur organizations and adding names of the vanished to a small but growing Xinjiang Victims Database, a nascent catalogue of Muslims missing in western China.

Among the first additions to the database are Ilham Turdi and Aygul Turap, the brother and wife of Umerjan Turdi, a musician living in the Netherlands. Authorities detained the pair because of their relationships with people overseas, Umerjan said, even though Ilham divorced his American wife in 2015 after a brief marriage.

The family showed the divorce judgment, which The Globe and Mail has reviewed, to police in Xinjiang. It shows the couple separated six days after their wedding. But police responded that Ilham had “stayed with that American girl for too long a time, and his brain had been destroyed,” Umerjan said. Police told the family that Ilham would be sent to what the family calls “re-education” after he was subjected to several months of questioning.

Ms. Turap, Umerjan’s wife, is an acclaimed dancer. She disappeared Oct. 24, 2017. Umerjan also hasn’t spoken for a year with his 14-year-old son, who remains in Xinjiang. In one of their last conversations, his son said his teacher checks his phone every two days and “warned him to not communicate too frequently with me, or ‘your mom won’t be released,’” Umerjan said.

The mass indoctrination system in Xinjiang gained global attention in recent months. A United Nations committee raised the alarm about the plight of the Uyghurs this past summer. And in October, the U.S. Congressional-Executive Commission on China raised the prospect “crimes against humanity” are being committed against Muslims on Chinese soil. Xinjiang’s mass indoctrination centres are expected to be an area of focus during a major United Nations Human Rights Council review of China next week.

The Chinese government has argued it is confronting an extremist scourge in Xinjiang and is protecting human rights by ensuring the stability of a region that makes up one-sixth of the Chinese landmass.

China said it provides skills and employment training in Xinjiang detention centres. Several weeks ago, however, a rule change allowed for the use of “education and transformation,” a term used inside the country for mass indoctrination. Former detainees said authorities force recitation of Communist ideology and pledges of loyalty to Chinese President Xi Jinping.

Thus far, only limited attempts have been made to identify individuals who China has detained for indoctrination.

Many Muslims inside Xinjiang cut off communication with those outside China. This makes it difficult to gather information and even harder to verify it. And there are few reports of people being released from the indoctrination centres.

In neighbouring Kazakhstan, Atajurt, a local human-rights group, has interviewed “thousands of people” to compile evidence, said the group’s leader, Serikjan Bilash. The group is documenting the stories of ethnic Kazakhs from Xinjiang who now live in Kazakhstan, but whose relatives have been caught up in the same indoctrination system as many Uyghurs.

Atajurt posts many of the interviews on YouTube. Elsewhere, Uyghur family members posted their own accounts to social media.

The World Uyghur Congress, which represents Uyghur interests, this past spring collected 680 names of people believed to be indoctrination detainees and forwarded them to the European Parliament. However, “very few people came forward and gave us the names of their relatives or of friends,” said Omer Kanat, who chairs the executive committee of the World Uyghur Congress.

“At the time, people were cautious,” he said, and efforts since are “a little bit unco-ordinated.”

In Turkey, one man collected roughly 50 names of detained writers, poets, scholars and business leaders. A community organizer in Canada gathered accounts from 79 Uyghurs. In Australia, “we have just started this process in a slow manner,” said Mamtimin Ala, a Uyghur scholar and activist in Sydney. He attributed the sluggish pace in part to “the effect of trauma. Some people are in the grip of deep shock without knowing what to do.”

The scattershot approach contrasts with the co-ordinated efforts by other persecuted Muslim groups around the world. In Bangladesh, for example, ethnic Rohingya who fled Myanmar compiled lists of more than 10,000 names of people they say were killed.

The intent of the Xinjiang Victims Database is to “have one place where you could start storing all this information.” Its creator, Gene Bunin, is a Russian-American linguistic researcher who lived in Xinjiang until earlier this year, when police made clear he was no longer welcome.

Mr. Bunin hopes the database grows large enough it becomes a reassurance, with enough names “that people stop being afraid of actually going forward and saying, ‘I have such and such a relative, such and such a friend. Here is their name. They’re currently in camp. Here is a picture,’” he said. “Right now if people do that, they’re afraid of retribution.”

The database remains small – with 282 names by this Thursday – and some of its entries appear to describe people in prison, rather than political indoctrination. Some Canadians contributed names to the database.

Its establishment and growth come when growing numbers of expatriate Uyghurs concluded they could achieve more by speaking up.

As weeks turn into months and now pass a year for some detainees, people “become hopeless that relatives or loved ones would not be released,” Mr. Kanat said. More people are coming forward now and the World Uyghur Congress is now sifting through a deluge of submissions. “We are overwhelmed by this. They are sending names, they are sending [links of] themselves posting on Facebook. They are talking, they are actually testifying everywhere.”

Among those contributing names to the Xinjiang Victims Database is Timothy Grose, a professor of China Studies at the Rose-Hulman Institute of Technology in Terre Haute, Ind. He has submitted several entries on behalf of other people.

Creating a database “presents undeniable evidence, especially when people have gone to the extreme of presenting and making scanned copies of ID cards, of passports. Because this has all of the important political information that the Chinese Communist Party could use against that victim,” Prof. Grose said. “That takes bravery and courage, even a kind of desperation.”

‘My wife has become more considerate. My kids are proud’: China offers its own account of political indoctrination camps
October 17, 2018 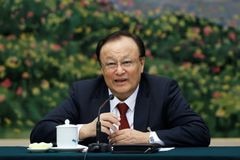 Opinion
Why did China’s mass ethnic roundup go unnoticed for so long?
September 20, 2018 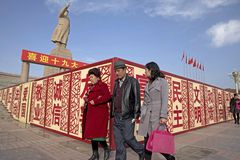 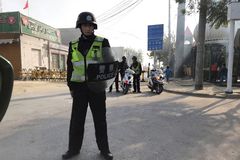