Leta Strauss lives in fear of COVID-19. She was fully vaccinated before the end of February, but still arranges a meeting at a public park, part of a strategy of avoiding indoor spaces. She keeps a mask at the ready.

“With people here not getting vaccinated I’m very careful,” says Ms. Strauss, 75. Her home in Idaho County is one of the least-vaccinated places in the United States. Just 25.3 per cent of people here have received a full vaccine course.

“Any time you have to be with a group of people, you have to know that 75 per cent of them have not been vaccinated. No matter what group you’re in,” Ms. Strauss says. A retired federal worker, she chairs the board at Syringa Hospital and Clinics, the local health care provider, which has seen a dramatic rise in COVID-19 patients in the past week.

But when it comes to ensuring staff at the hospital have taken COVID-19 precautions similar to her own, Ms. Strauss feels differently. She has not supported a board-imposed vaccine mandate on the hospital. When another board member proposed this week to order testing for unvaccinated hospital workers, she opposed that idea, too.

It is a stance rooted largely in pragmatism. Only half of Syringa’s own staff have been vaccinated, and other hospitals in the area have not mandated vaccines. “So we’re kind of in a precarious position of, ‘what do we do?’ ” Ms. Strauss said. Mandate a vaccine and “you might lose 25, 30 per cent of [hospital workers].” Better to have unvaccinated nurses “than having no nurses to take care of sick patients,” she says. “That’s kind of where we are.”

With 16 beds, the Syringa hospital in Grangeville, the Idaho County seat, lies on the fringes of the U.S. health care system.

But this small medical outpost sits at the core of the most difficult questions facing a country whose efforts to combat COVID-19 have been subverted by a deep-seated hostility toward authority and a brand of patriotism that values individual liberties above all. What happens in Grangeville and places like it suggest that a major new effort by Joe Biden’s White House to enforce vaccine compliance could result in new hardships in communities where vaccine rejection has calcified into an article of faith.

“I will quit or I will be fired. I will not get the shot,” said Krystyna Sherrer, 36, a hospice nurse in Grangeville. She compares it to ethical choices in her own work: she would not force a patient to take something. But “you’re going to force us into something that we feel isn’t safe for us to take, and make that decision? That’s not okay.”

The White House has pledged to require vaccines for all health care providers that receive reimbursement from the Medicare and Medicaid programs. At Syringa, 54 per cent of in-patients come through the Medicaid program. “Our hospital – without that payment – isn’t going to be a hospital, very quickly,” Ms. Strauss said. Elsewhere, vaccine mandates have resulted in considerable new uptake and few job losses. Ms. Strauss worries that Grangeville will be different, and that losing nurses over vaccine requirements will also mean “we can’t operate the way we’re operating now.”

“We’re caught in a real dilemma,” she said. 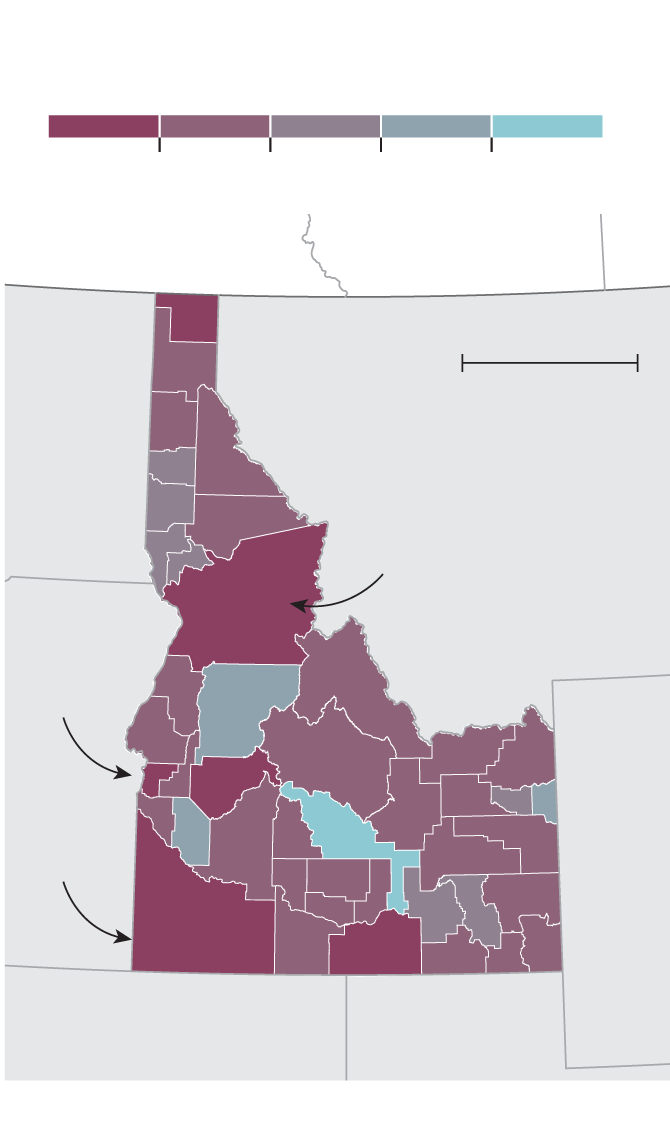 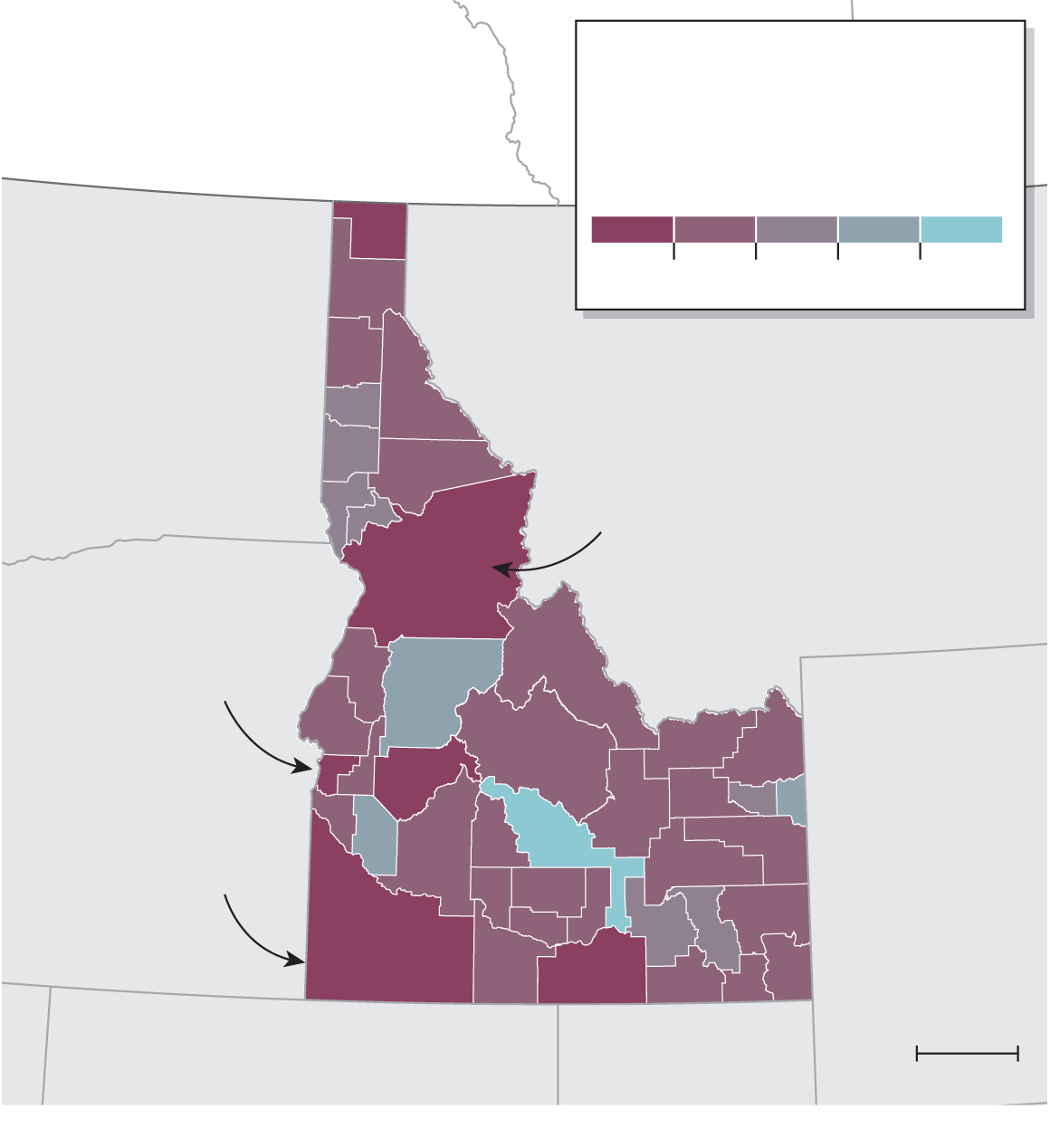 Across the U.S., the latest wave of infections is once again killing thousands of people a day. Nearly 700,000 people have now died of the coronavirus, a milestone that surpasses the number of fatalities from the flu epidemic of 1918-19. In Idaho, the numbers of COVID-19 cases and deaths has risen to levels never before seen, with 53 dead on Thursday alone. Case volumes are so high that state officials have been unable to process some 11,200 positive lab results.

Local officials predict the current outbreak will not peak until November. Already, doctors have reported a rise in stillbirths to women infected while pregnant. Some hospitals are running in crisis standards of care, cancelling or postponing non-emergency surgeries.

Elke Shaw-Tulloch, the administrator for the state’s Division of Public Health, shed tears this week as she expressed helplessness. “I worry every single day that we have not done enough as a society to protect our loved ones from needless suffering” and “we have let a narrative prevail that does not support vaccines and public-health mitigation measures,” she said.

Idaho has the lowest vaccination rate in the U.S., with just 47 per cent receiving at least one dose, according to a Mayo Clinic tracker. Over the past four months, unvaccinated people have accounted for roughly 90 per cent of hospitalizations and deaths. But the state’s governor, Republican Brad Little, has refused to require the jab.

He has instead threatened legal challenges to the federal vaccine mandate, calling it an “unlawful act of unprecedented government overreach” that amounts to bullying people “into submission.”

“I want people to get vaccinated, but I want them to choose to do it,” he told television station KMVT this week.

Idaho County, with the lowest vaccination rate in the state, has shown little appetite for that.

The opinion pages of the Idaho County Free Press have become a clearing house for what many see as a battle for civic souls rather than public health. Impose a vaccine mandate, Betsey Morris from Kooskia wrote, and the “USA will become just like Nazi Germany, China, Cuba or Australia. Think about it. We are not far from being controlled like them.”

In Grangeville, masks are barely visible on the street. The board of a nearby school district sought to impose a mask mandate, but it lasted barely a day following a parental revolt. Those reminding hospital visitors to wear masks have been the target of abuse.

Some outright reject the basic science around the novel coronavirus. “We’ve all been sick here, all got over it. We know it’s [a] cold,” says Barry, a woman who gave only her first name before brushing off a reporter. “They chose this time to make people mask up, see what they could do as far as control – and it went like wildfire. They succeeded.”

Grangeville, a city of 3,200, sits on the edge of a canola prairie surrounded by elk-dotted mountains and rivers whose two-and-a-half-metre sturgeon and churning rapids make it a recreational draw. Explorers Meriwether Lewis and William Clark passed not far from here in the early 1800s. Two centuries later, the sense of being on the frontier maintains a hold on those who see their home as an emblem of American ideals.

The idea that government would require vaccination is “horrible,” said Fred Stevens, a Bible-college-trained construction worker. He sees individual liberty as a national bedrock, one threatened by mandates for vaccines and masks. “What I’m talking about is our ideals. I’m talking about the foundation of the nation. Which I’m not willing to yield,” he said.

Grangeville is 92 per cent white – it counts nine people who are Black – and, in the 2020 presidential election, Idaho County voted 81.5 per cent for Donald Trump. (The state has not voted for a Democrat as president since 1964.) Grangeville boasts well over a dozen churches.

“There are a lot of people in this region who are God-fearers,” Mr. Stevens said. “They’re not here to tell you how you should live. But they’re certainly not willing to let government tell them how they should live.”

And many aren’t willing to take a vaccine.

Vaccines have been available in Grangeville since the beginning of the year. But after an initial rush of people, it became “very common for us to break open a vial of Pfizer or Moderna during the course of a day, and then have three or four leftover shots,” said Danny Griffis, a doctor who worked at Syringa for 11.5 years, but recently decamped for Alaska.

The ranks of those abstaining from the vaccine include the majority of non-physician staff at Syringa. “And these are the people who are watching these very ill people come in respiratory distress,” he said. “It makes me sad.”

Reluctance among health care workers has only reinforced a community belief that COVID-19 inoculation is inadvisable.

“You have these front-line medical workers that are saying, ‘No, I’ll lose my job before I get the jab.’ Huh. What does that say about the need to get vaxxed?” said Skip Brandt, a hang glider and aircraft pilot who is chair of the Idaho County Commissioners, and the area’s most prominent politician.

He believes he contracted COVID-19 in August, though he was not tested. “And frankly, I’d rather have it again than the flu,” he says. Mr. Brandt has been contradicted by his own brother, Lucky, who has advocated vaccination after most of his family became sick.

COVID-19 skepticism in Idaho County has been bolstered in part by the relatively slow spread of the virus in a rural setting where social distance is a basic fact of life. That has begun to change. Last weekend, eight of nine admissions to Syringa had COVID-19. “And the one that wasn’t was a mom delivering a baby,” said Abner King, the chief executive officer of Syringa Hospital and Clinics.

“It’s getting stressful right now,” he said. Having just half of the hospital staff vaccinated is “nothing to be proud of,” he said. But he expressed sympathy with those who feel treated badly for refusing the jab.

And he is no advocate of vaccine requirements. Early in the pandemic, hospitals struggled to get enough personal protective equipment. Today, the greatest difficulty is getting enough nurses. “Vaccine mandates, especially in rural areas, are going to create more shortages,” he said. 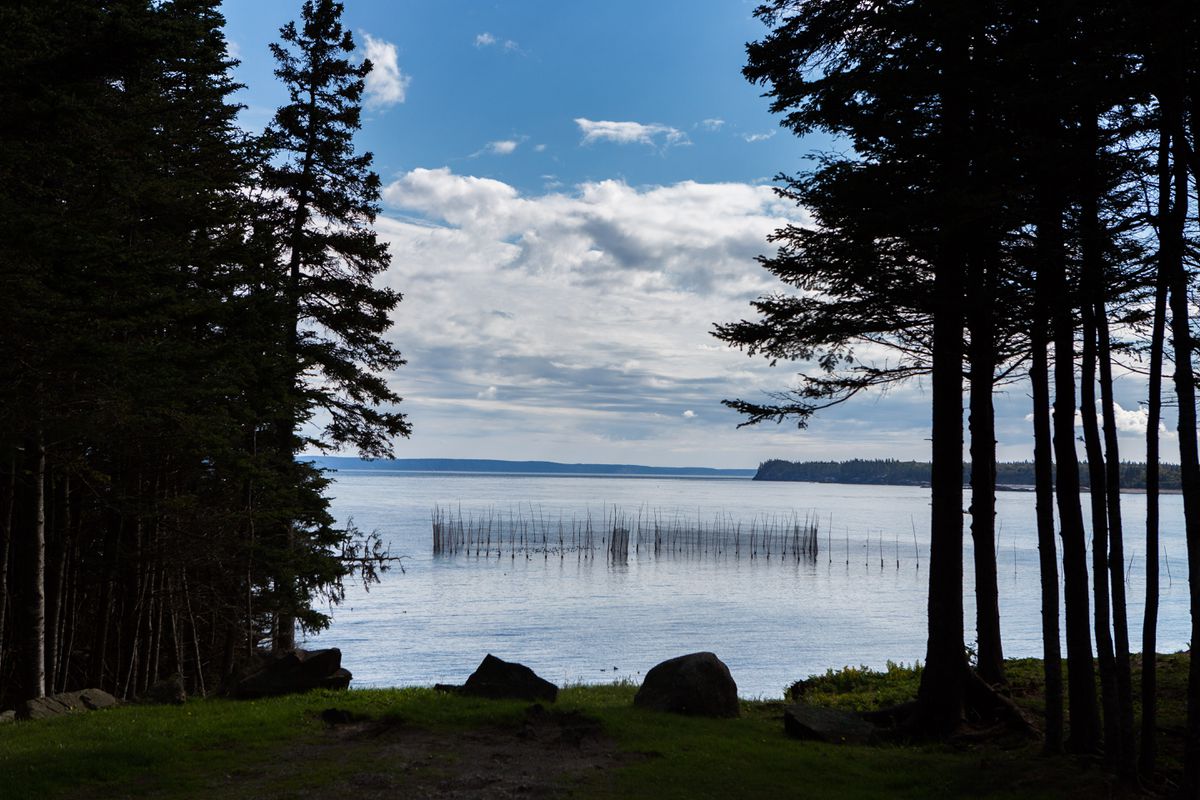 On Campobello Island, N.B., continuing COVID-19 restrictions at the Canada-U.S. border – which, for many, is one of the only ways in and out – have created economic anxiety and a desire for more stable transport links with Canada. Greg Mercer reports