For more than five months, Belarusian strongman Alexander Lukashenko has had to listen to protesters calling for his ouster. But none of the demonstrators’ chants likely bothered the man known as “Europe’s last dictator” as much as Monday’s decision by the International Ice Hockey Federation to strip Mr. Lukashenko’s regime of its role as co-host of the 2021 world championship.

Mr. Lukashenko is a hockey fanatic who regularly plays the sport (usually against opponents who know better than to block his shots) and who has berated the Belarusian national team more than once for poor performances. At one point last year, he suggested that playing hockey – along with drinking vodka and going to the sauna – could help prevent the spread of COVID-19.

Mr. Lukashenko lobbied hard to have his country named the co-host, along with neighbouring Latvia, of this spring’s world championship. When it was awarded in 2017, he vowed Belarus would stage one of the best tournaments ever seen.

But Mr. Lukashenko – who continued to press the IIHF to hold the tournament in Belarus as planned, even as protests and police violence erupted in the country – will now have to watch the games on television like everyone else. The IIHF announced on Monday that it was moving the tournament away from Belarus “in the face of the growing safety and security concerns related to both the rising political unrest and COVID-19.”

Holding part of this year’s tournament in Minsk would have been a signal that life was returning to normal in Belarus after the disputed presidential election last year that most Belarusians believe was won by challenger Sviatlana Tsikhanouskaya. The IIHF’s decision to move the games away from Belarus – which followed pressure from sponsors, as well as governments including Canada’s – signifies that business-as-usual won’t resume so quickly.

“This is a very symbolic moment because Lukashenko, for the first time, has been deprived of his favourite sports show. Ice hockey is a religion for Lukashenko and his people in the regime,” said Franak Viacorka, foreign affairs adviser to Ms. Tsikhanouskaya. “This further shows that [Mr. Lukashenko] isn’t a legitimate leader anymore. It’s a victory for civil society.”

Canada, the United States and most European countries have declared that they no longer regard Mr. Lukashenko as the rightful leader of Belarus. Mr. Lukashenko’s regime has received economic and diplomatic support from Russia, which fears the West is trying to pry Belarus from its orbit.

The IIHF made its decision after Czech automaker Skoda and German motor oil producer Liqui Moly, two major sponsors, declared over the weekend that they would withdraw their backing if games were held in Belarus. “We’ve been a proud partner for 28 years. But we also respect & promote all human rights. Therefore, Skoda will withdraw from sponsoring the 2021 IIHF Ice Hockey World Championship if Belarus is confirmed to be co-hosting the event,” read a statement on Skoda’s Twitter account.

The IIHF said it would explore whether Latvia could continue as a host or co-host of the event, which is supposed to take place May 21 to June 6. Slovakia, which staged last year’s tournament, and Denmark, which played host in 2018, have also been mentioned by IIHF officials as potential stand-in hosts or co-hosts.

Mr. Lukashenko had invested substantial personal effort in recent days trying to convince the IIHF to buck the pressure and allow Belarus to continue as a co-host. On Jan. 11, he hosted IIHF president René Fasel at his palace in Minsk, where cameras captured the two men hugging and laughing like old friends. (The two men, who each rose to their current positions in 1994, are believed to be close. In 2012, Mr. Lukashenko awarded Mr. Fasel a medal for his “revolutionary” contributions to Belarusian hockey.)

It was a greeting that enraged the opposition. “Fasel is shaking hands and hugging the dictator,” Ms. Tsikhanouskaya tweeted from Lithuania, where she has been living in exile since receiving threats. “A few miles away from them, people are imprisoned in inhumane conditions as political prisoners.”

More than 25,000 people have been arrested or detained since the protests began last August, according to Viasna, a Belarusian human-rights organization. At least four people have been killed amid widespread allegations of violence and torture by Mr. Lukashenko’s security forces.

The head of the Belarusian Ice Hockey Federation, Dmitry Baskov, has been named by the opposition as having personally overseen the beating of Roman Bondarenko, a 31-year-old protester who later died of his injuries. Latvia has declared Mr. Baskov a persona non grata as a result of his alleged role.

Amid a media storm in his native Switzerland, Mr. Fasel admitted last week that his meeting with Mr. Lukashenko “went a bit wrong” and had been “embarrassing.” He said he didn’t mean to give the impression that the IIHF supported Mr. Lukashenko’s crackdown.

On Monday, Mr. Fasel said it was “very regrettable” that the tournament had to be moved from Minsk. He said the IIHF “had tried to promote that the world championship could be used as a tool for reconciliation to help calm the socio-political issues happening in Belarus and find a positive way forward.”

Mr. Viacorka said an old friend like Mr. Fasel turning away from Mr. Lukashneko showed that international pressure on the regime was working – even though street protests in Minsk and other Belarusian cities have subsided in recent weeks. “The sponsors who refused to participate – it’s an important signal that private business can do much more than we expect. Business can help build democracy in Belarus.”

On Monday, the Belarusian Sport Solidarity Foundation, which supports the opposition, said the IIHF’s decision “brought back the faith of the Belarusian people” and showed “sports forums cannot be held in countries where violence and torture are used against civilians.”

Opinion
Standing up for human rights in Belarus is moral duty, not political interference
January 18, 2021 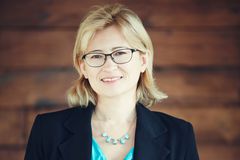 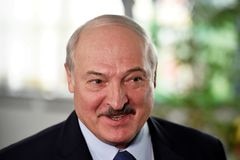 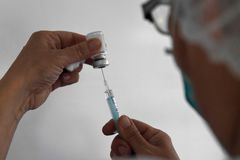