A team from the International Monetary Fund (IMF) met Lebanese government officials on Thursday at the start of a visit to advise on how to tackle the country’s crippling financial and economic crisis.

The IMF has said its team will stay until Feb. 23 to provide broad technical advice. Lebanon has not requested financial assistance from the Fund as it draws up a plan to confront the crisis.

“The Fund is giving its view in light of the present circumstances and the financial, economic and reform measures Lebanon needs,” Finance Minister Ghazi Wazni said in a statement issued by the prime minister’s office.

“The Fund delegation will continue its work until the completion of co-operation with Lebanon to prepare the plan,” Wazni said.

As the crisis deepens, hitting ordinary Lebanese hard, there is no sign of foreign aid. Western and Sunni-led Gulf Arab states that helped in the past have made clear that any support hinges on Beirut implementing long-delayed reforms to address root causes such as state corruption and bad governance.

Prime Minister Hassan Diab’s government – which took office last month with the backing of the Iran-backed Shi’ite group Hezbollah and its allies – must decide what to do about looming debt payments, most importantly a $1.2-billion dollar-denominated sovereign bond due on March 9.

The Lebanese banking association urged President Michel Aoun to find a quick resolution for the fast-approaching bond payments in order to curtail losses from falling bond prices that are piling pressure on banks.

The association said the bonds should be dealt with in a “technical way far from politics” and that a solution could be reached with creditors in an orderly way given that investment funds abroad had shown a willingness to negotiate.

“If they (authorities) have realized they need to restructure it would be insanity to pay in March,” said head of Greylock Capital Hans Humes, who helped form a discussion group this month for bondholders to discuss options.

“There is no need to replay what happened with the province of Buenos Aires in Argentina a couple of weeks ago,” said Humes, referring to the province’s late decision to pay a bond in full after efforts to strike a deal failed.

One of Lebanon’s most influential politicians, Parliament Speaker Nabih Berri, said on Wednesday that debt restructuring was the best solution.

Lebanon will on Friday review proposals from companies bidding to provide financial and legal advice on its options, a source familiar with the matter said. The government aims to take a quick decision on who to appoint, the source added.

The finance ministry said in a statement it had issued requests to 12 companies to serve as a financial adviser for a potential debt restructuring.

The government on Wednesday formed a committee tasked with preparing an economic recovery plan that includes ministers, government officials, a central bank representative and economists, according to a copy of a decree seen by Reuters.

With hard currency in short supply, banks have been limiting depositors’ access to dollars and blocking transfers abroad since October. The Lebanese pound has slumped from its official peg on a parallel market.

Dollars were being offered on Thursday at 2,450 pounds, reflecting a 60 per cent weakening of the local currency, a dealer said.

Lebanon’s new government weighs whether to pay or default on its Eurobond next month Subscriber content
February 13, 2020 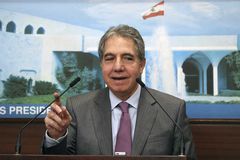 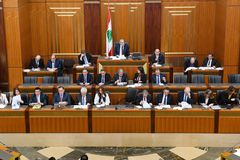 A Valentine for Lebanon: 15 years after Rafik Hariri’s killing, the country is caught in a cycle of bloodshed and injustice
February 14, 2020 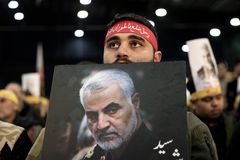