“When I opened the door, there was an army guy standing with a huge gun in my face,” Ishmael Adams said.

The Cape Town man is describing how the South African army and police stormed his home as part of Operation Lockdown, a government initiative to fight crime and violence in the city’s 10 deadliest communities, including Mitchells Plain, where Mr. Adams lives.

There was a time when encounters with law enforcement would not have surprised him. He is a former drug addict. His mother, Connie Daniels, also sold the barbiturate-like sedative Mandarax from their home – often coming into contact with police when she did.

But she stopped participating in the drug economy five years ago, when she got clean. Eventually, the other seven adults in her household stopped using drugs, too. Today, the family volunteers at a local rehab centre.

That’s why Mr. Adams was surprised to find a balaclava-clad soldier commanding him to get on the ground. “I wanted to know if he had a search warrant. He turned the gun around like he wanted to hit me. So I moved back and they came rushing in,” Mr. Adams said.

Mr. Adams said the police went on to search his house while he was held at gunpoint by the army, overturning furniture and damaging family belongings. “After they searched everything, they said the community sent them, saying we are selling drugs and holding guns for people,” he said. But, he said, they found nothing.

Since July, 1,300 South African National Defence Force (SANDF) troops have been deployed to help police tackle crime and violence in Cape Town. Deadly gunfights are common in Mitchells Plain and other townships where unemployment, insecurity and poor public-service delivery are commonplace, and gangs grapple to control lucrative narcotics such as Mandarax, methamphetamine and heroin. In 2018, the city’s murder rate was 66 killings for every 100,000 people – more than 20 times that of Toronto.

But the search of the Adams home is an example of the ways in which the army intervention is making communities less secure – and it demonstrates how the initiative is ill-suited for an environment where gangs and drugs offer so many people an escape from poverty. Other residents interviewed for this story reported experiencing assault, intimidation, arbitrary arrest, property damage and emotional distress as a result of searches.

“Military deployments tend to escalate violence, or environments of violence,” said Simon Howell, a research fellow at the University of Cape Town’s Global Risk Governance Programme, where he studies justice and violence. “Gangs are embedded in far deeper social ways than people actually think. As such, deploying the military against [them] ultimately means deploying the military against the community itself.”

As a former drug dealer, Ms. Daniels is all too familiar with police procedures, but she said the search of her home was especially invasive. “In the past, when the police came to search your house, if they go to search a room they will take somebody with them. … They didn’t do that.” Rather, she alleges that police rummaged through her property unsupervised.

According to South African Police Service (SAPS) spokesperson Brigadier Vishnu Naidoo, there are standard procedures in all such operations to limit the use of force, although sometimes it is necessary – if authorities are prevented from entering a home, for instance. Although he would not comment on any specific case, he encourages anybody who feels violated by a raid to report the incident to police. “When raids are conducted, they are done in the best interest of the innocent law-abiding communities,” Brig. Naidoo said. “Of course, not everyone will be happy about that, especially not those that are involved in criminality.”

Few of those interviewed were willing report their experiences. “What can I do? It happened and I can do now nothing,” said Angelena Dreyer, another Mitchells Plain resident whose house was ransacked. When police found that a man who was doing gardening work for her was carrying meth, they arrested her – even though she said she had no knowledge of the drugs. She was imprisoned for four days without charge, released without explanation and left to deal with the aftermath of the ordeal. After the incident, her grandchildren were too afraid to stay in the house by themselves out of fear for another raid.

Other Capetonians welcome the army’s efforts. Joseph Adams, a volunteer for a Mitchells Plain neighbourhood watch team with more than 100 members, thinks “the army has done a good job so far. … They deal with these criminals and gangsters with necessary force.”

Brig. Naidoo contended that “guns and drugs are not always hidden on a premises belonging to so-called drug lords or suspected gangsters.” Therefore, he said it is “sometimes prudent to do a sweep across a community without sparing any household from being searched.”

The intensified police presence has also led to other instances of violence. While heading into a community meeting, local activist Xolisa Bangani said, "a police van just rushed in front of me, [and an officer asked] me what I was hiding?” When Mr. Bangani answered that he had committed no crime, police and military personnel responded by beating him. “I couldn’t fight back because I assumed they would have amped up the [assault],” he said, displaying marks the beating left on his face and leg.

Mr. Bangani, who is from Khayelitsha, Cape Town’s biggest township, does not have a problem with soldiers being used to maintain security, but he believes that military strategies cannot resolve community issues. “They can’t come tomorrow and say we need to stop violence, whereas they are using acts of violence to create law and order.”

After a month, Operation Lockdown had yielded more than 1,000 arrests and 45 seized firearms. But in mid-August, on the weekend of the project’s one-month mark, violence spiked again in Cape Town and there were 34 murders – a number close to that which prompted the initiative. While new statistics have not since been released, the SANDF deployment has been extended until March. The government has promised a more strategic approach to the extended military support, but did not offer specifics about what this would mean tactically.

Critics have expressed concerns about Operation Lockdown, arguing that armed forces are an excessively militaristic response to problems that many say need to be addressed through community-based initiatives. They also argue that once the SANDF leaves, the crime and violence will return. Even after the government’s shift in strategy, Dr. Howell doubts that the “reactive response” of the army and police can effectively deal with social issues. “The drivers of gangsterism happen to do with economic marginalization, social exclusion and quest for identity,” he said. “The best approach would be to deal with why people are joining gangs in the first place, not dealing with the consequences of them joining gangs.”

Mr. Bangani also believes in social solutions to social problems. Security forces could work with activists such as Mr. Bangani, who is involved with projects related to arts, writing, poetry, music, sports and even urban gardening – “anything that will make this community a better place," he said.

He still doesn’t know what police were looking for the day they stopped him. “I’m a black man who happens to have [a laptop] in my bag. That was the narrative for me," he says. Although his possessions were returned later at the police station, he says they took his dignity and "they cannot give that back.” He also believes a complaint will go nowhere. “I fear the soldiers and the police more than I fear the gangsters,” he said. 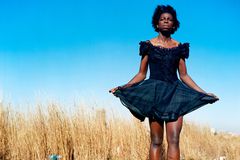 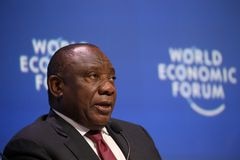 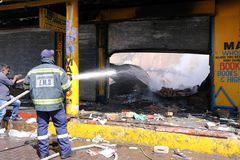