Barely 100 people live in Yugouliang, but one morning, more than 30 of them walked to the village square, bundled in jackets against the chill as the sun cleared the horizon.

They assembled in a line around the edges of the square and then, for an hour, crouched and bent, extending their hands and balancing on concrete blocks in a yoga routine that most complete twice each day. It’s an exercise that some of the villagers credit with helping aging bodies.

But it’s also one of the more unique features of an anti-poverty campaign being conducted across China under President Xi Jinping, who has pledged to rid his country of the most extreme destitution by 2020. Lu Wenzhen, the man who brought yoga to Yugouliang and leads the classes, was dispatched here not to promote exercise, but to excise penury. He and two other officials arrived in 2016 with what he says were simple instructions: “I was told that my ultimate goal was to raise household income and eradicate poverty.” 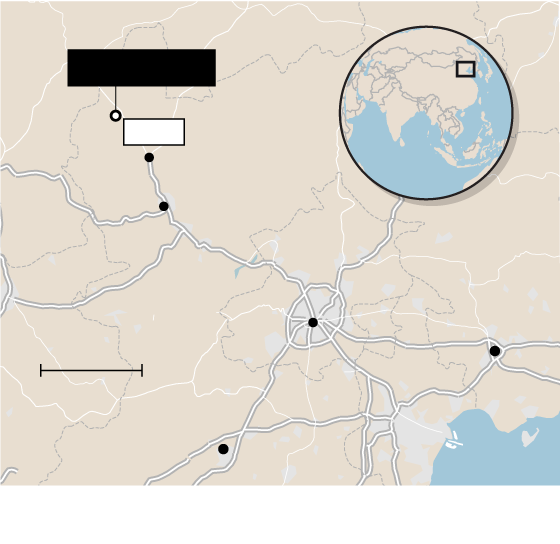 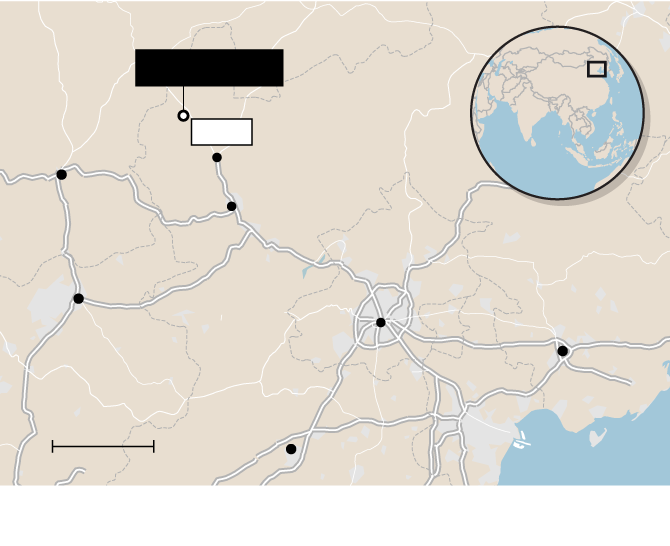 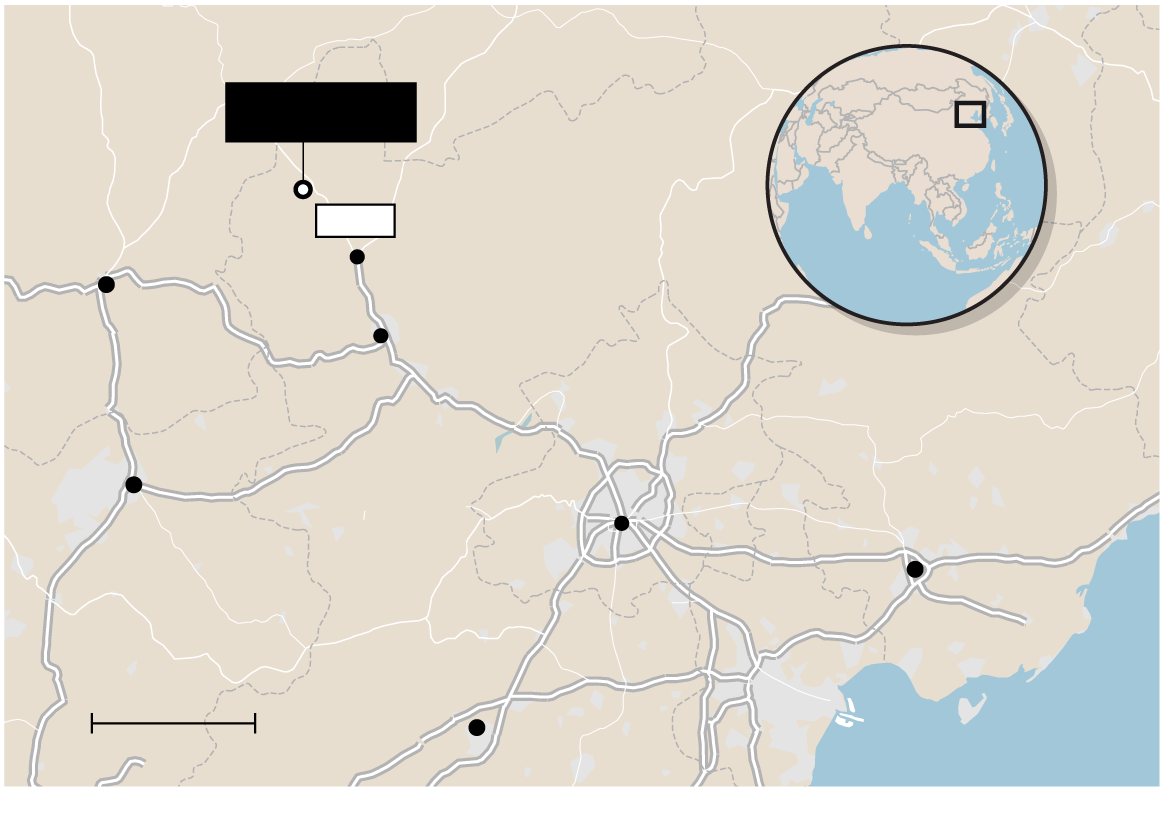 Yugouliang is in Zhangbei County, which the State Council Leading Group Office of Poverty Alleviation and Development named among China’s 10 poorest. Mr. Lu was told to raise incomes in the village by 20 per cent, to about $600 a year.

His turn toward yoga came as he sought to take the villagers beyond bare economic indicators – although the aging farmers who make up most of the population say the regular exercise has also given their work in the fields a boost.

Yugouliang’s embrace of yoga is an example both of the inventiveness that has emerged in China’s anti-poverty drive, and the degree to which the authoritarian country has given surprising freedom to develop local solutions.

Not only has China’s anti-poverty spending grown quickly in recent years – roughly doubling between 2014 and 2017 to $16-billion – but the percentage accessible to county-level governments has also risen, from 70 per cent in 2014 to 95 per cent in 2017, state media have reported. China has claimed success, saying the number of people living in the most abject conditions has fallen by more than two-thirds, to 30 million, in the past half-decade.

The Chinese government has been criticized for setting a poverty threshold that is too low, ignoring urban poverty, using unsustainable short-term methods and employing hard-handed tactics – such as forcing people to relocate, eroding their ability to earn an income from rural work. Between 2016 and 2020, China expects to relocate nearly 10 million people. The anti-poverty campaign, too, is set against a broader picture of widening income inequality.

But across China, attempts are nonetheless under way to improve the livelihoods of the least well-off. Governments have given cash subsidies. The state-owned sector has been conscripted into “industrial poverty relief,” with officials encouraging companies to invest in poor areas. Government incentives have been used to encourage tourism and local investment. Officials have promoted selling products online and planting crops used for traditional Chinese medicine.

And teams have been dedicated to address the problem. Mr. Lu and two fellow officials live in spartan Yugouliang housing. They sleep, work and cook their food in adjoining rooms, with beds standing next to desks.

When Mr. Lu arrived, he was worried nothing could improve Yugouliang. The village is in the Zhangjiakou region, a place of military importance that Chinese authorities kept closed to the outside world until 1995, nearly two decades after reform and opening up took place elsewhere.

Yugouliang also suffers from a shortage of water “so everything – plant growth, yields – it all depends on the emotions of God. If it rains, people will have food to eat,” Mr. Lu said. In the village, “everything seemed so hopeless.”

Such a situation is not uncommon in the anti-poverty drive. “For some rural areas, there’s just no way to increase their well-being,” said Terence Chong, executive director of the Lau Chor Tak Institute of Global Economics and Finance at the Chinese University of Hong Kong. “People are not that well educated and what they know may not be marketable.” Another problem lies in the officials tasked with raising incomes. “Those people are not experts. They don’t know how to solve economic problems,” Prof. Chong said.

Mr. Lu had been a university administrator, with a love of music and singing.

Still, he came to Yugouliang with an ambition to get things done.

He experimented first with selling local potatoes on WeChat, the Chinese social-media app. He found buyers, but not a business he could maintain. Transportation costs were punishing for a heavy product grown 310 kilometres by road from Beijing.

He first encountered yoga as a way to solve an unexpected problem: He could not sit cross-legged in the fashion of local villagers. He wanted to boost his flexibility, and soon began to see yoga exercise as a salve for local ills, too – although that suggestion was initially met with hostility. “Since we were sent here to reduce poverty, some people were unhappy because they wondered why I didn’t just give them money,” he said. “Some even suspected I had joined some kind of evil cult.”

But he promoted yoga as a way to improve health.

It was only later that he came to believe that “doing yoga can help reduce poverty.” Many people have left Yugouliang to seek work, and 60 now counts as young in the village. Those that remain often have health issues. Zhang Zhiying, 67, was hunchbacked and experienced regular pain, frequent dizziness and trouble sleeping.

“After General-Secretary Lu came here and taught us yoga, my life changed,” she said. Her breathing was better, her body more flexible. ”In the past, I could only eat one steamed bun a day. Now I can eat two," she said. After yoga, “my body no longer aches, and I feel happier, too,” said Wu Qilian, 75. Yoga has bred fervent adherents: “We do it outdoors in winter, too. Snow or rain, nothing stops us,” said Chang Shumei, 82.

The health improvements have paid dividends in the fields, with people feeling more productive in their labours – the villagers who spoke to The Globe and Mail are still working – and in other, unexpected ways. The General Administration of Sport of China, a government body, recognized Yugouliang as “China’s first yoga village.” The designation carried no financial value, but the ensuing attention brought the villagers into the news – and then online. Some acquired smartphones from their children who now live elsewhere because “they want to see their own photos in the news coverage,” Mr. Lu said.

He hopes village yoga can bring tourists and, with them, improved fortunes.

Meanwhile, he has sought new ways to wring cash from the area’s arid soil. Last year, he persuaded villagers to plant quinoa, hoping the more-expensive grain can triple the income from a given piece of land.

“I believe the goal of poverty elimination will be achieved. There’s no doubt,” he said.

At the same time, he’s trying to shift the way people think about hardship. In China, people generally prioritize “material life over spiritual life. What I am doing is to change that order,” he said.

China’s President Xi calls on army to be battle-ready amid escalating tensions
January 4, 2019
China’s lunar rover begins its exploration of the far side of the moon
January 3, 2019
A more confident China threatens to use military force in Taiwan, holds up Hong Kong as a model
January 2, 2019