Yang Jun can’t see much cause for optimism, no matter where he looks. Dalingshan town in Dongguan, the southern manufacturing hub, once called itself “Asia’s furniture products base.” Now, Mr. Yang can count seven or eight furniture-makers that did well last year, but have declared bankruptcy in 2020.

Mr. Yang’s own factory floor, where people fashion wooden ornamented four-poster beds and polished cabinets, has little of its previous vitality. Last year, he employed 30 people. He’s now down to a dozen.

“The best way to describe our performance this year is ‘money-losing,’ ” he says.

For those people he hasn’t laid off, he has slashed pay. Gone are monthly salaries, replaced by payment per completed piece. “And in a bleak time like this, nobody can guarantee that all workers are able to get pieces to work on,” Mr. Yang said. But “it’s impossible for people to get paid without working, given that their boss doesn’t have enough food to eat.”

The slowdown, which began last year but has dramatically accelerated as the pandemic has laid waste to economies around the world, has afforded Mr. Yang time to contemplate how he got here. He recounts two decades of work in Dongguan in a few sentences: “Open a factory, spend more than 17 million yuan” – $3.2-million – “in rent, hire workers and improve techniques, and end up with nothing at all. The only things I have are my parents, a wife and children who are struggling, a broken heart and white hair that has come in too early.”

As the pandemic has spread around the world, China has boasted one of the world’s best economic performances, reporting 3.2-per-cent year-over-year growth in the second quarter – far better than the 9.1-per-cent drop in the United States. Official statistics show China’s unemployment rate at about 5 per cent, and the relative number of available jobs on a par with the same period in 2019.

While high-tech workers continue to pull high salaries and auto makers find a surprisingly robust surge in sales, other sectors have struggled. In July, retail sales were down 1.1 per cent compared with last year – spending on dining fell 11 per cent. Before the pandemic, retail sales were growing at an 8-per-cent pace.

The Chinese response has involved vouchers to boost spending, cash for new infrastructure projects and new lending programs to bolster the fortune of firms willing and able to borrow money.

What Chinese authorities have not done is to provide broad support for workers, unlike Western economies that have provided cash payouts and wage subsidies. They have, instead, formalized allowances for salary cuts. Some cities allowed employers to defer social security payments and cut pay to minimum wage levels – on the promise that they make up the difference later. Minimum wages, meanwhile, have been frozen this year across much of China, including major cities such as Beijing.

“We have seen broad income reduction across all kind of jobs,” said Andy Xie, a prominent independent economist.

“That appears to be China’s way of dealing with economic issues. It’s kind of a very hard-nosed approach, letting people take it, suck it up.”

The effects of the pandemic are deeply uneven, even within companies. At one fast-food chain in Beijing, management cut head-office salaries in half in March, but left wages untouched for store staff, whom they feared losing, a worker said. The Globe is not identifying the worker, who fears reprisals for speaking out. (The chain has pledged to begin paying back cut salaries soon.) Media companies have cut bonuses.

In Shanghai, meanwhile, so many factory workers lost jobs that delivery-service companies have been swamped with new drivers, state-backed media have reported.

“Most unskilled factory workers earn the minimum wage as a basic salary and so they depend on overtime and bonuses to make a living wage,” said Geoffrey Crothall, director of communications for China Labour Bulletin, which is dedicated to workers’ rights in China. “If orders are down, there will be little or no overtime, which means a significant cut in pay.”

“The epidemic is a bump in our development path, but we will step over it,” said Zuo Xiaosi, director of the Institute of Sociology and Demography at the Guangdong Academy of Social Sciences. “It’s very natural that we will see changes in workers’ wages,” he said, particularly in the service sector – tourism has fallen dramatically this summer – and in export-oriented companies.

“Manufacturing companies find their output being affected and workers see their lives becoming a bit gloomy,” he said. But China, he added, is transitioning to an “internal circulation mode” to keep spending at home, which he expects to boost fortunes for companies whose overseas orders have dried up. “It will take some time for the new plan to be effective,” he said. But “we’ve been preparing for industrial transformation for a long time, and we’ve got a good foundation here. Once this plan is in place, I think the negative effects we are now seeing will gradually vanish.”

The epidemic, however, has come in the midst of what had already been a difficult time for some manufacturers in China, after a trade war that has imposed tariffs on goods, and amid growing competition from other countries seeking to enlarge their own industrial bases.

The Globe and Mail this week dialled numbers posted online for more than 80 manufacturers of furniture, moulding, footwear and toys in Dongguan. Roughly half of the numbers had been disconnected. Others rang unanswered. Only a quarter of the numbers reached someone.

At Yongdu Shoe Co., general manager Xu Wenxiong said the number of workers, and their wages, remained unchanged. “We did have some difficulties in March, April, May and June – but we’ve made it. And now everything is normal,” he said. He credited government support, including a two-month rent holiday and a three-month pause in social security payments.

“Many factories are on the verge of bankruptcy. Cutting wages is normal – and let’s not even talk about salaries. Many people will lose their jobs, because there’s nothing for them to do.”

Similar struggles have plagued the Huahui Wood Products Factory, a maker of wooden pallets and packing boxes. “Domestic demand hasn’t recovered yet, and we can’t send our goods to many countries overseas,” said Li Yibai, who works at the small operation alongside several friends.

At Mr. Yang’s Mingyang Furniture Factory, meanwhile, the prospect of “internal circulation” hasn’t produced much reason for hope. Last year, he counted four million yuan in sales. So far this year, his orders have barely crossed one million yuan.

China’s market “may be huge, but the number of companies – and the effects of this epidemic – are also not small,” he said. He has seriously considered a return to his hometown in rural Sichuan province. Perhaps he can farm the land, like the generations before him.

The alternative is a difficult attempt to save Mingyang. “There are hundreds and thousands of companies competing,” he said. “Survival is tougher than we could have imagined.” 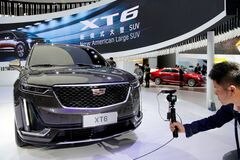 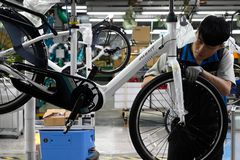 Opinion
A well-educated work force is key to the recovery
August 17, 2020 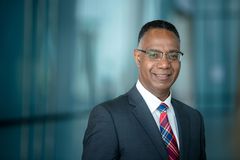