It’s been a week unlike anything many Europeans have ever seen, unless they lived through the first dark days of the Second World War: Russian tanks pouring over the frontier, apartment blocks turned into craters by rocket fire, families taking shelter in the subways, death and fear everywhere, no one sure what will happen next.

From their eastern and northern borders to the Black Sea coast, Ukrainians mobilized to fight the invasion launched Thursday by President Vladimir Putin, who claims he wants to “demilitarize” a country whose independence from Russian rule he considers a historical mistake. His Ukrainian counterpart, Volodymyr Zelensky, called it “a declaration of war against the whole of Europe.” He pleaded for the West’s help as dozens of civilians and military personnel perished in the first days of conflict.

Photojournalists have captured remarkable images of the invasion, up close and sometimes at great risk to their safety. This is an overview of what they’ve seen so far, and where they saw it. 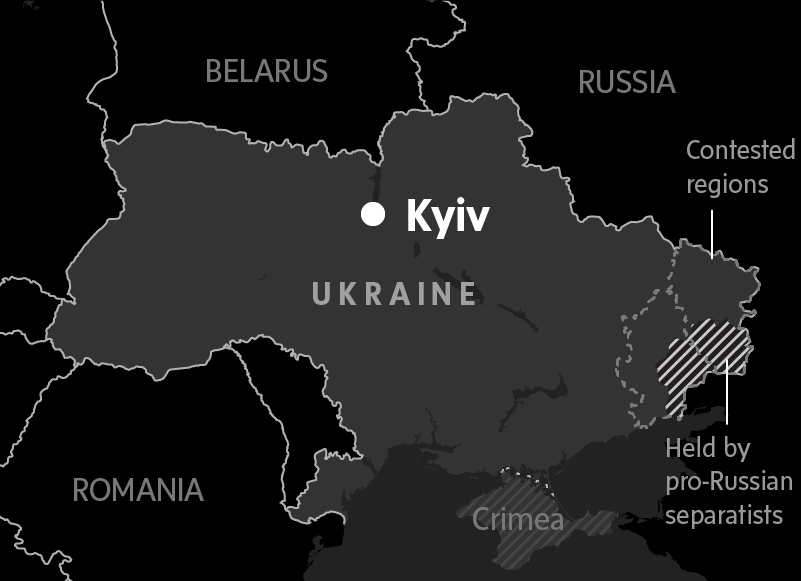 The capital had dreaded invasion for months when, early on Thursday, explosions and gunfire first rang out from the airport. Russian troops soon closed in from Belarus to the north.

People wait in a massive traffic jam as they try to leave the Ukrainian capital, Kyiv, on Thursday, Feb. 24. Emilio Morenatti/Associated Press 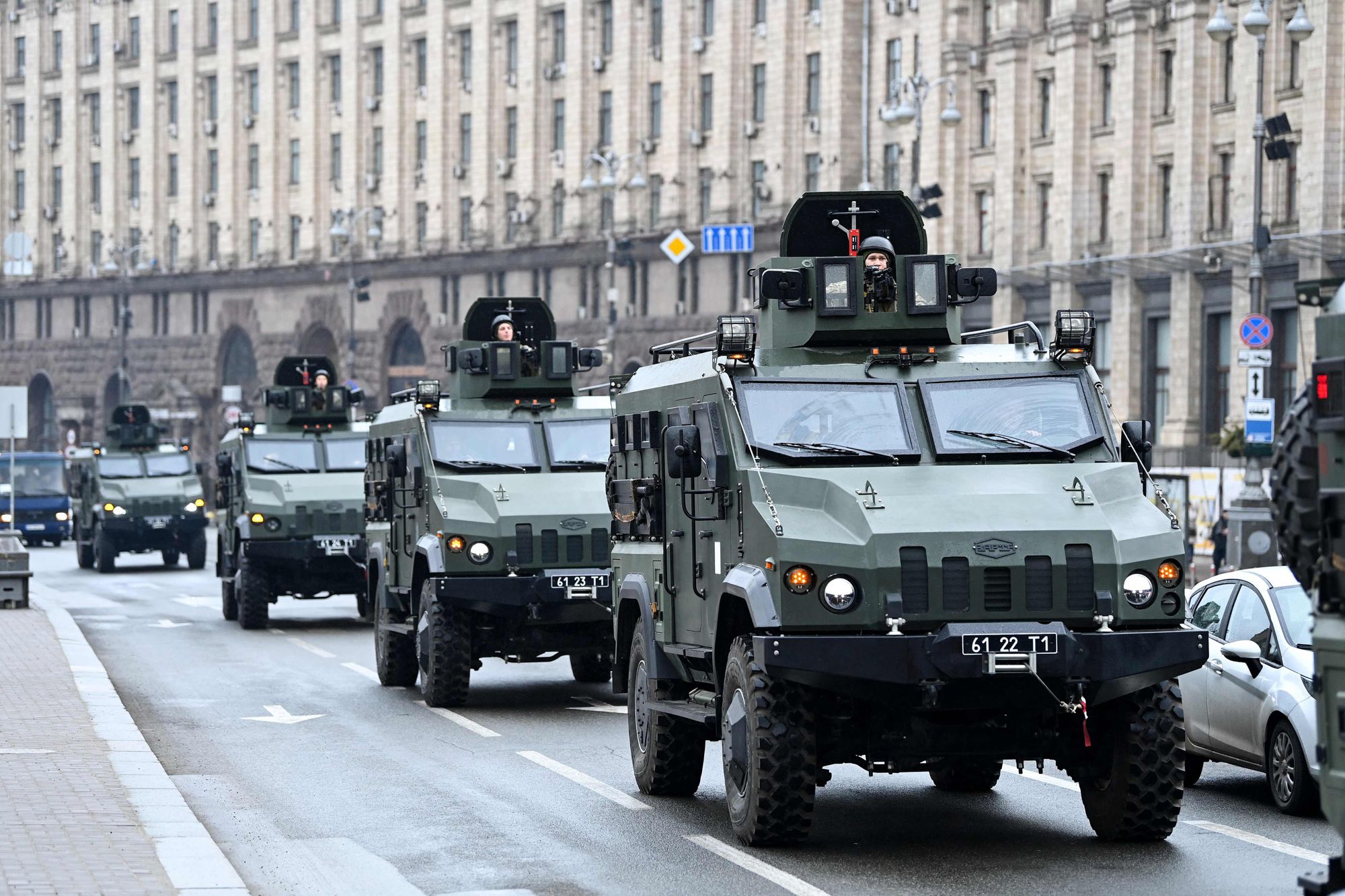 Smoke and flames rise over a military building in Kyiv after an apparent Russian strike on Thursday, Feb. 24. Efrem Lukatsky/Associated Press 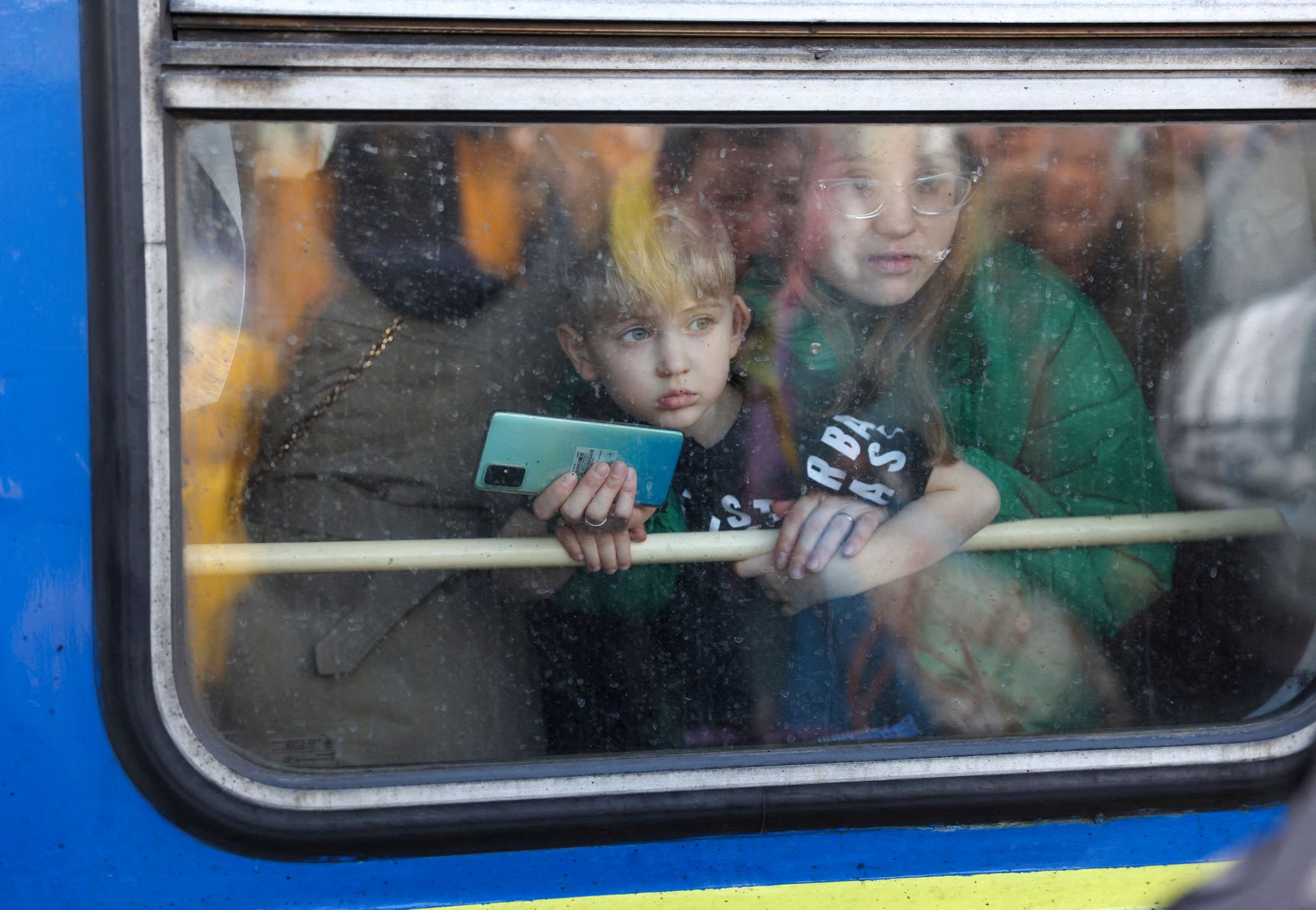 A woman and her son look out from an evacuation train headed to Lviv, at Kyiv central train station, on Friday, Feb. 25. Umit Bektas/Reuters A girl stands on the edge of a crater made by a Russian cruise missile in Kyiv on Friday, Feb. 25. Anton Skyba/The Globe and Mail 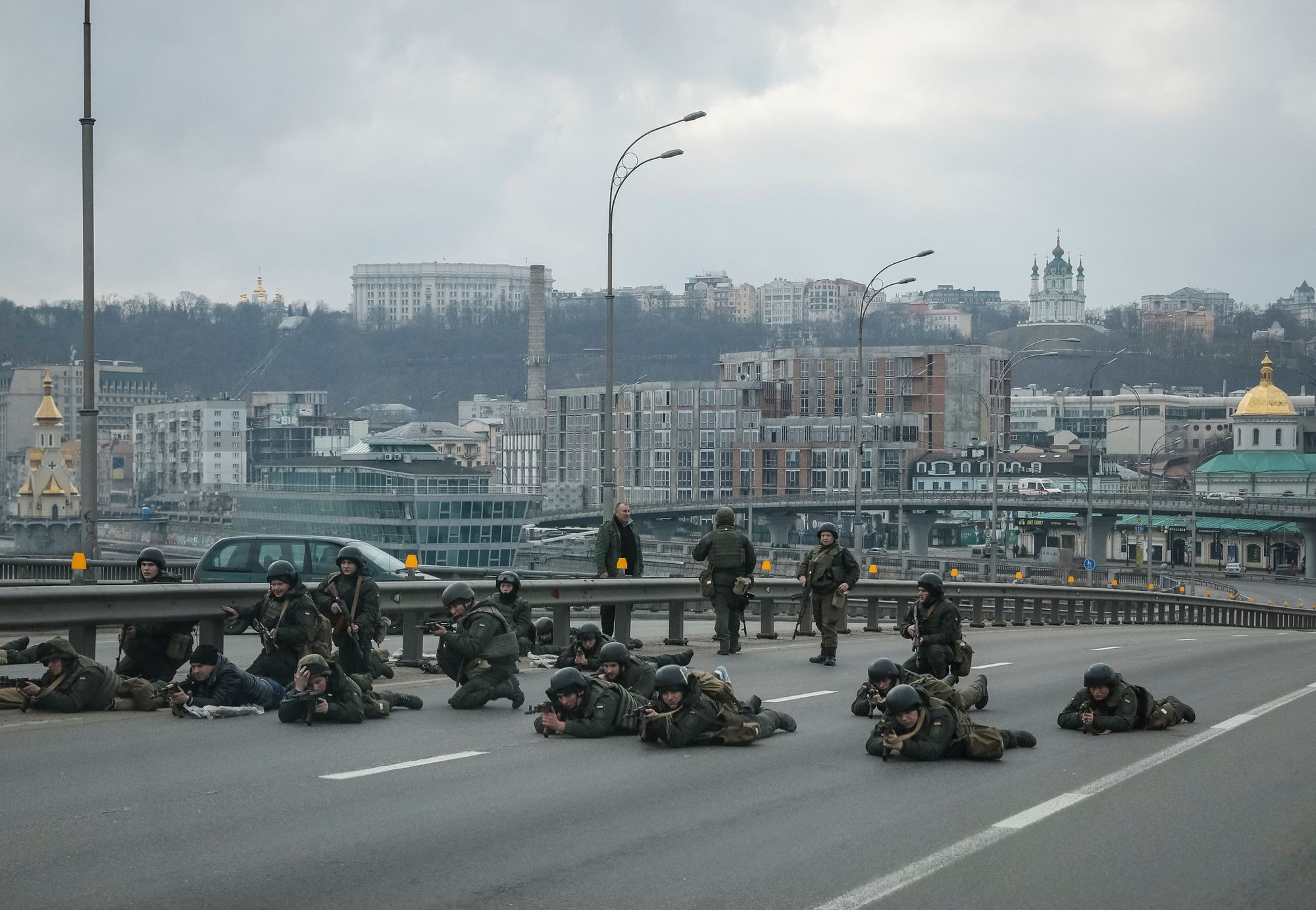 Servicemen of the Ukrainian National Guard take a defensive position on a bridge in central Kyiv, on Feb. 25. Gleb Garanich/Reuters 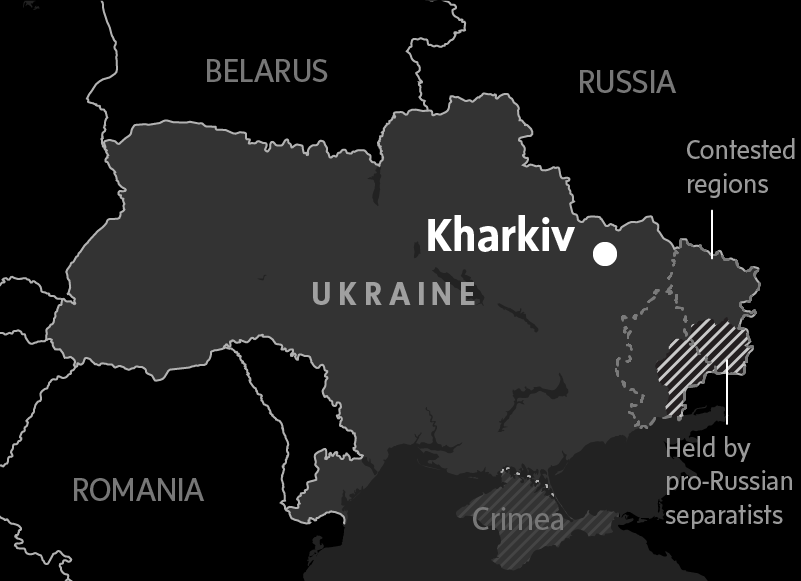 Ukraine’s second-largest city is near the Russian border. Since Thursday, it has suffered rocket attacks that destroyed apartment buildings and infrastructure. 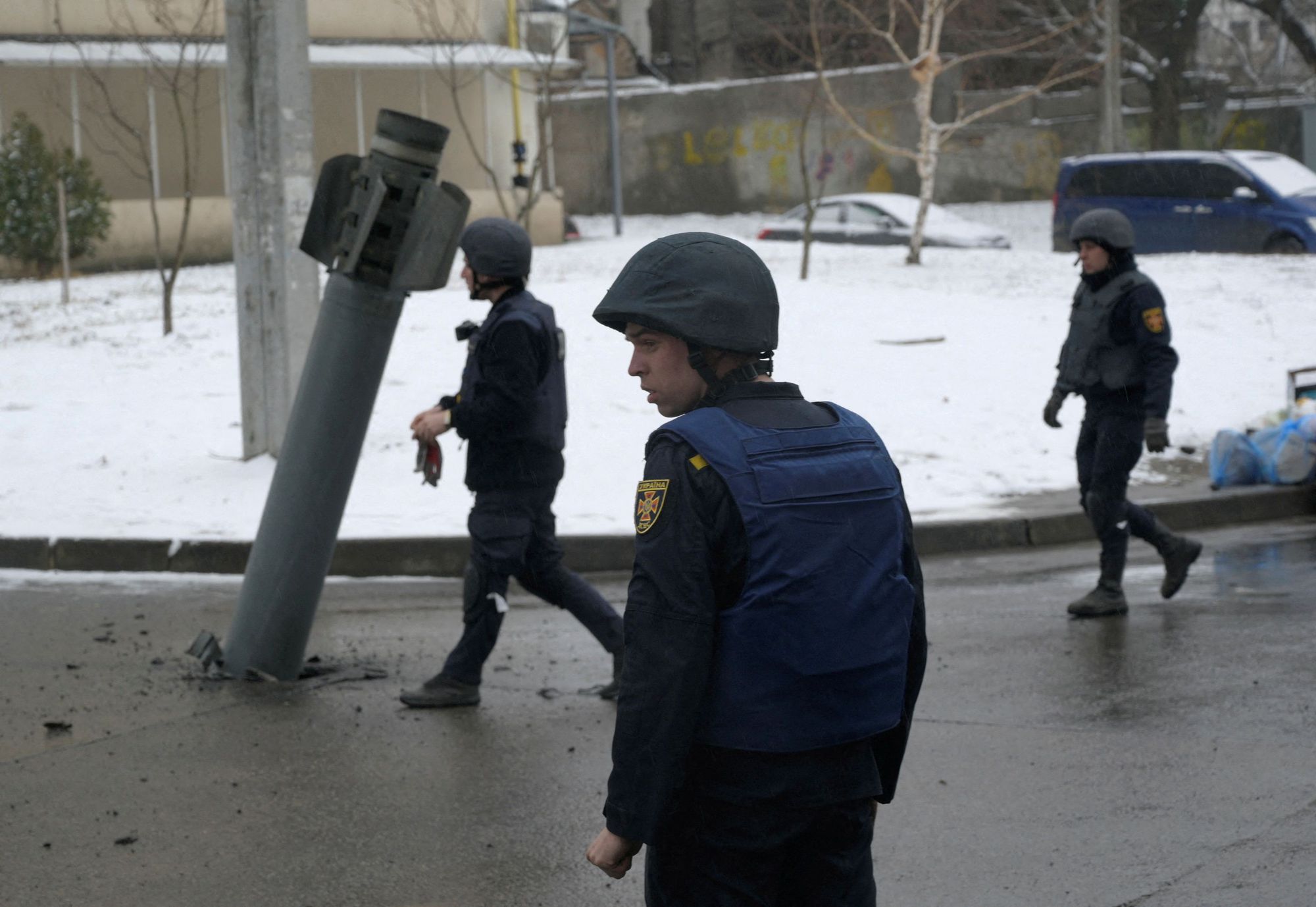 Members of the State Emergency Service of Ukraine inspect a missile casing jutting out of the pavement following recent shelling in Kharkiv on Feb. 25. Maksim Levin/Reuters People gather in a Kharkiv metro station, which is being used an air raid shelter on Feb. 25. Vyacheslav Madiyevskyy/Reuters

Firefighters work to put out a building fire after bombings struck the eastern Ukraine town of Chuguiv on Feb. 24. Aris Messinis/AFP via Getty Images 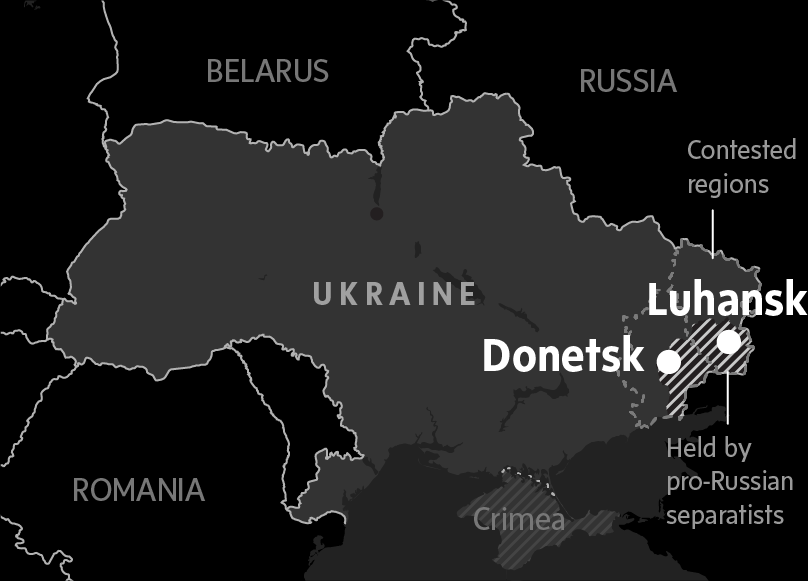 Since 2014, two industrial cities in eastern Ukraine have been the strongholds of pro-Kremlin “people’s republics” that are now launching points for a Russian invasion from the east. 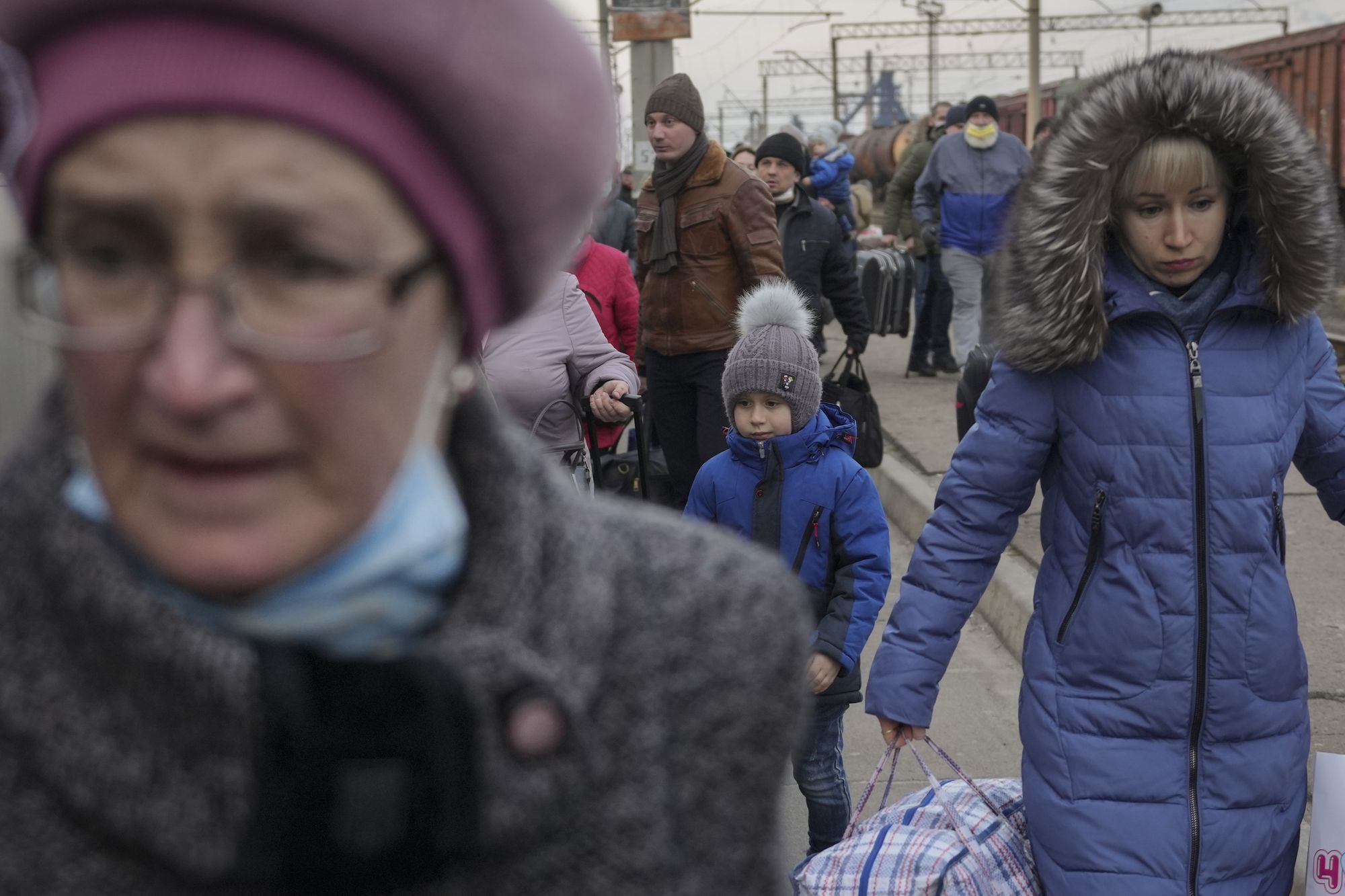 People rush to board a Kyiv-bound train, on a platform in Kramatorsk, on Thursday, Feb. 24. Vadim Ghirda/Associated Press 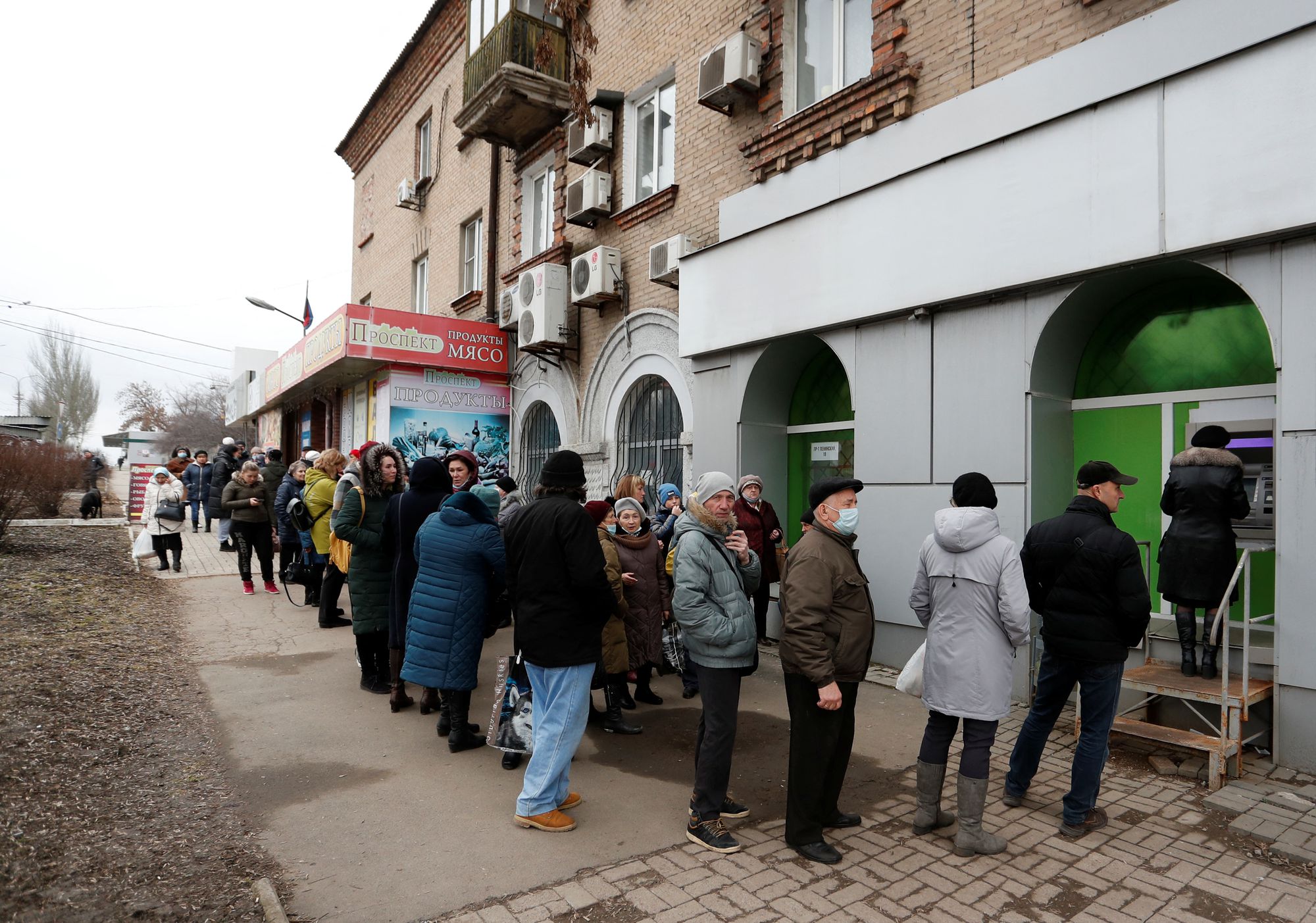 People queue to use an ATM in the separatist-controlled city of Donetsk, on Feb. 24. Alexander Ermochenko/Reuters 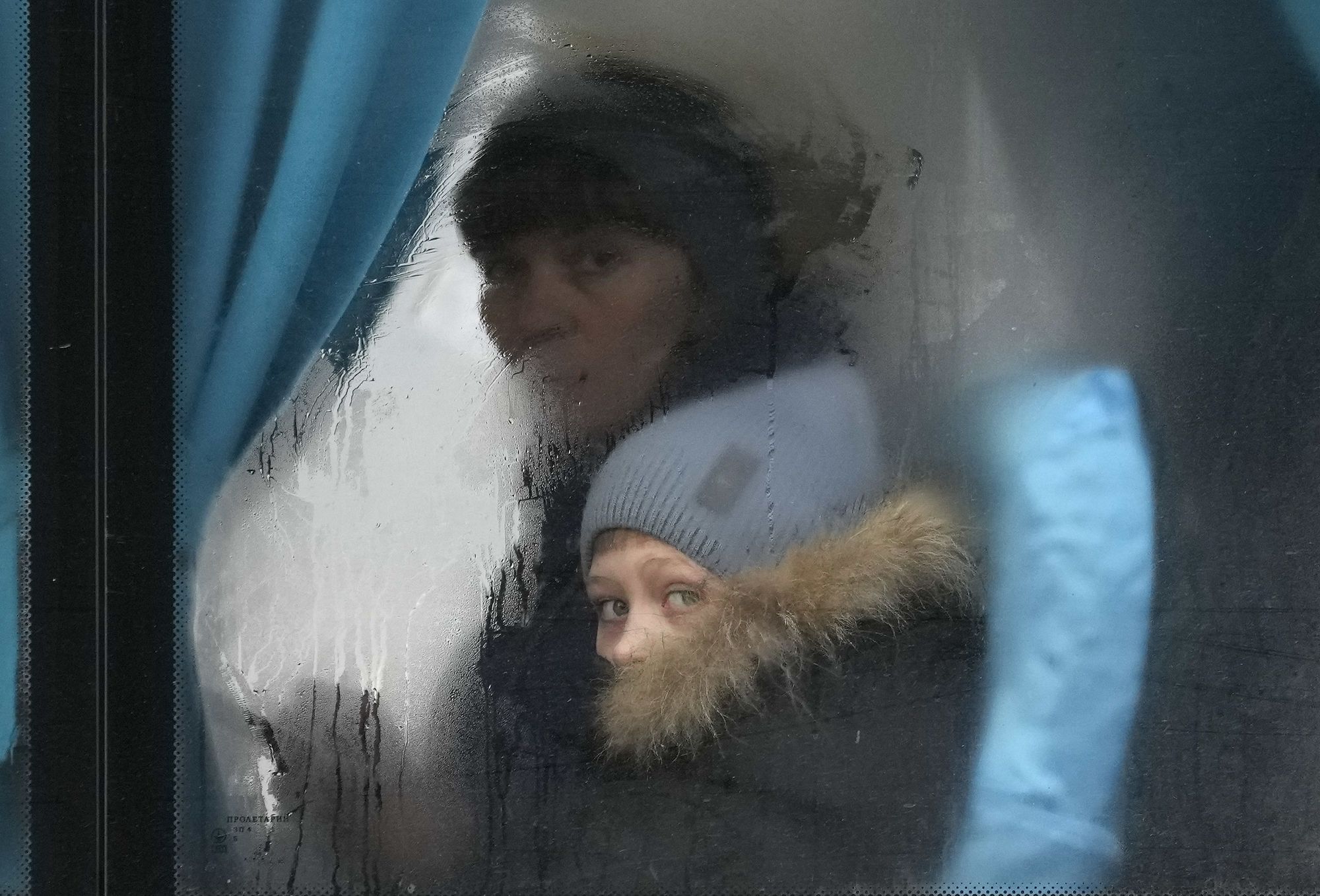 A woman and child peer out of the window of a bus as they leave Sievierodonetsk, a city in the Luhansk region, on Thursday, Feb. 24. Vadim Ghirda/Associated Press

Windows of a school building are shattered after recent shelling in the separatist-controlled town of Horlivka, in the Donetsk region, on Feb. 25. Alexander Ermochenko/Reuters

A Ukrainian policeman walks by a crowd of people waiting for a Kiev bound train in the city of Kostiantynivka, near Donetsk, on Thursday, Feb. 24. Vadim Ghirda/Associated Press

A militant of the self-proclaimed 'Donetsk People's Republic' stands next to buses arranged to transport local residents mobilized for military service, on Feb. 24. Alexander Ermochenko/Reuters 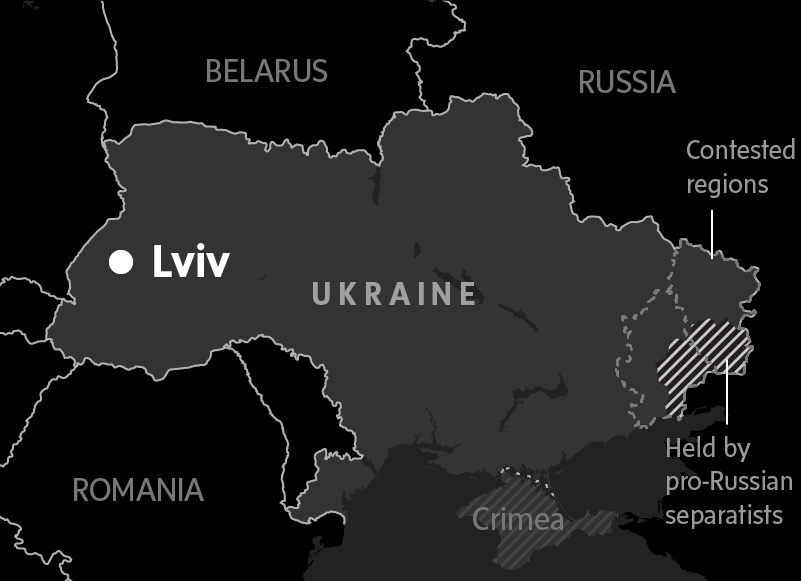 Lviv, the largest city in western Ukraine, is an important way station for Ukrainians fleeing into Poland, Slovakia, Romania and Moldova. 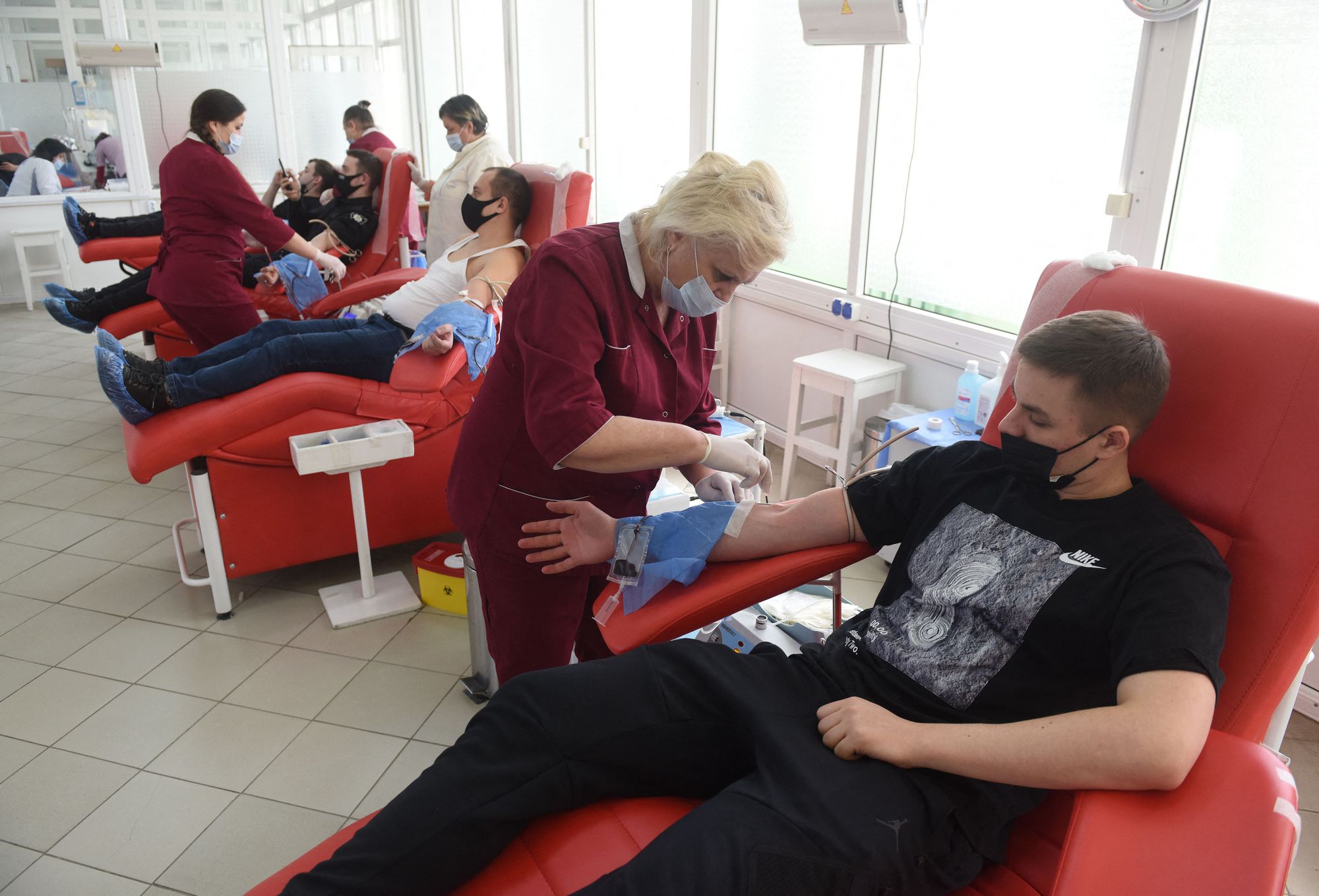 People donate blood for the Ukrainian army at the Blood Service Center in Lviv on Feb. 25. Yuriy Dyachyshyn/AFP via Getty Images 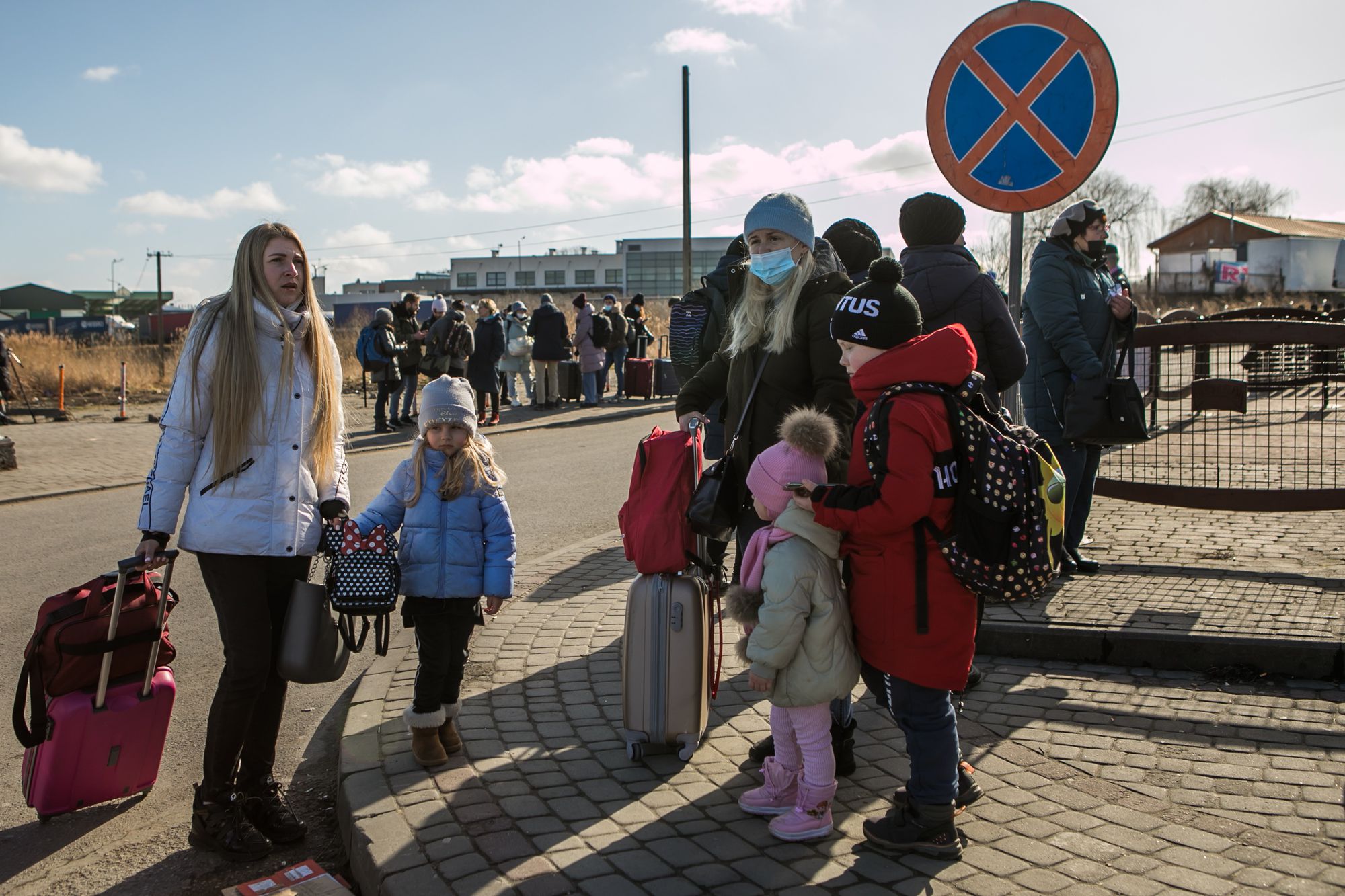 A slow but steady stream of people cross the border into Medyka, Poland, from Ukraine hours after bombing began outside Lviv on Feb. 24. Anna Liminowicz/The Globe and Mail Passengers, including evacuees from the cities of Sumy and Kyiv, walk along the railway platform upon their arrival in Lviv on Feb. 25. Pavlo Palamarchuk/Reuters 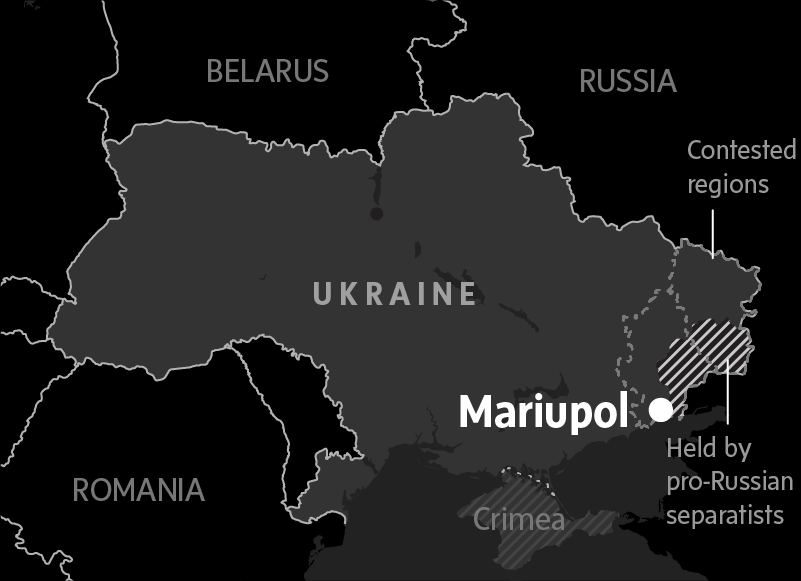 Mariupol is a strategic Black Sea port just a few kilometres from separatist-held areas. It and Odesa, another port farther west, came under attack from Russian landing craft on Thursday. 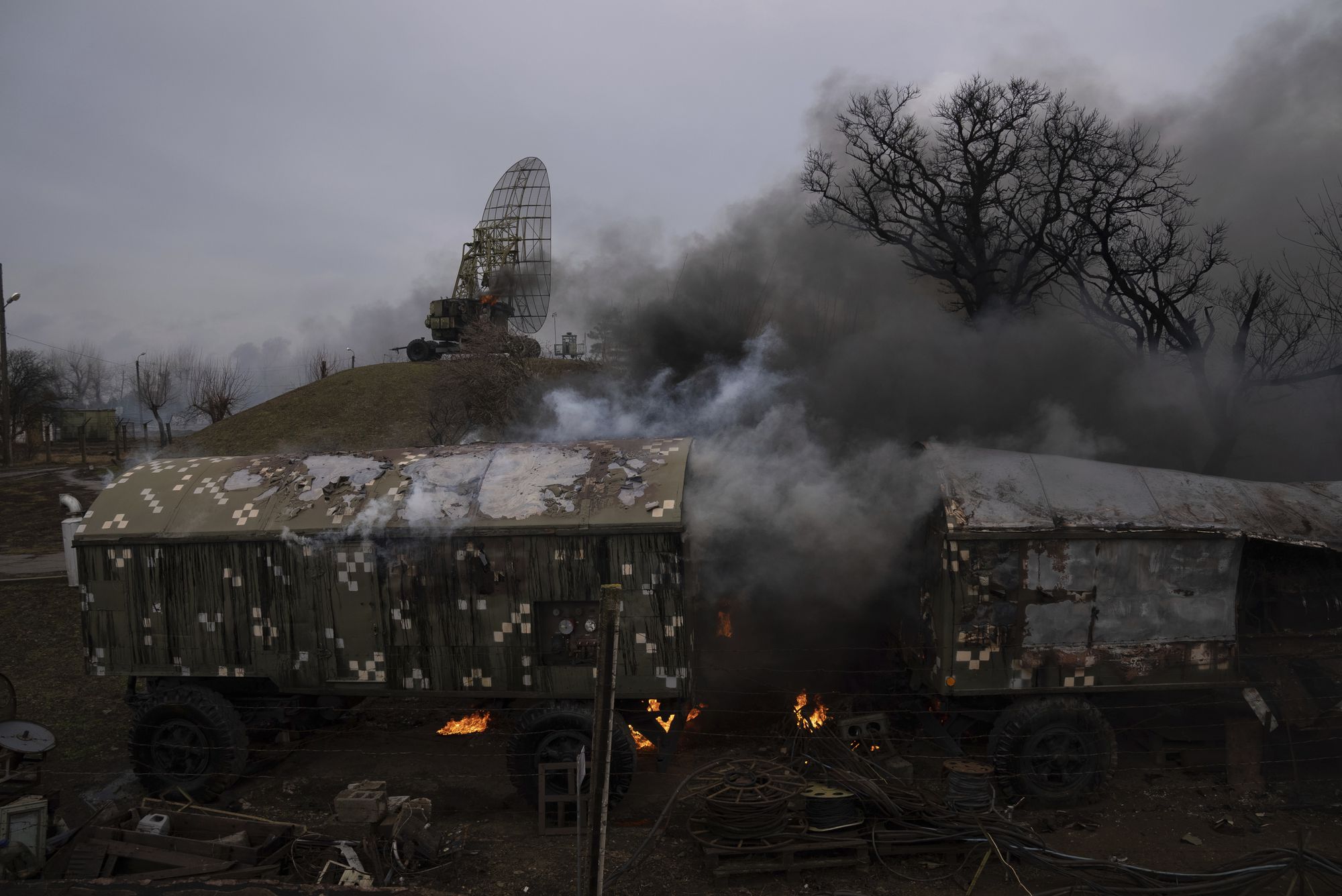 A Ukrainian military facility is damaged after Russian shelling outside the city of Mariupol, on Thursday, Feb. 24. Evgeniy Maloletka/Associated Press 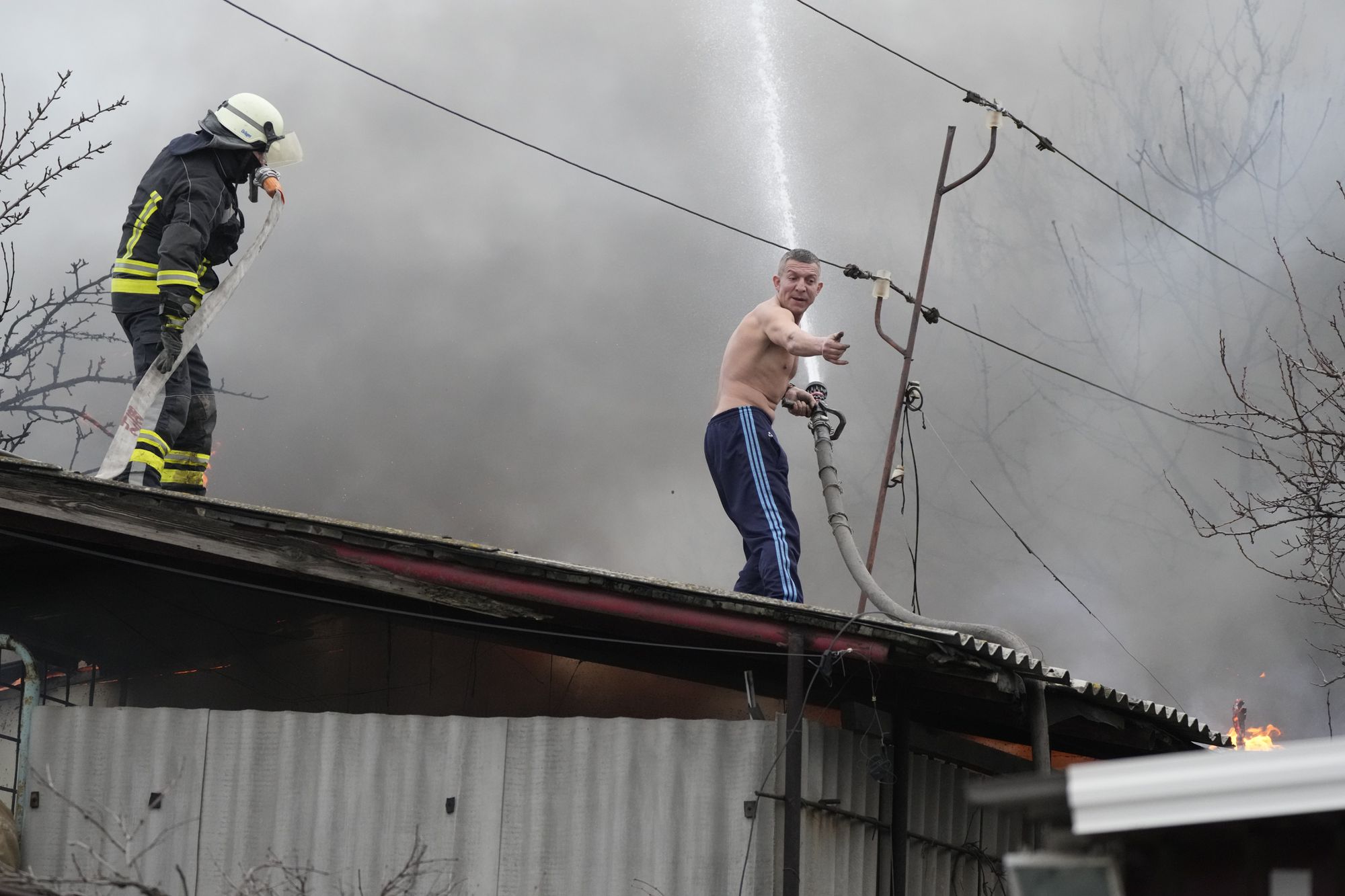 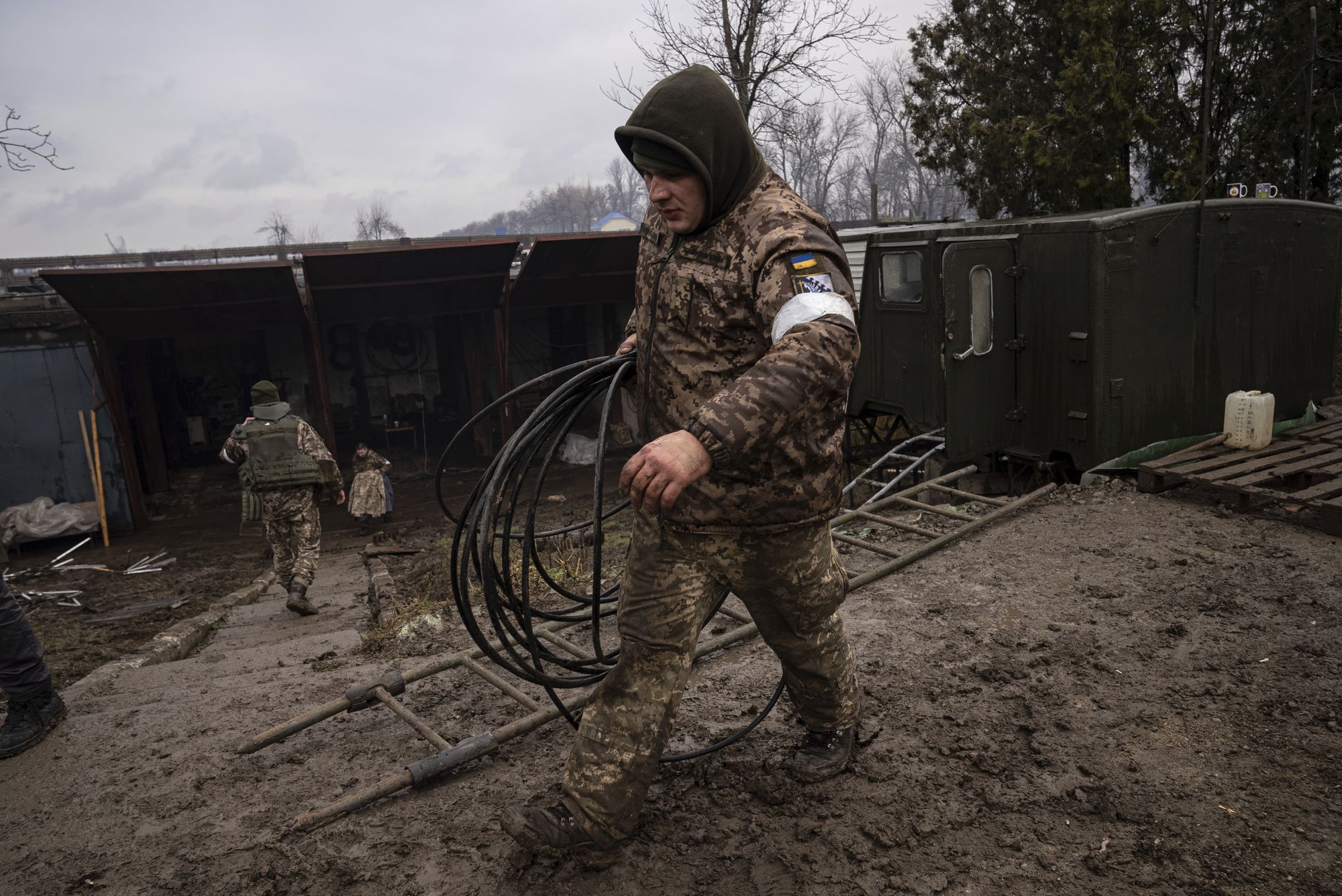 Ukrainian soldiers assess the damage at an air defence base after an apparent Russian strike in Mariupol on Thursday, Feb. 24. Evgeniy Maloletka/Associated Press 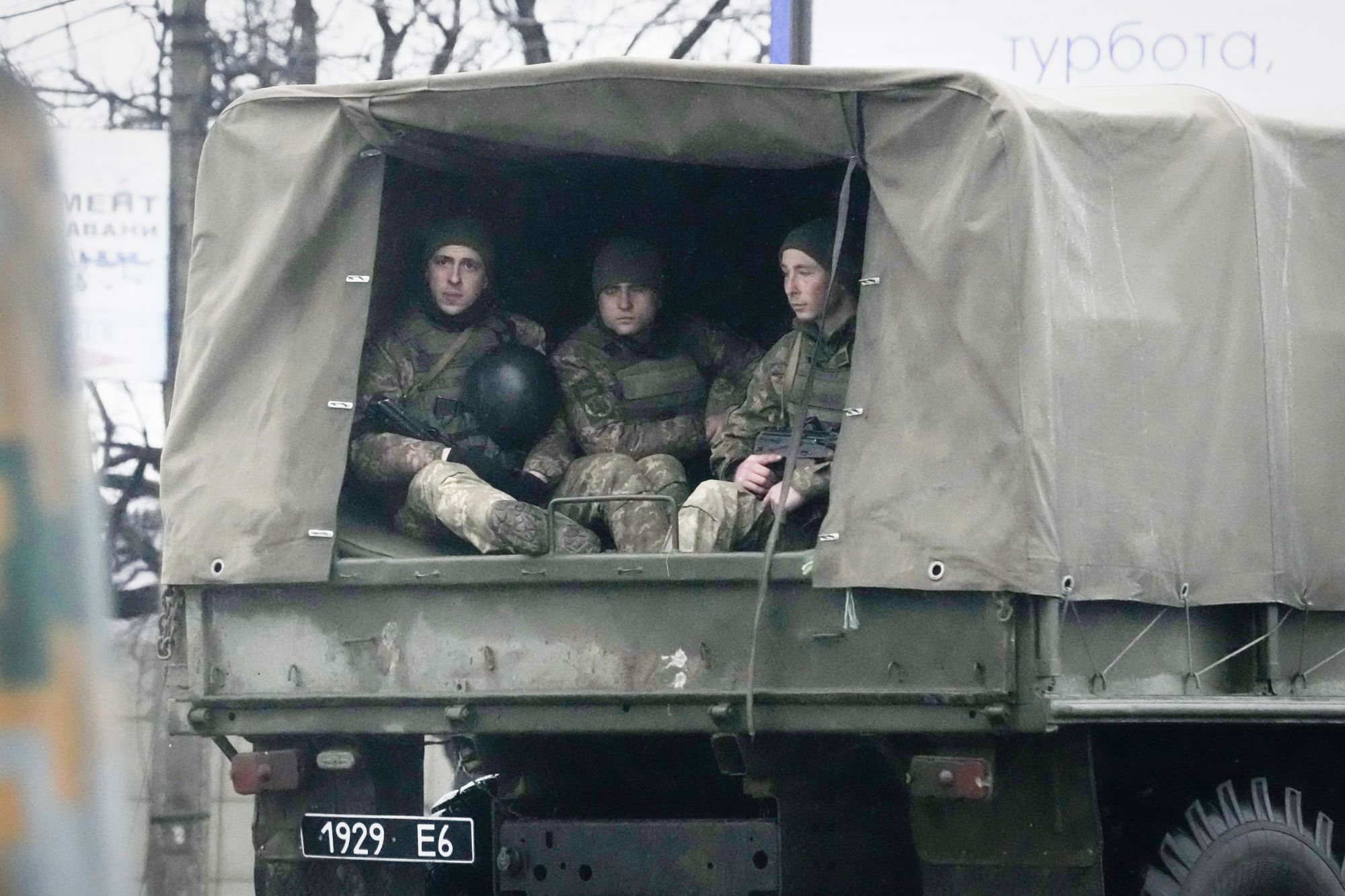