When Daniel Sturla, a smiley and charismatic Salesian Catholic priest, was named archbishop of Montevideo in 2014, he took over the post from a man whose profile was as low and reserved as that of the church itself, in this most secular of Latin American countries.

The new archbishop – who a year later was named a cardinal by Pope Francis, with whom he had once worked – was having none of it. Cardinal Sturla launched a multipronged and energetic campaign to get Uruguay’s Roman Catholics to swallow their embarrassment and take pride in their faith. He has held public masses, launched a campaign to paper city balconies with images of the Virgin Mary and found other ways for his faithful to demonstrate publicly their religious devotion.

But recently, it has become clear that Cardinal Sturla has another goal: to turn Uruguayan Catholics into a political force of the kind they are in other neighbouring countries where far more people identify themselves as religious. This effort has brought the cardinal into conflict with the country’s strong women’s movement, which he has criticized for advancing what he calls “gender ideology,” and reignited a conversation about what kind of a say, if any, the church should have on social and political issues.

Uruguay has had a determinedly secular political system for more than 100 years. Gerardo Caetano, a prominent Uruguayan historian, said the church was never a foundational power here as it was elsewhere in Latin America because colonialism came relatively late. The leaders of the independence era admired radical French-style democracy. They stripped crucifixes from hospitals and gave all the holidays secular names. (Christmas is officially Family Day, while what’s known in other countries as Holy Week, at Easter, is called Tourism Week here. Cardinal Sturla finds the practice so abhorrent that he wrote a book about it.)

Today, Uruguay is a bastion of progressive politics in the region: Divorce, at the request of a wife, was made legal in 1912, decades before neighbouring countries. Abortion was legalized here in 2012; equal marriage for gay people a year later.

Between 1995 and 2013, the percentage of Uruguayans who said they were Catholic dropped from 61 per cent to 41 per cent, according to Ignacio Zuasnabar, director of Equipos Consultores, a polling company. “Catholics are a big group in our country but with a sense of shame because we are a secular country and religion is not a positive value,” he said.

Mr. Zuasnabar recently presented a range of data to the cardinal on how many people say they are Catholic and how many more are willing to say they believe in God or have Christian values. Evangelical churches are drawing new adherents here, but not at the speed they are in next-door Brazil, where they dominate politics.

“Sturla wants the church to break with the traditional model where religion was private and related to issues of faith,” Prof. Caetano said. “He wants a much bigger role in public life.”

The cardinal has had some successes: He drew a giant crowd to an outdoor mass in January, a sight that startled many here. On the Feast of the Immaculate Conception last December, images of the Virgin Mary fluttered from balconies across the capital and other cities. “We originally ordered 5,000 balconeras [cloth posters], but we sold out with 30,000,” the cardinal reported happily in a recent interview in his office adjacent to the Montevideo cathedral.

He has not, so far, managed to convince city council that the church should erect a large statue of the virgin on Montevideo’s seaside walkway, which is dotted with other pieces of statuary, including ones that depict Confucius and a Candomble goddess.

Cardinal Sturla says he is fulfilling a mandate given by Jesus, to share the “good news” and bring people to the church – attendance at mass had fallen precipitously when he was made archbishop, he said. His campaign involves everything from keeping church doors open to putting musical groups in parishes to draw Catholics back.

Cardinal Sturla believes that the increasingly liberal laws passed by recent governments clash with church values. And, in particular, he is determined to speak out about the menace of what he calls “gender ideology.”

“Gender has become an ideology, including in education – teaching children in a way that separates the biology of sexuality from gender and talks about a number of genders – up to 31!” he said. That’s a dangerous and baseless idea, he went on: “Each one of us is born with a biological sex … that comes as God created it.”

In invoking “gender ideology,” Cardinal Sturla has aligned himself with a conservative movement across Latin America that accuses feminists and LGBTQ-rights activists of advancing an anti-family agenda.

“Gender ideology” is a catch-all term critical of the belief that gender is socially constructed rather than biologically innate, as well as other progressive arguments such as those for transgender rights. The church has organized mass demonstrations in Brazil, Paraguay, Ecuador, Colombia and Panama in recent years that have blocked changes to school curriculums and shifted election outcomes.

But when Cardinal Sturla inveighed against gender ideology from the pulpit, he angered Uruguay’s women’s movement. “He blames us for things we never said – he says that we say there is a range of sexual identities – that’s not us, that’s Kinsey, in the founding studies of sexuality,” from the 1950s, says Teresa Herrera, a prominent feminist thinker who chairs a national network of women’s organizations. (The Kinsey Reports plotted sexual orientation on a scale of one to six – Ms. Herrera says it’s anyone’s guess where the cardinal came up with 31.) “We say the construction of gender is social and sexual orientation is another thing.”

But what frustrates her much more is that the cardinal is focused on the supposed threat represented by transgender rights or sexual education, but does not speak out about sexual abuse of children within the church, or domestic violence. There were 30 cases of Uruguayan women murdered by their partners in 2017, she said – in a country of 3.4 million people – but the cardinal has yet to say a word about them.

“He says feminists are destroying the Uruguayan family – but we have men who think they have the right to kill their wives and children – surely that is also destroying the Uruguayan family, no?” she said. In rural areas in particular, she said, men are still viewed as the head of the family and the owner of the bodies of their wives and daughters; 75 per cent of domestic-violence cases go unreported, something the church could easily take on in a public campaign, she said.

Relations deteriorated to the point that in February, Ms. Herrera led a delegation of representatives from more than 30 women’s groups to see the cardinal − a summit that attracted a lot of media attention here.

But Prof. Caetano said the secular nature of the state is so entrenched here that while the cardinal might be allying himself with a continentwide movement, his successes would be more emotional than political. “There won’t be an explosion of Catholicism here,” the professor said.

‘We are still here’: The fight to be recognized as Indigenous in Uruguay
April 21, 2018 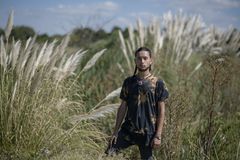 What went wrong with Uruguay’s cannabis legalization and what Canada can learn
Subscriber content
June 5, 2018 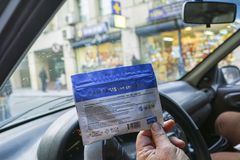 Canada’s Indigenous child-suicide crisis is being mirrored on reserves in Brazil
March 3, 2017 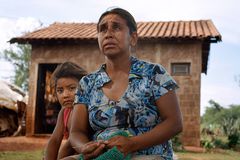