After the worst-ever week of new infections in one of the deadliest Ebola outbreaks in history, there is growing concern that the Canadian-developed Ebola vaccine is still mistrusted by many of the most vulnerable people in the crisis zone.

More than 100 new cases of Ebola have been detected over the past week in the Democratic Republic of the Congo, by far the largest number of weekly cases since the beginning of the outbreak last year. In total, more than 1,250 people have been infected and more than 800 have died so far, making it the second-worst Ebola outbreak in history.

New data show that the experimental Ebola vaccine, developed at Winnipeg’s microbiology laboratory, has been remarkably effective in preventing the virus. About 100,000 doses of the vaccine have been administered in the latest outbreak, and it has had a 97.5-per-cent protection rate among those who took it, the data released by the World Health Organization show.

“There have been, tragically, some refusals among even health workers to be vaccinated,” Dr. Ryan told a media briefing on Friday in Geneva. “We have to get the message to communities that this vaccine is highly effective.”

There is mounting concern that health workers and government officials have been unable to dispel the suspicion and fear among communities where Ebola is spreading, in the North Kivu and Ituri provinces of eastern Congo.

Because of mistrust of the medical system and the government, many people are refusing to seek treatment when they become ill, and many die without any treatment, which can further spread the virus. Over the past week, about 40 per cent of newly detected cases were among people who died in their communities before their virus was detected.

The mistrust is largely because of a decades-long history of neglect, poverty, armed conflict and traumatization in the region. More than 20 armed groups are active in the two provinces. Much of the region was excluded from Congo’s election in December because of the Ebola outbreak, adding to the sense of alienation and resentment. Five Ebola treatment centres in the region have been attacked and damaged, and many health workers have been assaulted. Police and soldiers have been deployed to protect health workers or to compel people to comply with health measures, causing more mistrust and pushing some people into hiding when they become ill.

A survey in the region, published in the medical journal Lancet, found that nearly half of respondents believed that Ebola didn’t exist or was invented to destabilize the region or to make money. People with those beliefs were far less likely to seek Ebola treatment. And about one-third of all respondents were unwilling to take the Ebola vaccine.

“More than eight months into the outbreak, the situation is alarming,” said a statement by Médecins sans frontières (Doctors Without Borders). “It is clear that the outbreak is not under control.”

MSF is calling for urgent changes. The Ebola response should be integrated into local health centres, allowing people to choose health care in their own communities, instead of requiring them to travel to a formal Ebola treatment centre, MSF said.

The International Red Cross Federation, which has 700 volunteers working in the Ebola zone, has issued a warning about the rising number of Ebola deaths among those who don’t seek care. “This is a very distressing development,” said Emanuele Capobianco, director of health and care at the Red Cross federation.

“The bottom line is that Ebola is now spreading faster, and many people are no longer seeking care. It is clear that some vulnerable communities do not trust Ebola responders.”

Oxfam, another humanitarian group active in Congo, said the local communities need to be treated as “equal partners” in the Ebola response. “The relationship with them is currently broken and needs to be fixed if we are to halt the spread of Ebola,” said a statement by Oxfam’s program manager in Congo, Tamba Emmanuel Danmbi-saa.

“Too often, local health workers and local health clinics have been sidelined and the Ebola response has created a parallel system which has not won local people’s trust.”

The current Ebola outbreak in Congo has been exceeded by only one other outbreak in history: the one in West Africa from 2014 to 2016, which killed more than 11,300 people.

The arrival of large shipments of the Ebola vaccine in Congo was meant to provide a major improvement from the West Africa outbreak. But mistrust has always been an issue. In 2015, in the West African country of Guinea, The Globe and Mail visited neighbourhoods where some people were afraid that the vaccine would deliberately spread the virus. Even some government officials refused to take the vaccine.

On Friday, the World Health Organization rejected the option of declaring the Ebola outbreak to be an international health emergency, even though the outbreak is close to the borders of Uganda, Rwanda and South Sudan. Several health experts immediately criticized the decision, saying that the legal criteria for a global emergency had already been met and the outbreak posed a risk of spreading internationally.

Ebola outbreak in Congo does not yet warrant being declared a global emergency: WHO
April 12, 2019 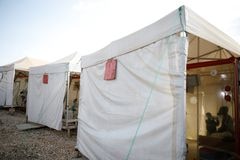 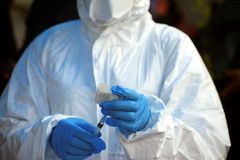 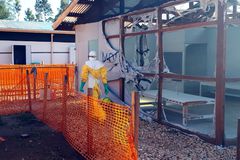