India and Pakistan are planning to partially reopen their economies to minimize the cost of restrictive measures imposed to halt the spread of the novel coronavirus, officials in the two countries said on Monday.

Indian Prime Minister Narendra Modi said on Twitter he will address the nation on Tuesday, at the end of a 21-day lockdown that has severely disrupted economic activity and left millions of its 1.3 billion people out of work.

Two Pakistani cabinet ministers told Reuters the civil and military leadership would meet on Monday to decide whether to extend countrywide restrictions there beyond April 15.

The World Bank has said economic growth in India and other South Asian countries is likely to be the slowest for four decades this year because of the coronavirus outbreak.

Although India’s shutdown is likely to be extended as most states have requested, officials say its terms could be softened to help households and businesses.

Modi has asked his cabinet colleagues to come up with plans to open up some crucial industries, a government source involved in the deliberations said.

A government note seen by Reuters said some manufacturing could be restarted, with firms in the autos, textiles, defence and electronics sectors allowed to operate at 25 per cent capacity while ensuring social distancing.

“As the prime minister has indicated, we will have to move towards economic activity, while taking utmost care of the lockdown and social distancing,” said Manohar Lal Khattar, chief minister of the northern state of Haryana.

He said he planned to divide his state into three zones – a red zone where there have been the most cases of coronavirus, orange with fewer cases, and green where no outbreak has been reported. The federal government may employ a similar plan, officials said.

Officials said the number of coronavirus cases in India was 9,152 on Monday, including 308 deaths, a swift rise from fewer than 1,000 two weeks ago.

The government is trying to increase testing for the virus, which causes COVID-19, a respiratory disease, from about 15,000 samples a day to around 40,000.

On Monday, the Supreme Court reversed a government order to make testing in private laboratories free after industry leaders and doctors said they would stop unless they were compensated.

“The private labs can continue to charge … for testing of COVID-19 from persons who are able to make payment,” the court said.

Neighbouring Pakistan, which has recorded 5,374 cases of the virus, with 93 deaths, on Sunday extended border closures for another two weeks, the interior ministry said.

Civil and military leaders were also likely to approve measures to seal-off areas with a high incidence of infection, added one of them, saying: “I am sure we are going to have at least a 10-day extension, or a couple of weeks.”

The meeting will also consider a plan for phased reopening of some industries, with a reduced work force, providing factory owners adhere to strict safety guidelines.

“The business community is asking us that what safety measures they need to take, so that they run their business keeping in view those precautions, and generally we also agree … that we have to go in that direction,” Minister for Planning Asad Umar said. 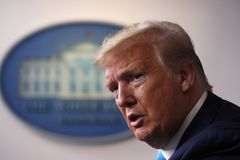 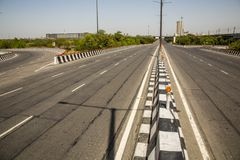 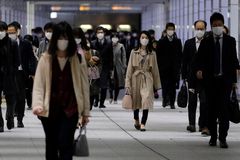