Geoffrey YorkAfrica Bureau Chief
Published May 18, 2021 Updated May 18, 2021
For Subscribers
Comments
Text Size
Please log in to listen to this story. Also available in French and Mandarin. Log In Create Free Account

The main supplier for the crucial COVAX vaccine program has announced that it cannot provide any further deliveries to the program until the end of this year, dealing a severe blow to dozens of lower-income countries that are heavily dependent on the non-profit program for COVID-19 vaccines.

The Serum Institute of India, the biggest single source of supplies to COVAX, has already postponed its exports because its production has been diverted to domestic needs in India, where the pandemic has reached catastrophic levels. But the company’s new announcement of further delays is a much bigger setback to COVAX, extending the export freeze by several months at least.

The COVAX program, supported by the World Health Organization and other agencies, had hoped to provide enough vaccines for 20 per cent of the population in lower-income countries by the end of this year, relying mainly on nearly a billion doses from the Serum Institute.

For many poorer countries in Africa and elsewhere, COVAX was the only large-scale source of affordable vaccines. But its goals for the remainder of this year are now in serious jeopardy. It has delivered only about 65 million doses so far, divided among 124 countries.

India’s earlier decision to halt exports has already created a massive shortage of vaccines. By the end of June, the shortfall under COVAX will reach 190 million doses, according to estimates this week by United Nations agencies. This shortfall could now grow exponentially.

In a statement on Tuesday, the Serum Institute said it has been in “intense discussion” in recent days with the Indian government about its export commitments, and it had decided to continue prioritizing India.

“We also hope to start delivering to COVAX and other countries by the end of the year,” it said. “We would like to reiterate that we have never exported vaccines at the cost of the people in India.”

John Ashbourne, an emerging markets analyst at Fitch Solutions, said the Serum Institute’s announcement on Tuesday is a blow to vaccination strategies in the developing world. It will be “catastrophic” for African countries, he said.

Earlier on Tuesday, a leading African health official had voiced concern at emerging reports of further export delays by the Serum Institute.

Africa has lagged other regions because of supply issues and meagre financial resources but had planned to vaccinate 30 per cent to 35 per cent of its population by the end of the year and 60 per cent within the next two to three years.

“This is very problematic as it means unpredictability of our vaccination programs and a serious risk of not achieving our stated target … on time,” John Nkengasong, the director of the Africa Centres for Disease Control and Prevention, wrote to Reuters.

COVAX had already begun distributing millions of doses of the two-shot AstraZeneca vaccine to countries across Africa. But those initial shipments have now been largely exhausted, with around 80 per cent having been administered as a first dose, according to the WHO.

Most countries using COVAX will now surpass the 12-week maximum interval recommended between the first and second dose of AstraZeneca unless 20 million doses are delivered by the end of June and another five million in July, the WHO said.

“The supply gap could be closed if countries with adequate supplies set aside a percentage of vaccines for COVAX,” said Richard Mihigo, co-ordinator of the WHO’s Immunization and Vaccines Development Program in Africa.

Several countries’ health officials told Reuters they had yet to receive updated information on expected arrival dates for COVAX shots. Some are now weighing their options.

Ethiopia, for example, has received just 2.2 million of the 7.6 million AstraZeneca shots it was due to get through COVAX by the end of April.

“We were expecting some delays, but not to this scale. As a country we must search other options,” Muluken Yohannes, a senior adviser to Ethiopia’s Health Ministry, told Reuters.

More COVID-19 vaccines expected to arrive in Taiwan soon as cases surge
May 17, 2021 WHO panel approves emergency use of COVID-19 vaccine manufactured by China’s Sinopharm
May 11, 2021 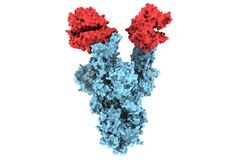