Squatting by the side of the highway, the young man calmly snipped a white cast off of his fractured left leg with a small pair of scissors. It was the only way, he said, to continue his journey home to his family as India’s 1.3 billion people come under lockdown to prevent the spread of the coronavirus.

As he cut away the bandage, the young man, identified only as Bhanwaral, told India’s NDTV that he had already travelled 500 kilometres in a vehicle since leaving his place of work in central India. He now had to trek the final 240 kilometres to his home village in the northern state of Rajasthan by foot.

“My family is alone, and I have no work so I can’t send them any money. I have to cut the plaster off and walk,” he said Tuesday.

When Prime Minister Narendra Modi gave the March 24 order – with just four hours’ notice – for businesses to close and people to remain in their homes for three weeks, it sparked a migration by hundreds of thousands of labourers such as Bhanwaral who work in one part of India and live in another.

Moving with them are fears that they will inadvertently carry COVID-19 into rural parts of the country that lack the medical facilities and supplies to cope with an outbreak.

The world’s largest lockdown has also brought India’s economy to a halt, raising questions about how long Mr. Modi – who has cast himself as part strongman, part champion of the working poor – can keep his supporters onside as hardships mount. The government has said it has no intention of extending the lockdown beyond April 14, but that could prove a difficult promise to keep if the virus continues its rapid spread.

Though Mr. Modi said he had “no choice” but to order the lockdown, some critics argue that he exacerbated an already difficult situation by making the move with so little warning and without any plan in place to handle what came afterward.

“He’s not a leader from outside, he knows the country well. He knew what would happen. So why give only four hours [notice], when people have nowhere to stay, nowhere to go?” said Ashok Swain, an Indian-born professor of peace and conflict research at Uppsala University in Sweden.

“They will have to be extremely lucky – all the gods of India will have to come together – to keep the virus from spreading to the countryside.”

Until two weeks ago, it looked as if luck was on India’s side. As recently as March 13, the country had fewer than 100 confirmed cases and no coronavirus-related deaths, leading to speculation that the virus was made less potent by warm weather. Since then, however, the pandemic has accelerated rapidly in India. By Wednesday, the country had recorded 1,590 cases and 45 deaths. With testing scarce, as in many other countries, questions linger about the true scale of India’s outbreak.

At least 20 other people have died of various causes during their long journeys back to their hometowns since Mr. Modi’s decree. The Prime Minister recognized the suffering by issuing a rare apology during a national radio address this week. “I apologize for taking these harsh steps that have caused difficulties in your lives, especially the poor people,” he said. “I know some of you will be angry with me. But these tough measures were needed to win this battle.”

But he and his Hindu nationalist Bharatiya Janata Party have also used the crisis to tighten their grip on power. On Tuesday, India’s Supreme Court rejected a government request to have all coronavirus-related news subject to government censorship, though it urged the country’s media to “refer to and publish the official version about the developments.”

Mr. Modi’s supporters have also been accused of scapegoating India’s Muslim minority – through social-media hashtags such as #coronajihad – after authorities launched a heavily publicized hunt for the participants of a prayer session, attended by thousands of people, that has emerged as one of the country’s main COVID-19 hot spots. Police said they have traced 128 infections and seven deaths to a gathering of a Sunni Muslim missionary movement, Tablighi Jamaat, in Delhi late last month.

On Wednesday, television stations showed images of the Tablighi centre being hosed down with disinfectant and of police in protective gear entering mosques in other parts of the country and escorting out participants in the Tablighi event, as well as others the participants had come into contact with.

With India’s economy slowing even before the coronavirus outbreak, critics say Mr. Modi is staying tactically silent while his supporters and pro-government media outlets focus the blame on others. “He is trying to divert this issue and make [fighting] coronavirus a nationalist issue,” Prof. Swain said. “All his supporters are blaming that congregation for the spread of this virus. They started out blaming China, and now they are blaming the Muslims, feeding the Hindu-Muslim divide.”

Even without the mass migration, the pandemic would have presented a massive challenge for India, a country crowded with 455 people per square kilometre, compared with just four per square kilometre in Canada. In India’s jammed urban areas, social distancing is simply unachievable for most.

The country’s health-care system also lags those of other economies its size; health spending accounts for just 1.5 per cent of gross domestic product, creating shortages of doctors, nurses and critical equipment, particularly in rural areas.

The rigorous sanitation that is the best defence against COVID-19 is impossible in villages that lack running water.

Medical workers, meanwhile, face shortages of everything from ventilators and test kits to masks and other personal protective gear.

“When they arrive, please send N95 masks and gloves to my grave,” Kamna Kakkar, an anesthesiologist in Haryana state, posted on Twitter last week, setting off a social-media firestorm.

“I am feeling sad, because this was completely avoidable. We had time to prepare. We should have taken this threat much more seriously and have been much better prepared,” Rahul Gandhi, a prominent member of India’s opposition Congress Party, tweeted in response.

“If you have hot spots of contagion in rural areas, we wouldn’t even be able to test for it, so how do you control it?” said VK Madhavan, chief executive of WaterAid India, an international charity that focuses on providing water and sanitation.

Mr. Madhavan said he was worried that some of the migrant workers now travelling to their hometowns are bringing with them a virus that rural health-care systems can’t hope to cope with. “If I could turn back the clock, ideally we would not have had this [migration] at all. Even if there’s only a possibility that some are infected, the conditions under which they’ve had to travel raises the probability of them being infected.”

Mr. Pai, the director of the Takshashila think tank, said most of India had thus far accepted the lockdown as a necessary measure – though the challenge will grow if the pandemic lingers or accelerates and a longer lockdown proves necessary.

In rural areas, an extended quarantine could mean crops go rotten in the fields. In poor urban slums, weeks or months without income could mean people face the choice of breaking the lockdown rules or following them and going hungry.

“Every country is grappling with the moral dilemma … of whether to let people die from the pandemic or incur economic and human costs from the lockdown,” Mr. Pai said. In the short term, it was relatively easy to prioritize health needs – especially as infection and mortality numbers rise by the day. But “a prolonged lockdown can change that moral calculus, as the human costs also become real.” 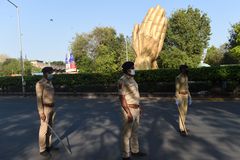 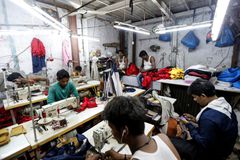 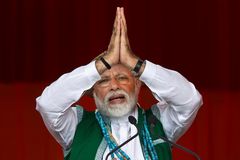