For retired Indian civil servant R. Devarajan and his wife, Chennai’s acute water shortage has reinforced the wisdom of their decision years ago to install a rainwater harvesting system in the three-story home where they live and rent out units to others.

For months, their neighbours in Royapettah, a working-class neighbourhood in Chennai, have crowded the streets waiting for the public water delivery trucks to come, often foregoing a day’s wages in order not to miss their limited share of five or six jugs per day.

But unlike many residents in the southeast Indian city of 10 million, the Devarajans and their 50 tenants have an ample supply.

“I cannot depend for all things on the government. So I’ve done my duty as a senior citizen,” said Devarajan, 74. “Not a single drop of water, if rain comes, we will never waste it. When monsoon fails, we’ll not suffer for that.”

His wife, Padmini, added that even with the water surplus, they are careful not to waste any, watering plants with the excess from washing clothes and dishes.

The water shortfall is disrupting life and commerce at all levels.

Rapid development and rampant construction have overtaxed a once-abundant natural water supply, forcing the government to spend huge sums to desalinate seawater, bring water by train from hundreds of kilometres away and deploy an army of water trucks to people whose household taps have run dry for months.

A drought in the summer of 2001 led the then-chief minister of the state of Tamil Nadu, of which Chennai is the capital, to mandate that all residential buildings find a way to harvest rain by August 2003.

Sekhar Raghavan, a trustee and co-founder of the Akash Ganga Trust, which funds a model rainwater centre in Chennai, said a survey the trust conducted at the time found that about 40 per cent of households had complied with the order.

But in the absence of strict enforcement, the systems were not maintained, said Raghavan, who provides free advice and consultation on rainwater harvesting. “Now I get almost 20 calls every day asking me to come and help them with harvesting,” he said.

“It’s really picking up — now they want to do it for themselves, not for the government sake, but for their own sake. So that is a welcome change that I am seeing. Because of the water scarcity, people have realized they can no longer waste rainwater,” Raghavan said.

Rainwater harvesting is one solution, but better maintenance of public water systems, including fixing leaky pipes to expanding sewer treatment plants, is also critical, said Isher Ahluwalia, the chair of the New Delhi-based Indian Council for Research on International Economic Relations and a frequent op-ed contributor on water issues.

“Rainwater is a gift of God, but water coming from your tap is not so. For that you need to invest in distribution networks and then you need to maintain those assets,” Ahluwalia said.

“Most of the middle-class people have found a private solution to a public service water delivery failure by investing in underground tanks and booster pumps. They are thus able to get 24/7 supply from their taps even when the municipal government supply is only for a few hours,” she said, speaking not only of Chennai but many of India’s water-scarce cities. “There is a certain apathy that develops when you’ve found a private solution. You don’t look at the public service collapse. People who really suffer are the poor who are not connected, and they end up buying water from the tankers at a premium.”

At a 400-apartment government housing block in Chennai on the banks of the Cooum River, a water body so polluted that it’s considered dead, there is no rainwater harvesting system, according to resident Jarina Bee.

“I know that rainwater harvesting is very important, but we don’t know what is the government plan to harvest rainwater,” Bee said.

Still, Bee and others can fill jugs with free public water when the delivery trucks come through on their daily rounds.

Not so for those residing outside the metro board’s coverage area. In the village of Pallam, just outside Chennai, some 70 families draw lots to determine when they can draw from a communal well. Normally, there is no limit on water, but now, community leaders have rationed each family to two or three jugs per day, supplemented by a weekly visit by a municipal water truck that fills one plastic drum per household.

In Chennai’s gleaming, 45-kilometre (28-mile) IT Corridor, some companies have already developed in-house water recycling systems. The Madras Chamber of Commerce plans to conduct a detailed water supply and demand analysis at two industrial areas in hopes of developing a road map that can be adopted widely among its 700-plus members.

“This may be a long-term solution, but at least we would like to set the thought process so that we avoid such situations in the future, if not immediately,” said K. Saraswathi, the chamber’s secretary general. 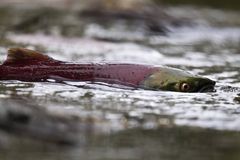 More than 2 million people could die of starvation in Somalia amid drought: UN
June 5, 2019 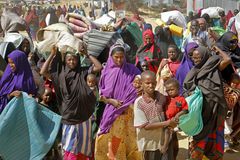 Alaska’s wettest region experiences first recorded extreme drought
May 27, 2019
Report an error
Due to technical reasons, we have temporarily removed commenting from our articles. We hope to have this fixed soon. Thank you for your patience. If you are looking to give feedback on our new site, please send it along to feedback@globeandmail.com. If you want to write a letter to the editor, please forward to letters@globeandmail.com.
Comments