The same Russian military intelligence service now accused of disrupting the 2016 presidential election in the United States may also be responsible for the nerve agent attack in Britain against a former Russian spy – an audacious poisoning that led to a geopolitical confrontation this spring between Moscow and the West.

British investigators believe the March 4 attack on the former spy, Sergei Skripal, and his daughter, Yulia, was most probably carried out by current or former agents of the service, known as the GRU, who were sent to his home in southern England, according to one British official, one U.S. official and one former U.S. official familiar with the inquiry, speaking on the condition of anonymity to discuss intelligence.

British officials are closing in on identifying the individuals they believe carried out the operation, said the former U.S. official. At the same time, investigators have not ruled out the possibility that another Russian intelligence agency, or a privatized spinoff, could be responsible.

U.S. President Donald Trump and President Vladimir Putin of Russia are to hold a much-scrutinized meeting Monday in Helsinki, Finland. For months, Trump has angrily belittled the special counsel investigation into Russian meddling in the 2016 election. But on Friday, the Justice Department announced a bombshell indictment of 12 GRU officers in the hacking of internal communications of the Democratic National Committee and the Clinton presidential campaign.

The indictment detailed a sophisticated operation, intended to disrupt the United States’ democratic process, carried out by a Russian military intelligence service few Americans know about. But analysts and government officials say the GRU, now known as the Main Directorate of the General Staff, serves as an undercover strike force for the Kremlin in conflicts around the world.

The agency has been linked to Russia’s hybrid war in Ukraine, as well as the annexation of Crimea in 2014. It has been involved in the seizing of Syrian cities on behalf of President Bashar Assad. In more peaceful regions, the GRU is accused of creating political turmoil, mobilizing Slavic nationalists in Montenegro and funding protests to try to prevent Macedonia’s recent name change.

The poisoning of Skripal and his daughter with a military grade nerve agent is a different type of operation, one that falls into the tradition of Russian and Soviet intelligence practices toward traitors. Skripal served in the GRU for about 15 years but also worked as an informant for MI6, Britain’s foreign intelligence service – a rare betrayal among GRU officers, and one that most likely required laborious effort to mitigate damage to the agency’s networks.

Russian officials have denied their country’s involvement in the poisoning of the Skripals, even as their British counterparts have accused the Kremlin of ordering the attack.

On Sunday, Dmitry Peskov, a spokesman for Putin, dismissed the involvement of the GRU. “Russia is in no way involved in this episode, he said. “We consider this whole thing a major provocation.”

The investigation seems to be progressing steadily, said Mark Galeotti, an expert on Russian intelligence services at the Institute of International Relations Prague.

“They have a pretty good sense of when these people travelled, they’re going to be doing the full thing of checking the face of everyone on the plane, given that this is the land of CCTV,” Galeotti said, referring to Britain. “At the very least, they have grainy photographs from CCTV of the people they assume were involved.”

He added that the conclusions of the inquiry would have little impact on the military intelligence service.

“From the GRU point of view, what really matters is the opinion of one man,” he said, “and he already knows what they did or didn’t do.”

Relations between Britain and Russia are now deeply strained. In April, Britain and many of its allies, including the United States, expelled more than 150 Russian diplomats – many of them officers with the GRU – as a protest against the poisoning. Russia retaliated with its own expulsions.

Before ordering the expulsions, Britain privately presented its case against Russia to other governments, including evidence that GRU cyberspecialists had hacked the email accounts of Skripal’s daughter in 2013. Skripal and his daughter were under surveillance before the attack, her phone possibly infected with malware to track her whereabouts, the BBC reported this month.

Skripal’s final post with the GRU was as a high-level personnel administrator, providing him with extensive knowledge of operations and individual agents. He was arrested in Russia in 2004 and later pleaded guilty to espionage, serving six years of a 13-year sentence before he was released in 2010 as part of a spy swap with the United States.

Skripal was living in Salisbury, England, before the poisoning attack. He and his daughter, who was visiting him from Russia at the time, have since recovered and are in hiding. The crime’s repercussions continued last week with the death of a 44-year-old British citizen, Dawn Sturgess, who, the police say, most likely accidentally touched residue of the nerve agent used in the attack.

From the earliest days of the Skripal investigation, the GRU was a suspect, in part because harsh punishment for traitors is part of the agency’s doctrine.

Viktor B. Suvorov, a GRU officer who defected to Britain in 1978, wrote in a memoir that inductees were shown a gruesome film of a defector, strapped to a stretcher, being slowly rolled into a furnace and burned alive. Though his account was disputed by some of his countrymen, it is beyond doubt that GRU defections were rare.

“Once you’re a member of an elite military force like the GRU, there is no leaving it,” said Nigel West, a British intelligence historian who has chronicled the lives of many defectors. “They do not defect. GRU are a military, disciplined elite. They know the consequences.”

During the Soviet era, intelligence services had a protocol around assassinations of agents who betrayed their services. It began with a trial, and the sentencing of the traitor to death in absentia. Then the decision would be distributed to counter-intelligence officers stationed at Soviet embassies.

A declassified CIA document from 1964 describes KGB assassination teams known as “combat groups,” which consisted of local agents or undercover “illegal staff” stationed all over the world in preparation for killings, known as “wet jobs.” Rather than carrying out the assassination, agents would often use the sentence as leverage to persuade the individual to become a double agent.

In recent years, the Kremlin has steered clear of direct involvement in criminal acts, preferring hybrid operations that cannot be traced to the government, sometimes carried out by retired operatives like the Russian “volunteers” fighting in Ukraine and Syria, who are often veterans of the GRU special forces.

“Our country has come to the understanding that the government should not be committing crimes,” said Dmitry Muratov, director of the editorial board at Novaya Gazeta, an independent newspaper that reports on the security services. Hybrid formations, he said, “are close to the government but not of the government.”

He added, “These formations have infiltrated the political life of the country.”

Russian authorities have never disclosed the extent of the damage Skripal caused the GRU, but there are indications it was significant. In “The Devil’s Counter-intelligence Dozen,” a book about Skripal’s years as a British spy, a Russian espionage expert, Nikolai Luzan, writes that the agent might have compromised as many as 300 Russian intelligence officers.

“When a mole is uncovered in any service, you have a massive operation to nail down everything he had access to,” said Galeotti, the author of “Spetsnaz,” a book about GRU special forces, adding that many colleagues who worked closely with Skripal would most likely have had their careers ended as part of the sweep.

“If people defected earlier in their career, you might find an entire graduating class benched,” he said.

Even after the swap, Skripal was able to damage the GRU’s infrastructure. In 2012, he visited intelligence officers in the Czech Republic who had long felt vulnerable in the face of Russia’s unusually large intelligence presence in the country. Skripal, who stayed for a long, boozy lunch, was able to help, said a European official.

“In fact, Skripal was able to describe what types of operations they had, how they cover up their people, how they build their teams,” the official said. “He didn’t have to be concrete, to give up concrete names. It contributed to improving our work.”

Over the months that followed, a number of Russian diplomats were expelled from the Czech Republic on suspicion of spying. Skripal “may have contributed some part of the puzzle” that led to the expulsions, the official said. “Whether he caused them, nobody can tell you.”

In interviews, several former Russian intelligence agents were skeptical that the GRU was behind the attack on the Skripals, in part because of its audacity.

In Soviet times, their more cosmopolitan KGB colleagues referred to GRU officers as “sapogi,” or boots, suggesting that they were tough and rugged but not sophisticated in their methods, said Yuri B. Shvets, a former KGB agent posted to Washington in the 1980s.

“The GRU took its officers from the trenches,” he said, unlike the KGB, which recruited from top universities.

Irek Murtazin, who worked closely with the GRU and now covers military affairs for Novaya Gazeta, said that the agency’s assassinations tended to be unshowy affairs.

“He would have died from a heart attack or a stroke, a car would have run him over or a bum would have beat him up,” Murtazin said. “There wouldn’t have been any Novichok.”

“That the GRU kills people abroad has been amply demonstrated in a variety of other cases,” he said. “The GRU tends to be more of a kinetic agency – more a bullet in the head rather than an exotic poison. The ultimate point is, from the GRU point of view, it’s the outcomes that matter.” 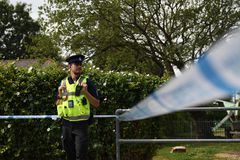 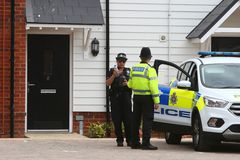 Russian journalist who faked his death says he didn’t want to share Sergei Skripal’s fate
May 31, 2018 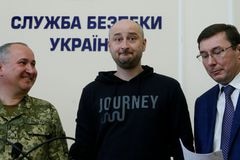