Iranian authorities have launched a wave of arrests over the military shootdown of a Ukrainian passenger jet with 176 people on board, prompting concerns that Iran is moving too quickly and cutting off the possibility of a credible international investigation.

A top Ukrainian official called Tuesday for Canada to join a multiparty investigation – potentially modelled on the international effort that probed the missile attack on a Malaysian Airlines airliner six years ago – to ensure the integrity of the process.

Iran and Ukraine have already agreed to jointly investigate last week’s disaster; Ottawa has yet to officially sign on, but will meet with other countries to discuss next steps Thursday.

The call for Canada to join an international investigation came as a new video emerged that appears to show Ukraine International Airlines Flight 752 was hit with not one, but two, missiles in the minutes after it took off from Imam Khomeini International Airport.

The video was initially published by The New York Times, which said it came from a security camera positioned on the roof of a building near the village of Bidkaneh, just under the flight path of Flight 752. The video shows one fast-moving object – identified by the Times as an Iranian missile – rising from the ground to strike the airliner. A second missile follows the same path and strikes the plane 23 seconds later.

Eliot Higgins, founder of the Bellingcat website that specializes in open-source investigations, told The Globe and Mail that his team believes the new video was taken somewhere in the area of Bidkaneh, adding: “we think it shows what it claims to.”

Tuesday’s arrests appear to have been the result of Iran’s own, separate, investigation of the disaster. A spokesman for the country’s judiciary, Gholamhossein Esmaili, told Iranian media Tuesday that “a number of people” had been arrested over the previous 72 hours in connection with the airplane shootdown, and that “extensive investigations” were under way. He did not give any details.

“The responsibility falls on more than just one person,” Iranian President Hassan Rouhani said in a televised speech. “It’s not just the one who pressed the button. There are others, and I want this matter to be explained to people honestly … The whole world will be watching our trial.”

Mr. Rouhani also called for the establishment of a “special court,” led by high-ranking judge and a panel of experts, to investigate the disaster.

“These criminal proceedings should be the result of joint efforts – to be sure the right persons are found and they really are guilty. The victims, what they really need most is justice,” Mr. Kasko said in an interview at his office in Kyiv. “It’s very important that the real people who committed this terrible act are brought to justice, not just that someone is found and brought to accountability – but that the full range of people who were involved should be punished.”

Speaking before the publication of the new video showing two missile strikes, Mr. Kasko said the Ukrainian investigation was working on two main theories – that the plane had been shot down either “by accident or intention.”

A team of Canadians – 10 diplomats focused on delivering consular support to victims of the crash, as well as two investigators from the Transportation Safety Board – is now on the ground in Iran. Iranian state television reported that Canadian, Ukrainian and Iranian officials held a meeting Tuesday to discuss the investigation, but gave but no other details.

Mr. Kasko said it was critical that Canada – which lost 57 citizens on the plane, more than any country besides Iran – join the multistate effort. “I really hope that Canada will join the investigation … I really hope in this situation we will have reliable partners on board.”

Ukraine lost 11 nationals when the Ukraine International Airlines plane was shot out of the sky on Jan. 8. Sweden, Afghanistan and Britain also lost citizens.

On Thursday, Canada will host a meeting of foreign ministers from the five countries, besides Iran, that were directly affected by the disaster. They will seek a joint approach, which Ukrainian Foreign Minister Vadym Prystaiko has suggested could include some form of legal action against Iran.

A spokesman for Foreign Affairs Minister François-Philippe Champagne said Canada wants to do all it can to ensure the crash is fully investigated and Tehran is held accountable for what happened. This includes compensation for families, he said.

Adam Austen, press secretary to Mr. Champagne, said in a statement that the affected countries will "discuss the need for a thorough investigation and how to secure full co-operation from Iranian authorities to achieve closure, accountability, transparency and justice – including compensation – for the families and loved ones of the victims.”

“Of course that investigation needs to be done jointly, include all affected countries, and it needs to be collaborative in order to be effective – that’s exactly what Canada has been pushing for.”

There is lingering concern over the fate of the plane’s two black boxes, which contain critical information about the last moments of Flight 752. Iran said Tuesday that it had sent the boxes to France, but French officials told NBC News that they had not received them, adding they were not aware of any such plan.

Ukraine, meanwhile, continues to operate under the assumption that the black boxes – which record flight data, as well as cockpit conversations – will be delivered to Kyiv. An Iranian official was reported to be en route to the Ukrainian capital on Tuesday, tasked with determining whether the country was technically capable of analyzing the boxes, which were damaged when the plane was destroyed.

Mr. Kasko said it was crucial that international experts analyze the black boxes. “They need to define the exact moment that the plane was hit by a rocket. [Investigators] have the final communications between the pilot and the control tower, but they do not know what happened afterwards.”

He said an international investigation could be modelled on the Joint Investigation Team that was established in the wake of the downing of Malaysian Airlines Flight 17 over eastern Ukraine in 2014.

That body, which was led by the Netherlands as the country that had lost the most civilians aboard Flight 17, last year concluded that the plane had been destroyed by a Russian anti-aircraft missile system, fired from territory controlled by Moscow-backed separatists in eastern Ukraine. Three Russian citizens and one Ukrainian now face murder charges in the Netherlands, though they are not expected to be present when the trial opens in March.

The shootdown of the Ukrainian jet has triggered street protests in Tehran and other Iranian cities over the past three days. Iran admitted on Saturday that its military had shot down the airplane, calling it a “disastrous mistake” after an air-defence operator had thought that the plane was a U.S. cruise missile.

The protesters have criticized the government for denying the military shootdown for three days after it happened, and for failing to close Iranian airports and air space at a time when Iran was firing missiles at U.S. targets and anticipating a retaliation.

The Iranian government is accountable to all nations “who lost lives in the plane crash,” Mr. Rouhani said in his first public remarks since the shootdown. “We should assure people that it will not happen again.”

He promised the establishment of a special court to investigate the shootdown, headed by a judge and staffed by dozens of experts.

He said that the United States had “inflamed the atmosphere” with its assassination of an Iranian commander before the shootdown of the airplane, but it was still an “unforgivable error” whose root causes must be investigated.

Trudeau says Canada wasn’t warned of Soleimani strike, says crash victims would be alive if not for U.S.-Iran tensions
January 13, 2020 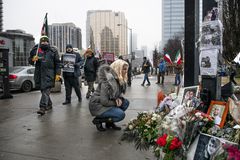 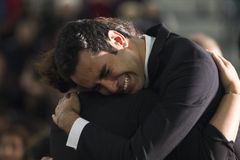 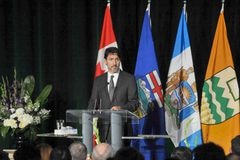 Follow Mark MacKinnon, Geoffrey York and Steven Chase on Twitter @markmackinnon @geoffreyyork @stevenchase
Report an error Editorial code of conduct
Due to technical reasons, we have temporarily removed commenting from our articles. We hope to have this fixed soon. Thank you for your patience. If you are looking to give feedback on our new site, please send it along to feedback@globeandmail.com. If you want to write a letter to the editor, please forward to letters@globeandmail.com.
Comments