Iran’s president and foreign minister lashed out on Wednesday at a revised proposal by the U.S. that would extend a UN arms embargo on Iran indefinitely, the latest in the Trump administration’s maximum pressure policy against Iran.

The U.S. on Tuesday circulated the revised draft at the UN, seeking to gain more support in the 15-member Security Council where veto-wielding Russia and China have voiced strong opposition. The revised draft, which eliminated some provisions from the earlier version that diplomats said went beyond the extension of the arms embargo, may be put to a vote as early as Friday.

Still, with Russia and China sharply critical of the U.S. effort to indefinitely extend the arms embargo, the two will likely use their veto powers even if the draft got the minimum nine “yes” votes in the council, which appears unlikely.

The U.S. push to make the arms embargo permanent follows President Donald Trump’s 2018 withdrawal from the 2015 nuclear deal between major world powers and Tehran, aimed at preventing Iran from developing nuclear weapons. Tehran has repeatedly insisted it does not seek to produce a nuclear bomb.

The nuclear deal, endorsed by the Security Council, includes a provision lifting the arms embargo on Iran on Oct. 18.

Iranian President Hassan Rouhani lambasted the revised draft, saying its “initiators will be responsible for the consequences” if the Security Council adopts the new resolution. He did not elaborate on what steps Iran could take.

The United Nations banned Iran from buying major foreign weapon systems in 2010 amid tensions over its nuclear program. That blocked Iran from replacing its aging military equipment, much of which had been purchased by the shah before the 1979 Islamic Revolution. An earlier embargo targeted Iranian arms exports.

In a separate development Wednesday, Iranian hard-liners in parliament voted against Rouhani’s nominee for trade minister in the first showdown between the rival camps since the house resumed work in May despite the struggles to curb the spread of the coronavirus.

Parliament Speaker Mohammad Bagher Ghalibaf said the vote was 140-104 against the nominee. There were 254 lawmakers at the session and 10 abstained. The parliament has 290 seats.

The vote marked the first serious confrontation between the newly elected house, dominated by conservatives and the bloc of supporters of the relatively moderate Rouhani. Under the law, Rouhani must introduce new nominees to his Cabinet in the next three months.

Rouhani in May dismissed the trade and industry minister at the time, Reza Rahmani, as Iran faced an unprecedented economic downturn amid intense pressure from the United States after Trump pulled America out of the nuclear deal and reimposed sanctions on the country. Khiabani, 52, had since been the acting trade minister.

Iran is also grappling with the largest and deadliest outbreak of the coronavirus in the Middle East, with more than 333,000 confirmed cases and at least 18,988 deaths. 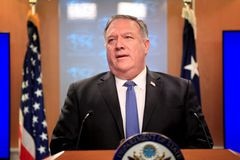 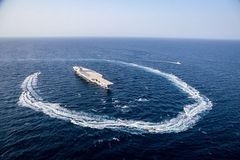 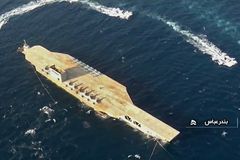