For the fourth time in two years, the shape of Israel’s next government will be determined by Benjamin Netanyahu’s ability to forge a coalition with his rivals, including some who have vowed never to work with him again.

Mr. Netanyahu, who has served as Israel’s Prime Minister since 2009, has repeatedly overcome such obstacles in the past. While early results from Tuesday’s election show the bloc of parties willing to support his continued leadership falling just short of what they need to form a government, analysts say another coalition headed by Mr. Netanyahu remains more likely than one that removes him from office.

The political crisis reflects a deep division in Israeli society over the 71-year-old Mr. Netanyahu. His supporters view him as the best choice to lead Israel, pointing to his achievements on the international stage – including last year’s Abraham Accords, which saw four Arab countries recognize Israel for the first time – as well as the country’s world-leading COVID-19 vaccination program. His opponents believe that a man facing criminal charges in three separate corruption cases should be barred from office.

That divide has plunged the country into four elections since April, 2019, and analysts on Wednesday were already speaking of the possibility of a fifth. “As long as we cannot build a stable coalition without Netanyahu, and as long as Netanyahu does not have a majority to undermine the system and dodge his legal processes, the crisis will continue,” said Yohanan Plesner, the president of the Israel Democracy Institute, a Jerusalem-based think tank.

With about 90 per cent of the votes counted, Mr. Netanyahu’s Likud party was on pace to win 30 seats, down from 36 in last year’s election. Other right-wing and religious parties that have traditionally worked with him won another 29 seats, leaving him just short of the 61 necessary to form a government in the 120-seat parliament, known as the Knesset.

While Mr. Netanyahu claimed victory shortly after polls closed Tuesday, saying he intended to form a “stable right-wing government,” he did not repeat the claim in a speech later that night. Hundreds of balloons that were supposed to drop at the start of a victory party remained suspended over his head as he spoke.

The centrist Yesh Atid party, led by former television anchorman Yair Lapid, came second, with 17 seats. Mr. Lapid has vowed to form a “change” government comprising those on both the left and right who are opposed to Mr. Netanyahu.

Mr. Lapid emerged as the de facto leader of the anti-Netanyahu opposition after the collapse in the vote for Benny Gantz, a decorated former chief of Israel’s armed forces, and his centrist Blue and White alliance. They had finished in a virtual dead heat with Likud in each of the previous three elections, before Mr. Gantz agreed to enter into a power-sharing agreement with Mr. Netanyahu after the March, 2020, election.

That deal was supposed to see Mr. Netanyahu hand the prime ministership to Mr. Gantz in November of this year, but the government collapsed before that transition could happen. Voters appeared to punish Mr. Gantz Tuesday for putting his trust in Mr. Netanyahu, with Blue and White collapsing from 33 seats to eight.

Key to the shape of any new government will be former defence minister Naftali Bennett, a onetime protégé of Mr. Netanyahu’s who split acrimoniously from his boss last year after the Prime Minister backed away from a plan to annex the West Bank, which has a Palestinian majority but has been under Israeli military occupation since 1967.

While Mr. Bennett has harshly criticized Mr. Netanyahu during the campaign, he’s seen as more likely to join a right-wing government than one that includes left-wing parties that favour making peace with the Palestinians. “I still think [Mr. Bennett] would rather go into a coalition with Netanyahu than be blamed for a fifth election,” said Dahlia Scheindlin, a pollster based in Tel Aviv.

An even more unlikely potential kingmaker is Mansour Abbas, an Islamist politician whose United Arab List party won five seats. While both Mr. Netanyahu and Mr. Lapid have said they would never invite the UAL into a coalition government, Mr. Abbas has signalled that he would support a government during key Knesset votes if it delivers benefits to Israel’s Arabs, who make up about a fifth of the country’s population. Israeli-Arab areas have poorer infrastructure and larger social problems than Jewish areas of the country.

A hard-right coalition headed by Mr. Netanyahu could include some troubling coalition partners. Likud has an election pact with the Religious Zionism party, which is projected to win six seats and includes the extreme-right Jewish Power movement, as well as an anti-LGBTQ movement called Noam. Jewish Power has called for the annexation of the West Bank and the expulsion of “disloyal” Arab citizens of Israel.

Ms. Scheindlin called Religious Zionism “the most extreme party to ever have a seat in the Knesset,” but predicted Mr. Netanyahu would work with them if it allowed him to remain in power.

Such a government could complicate any plans U.S. President Joe Biden might have to restart the long-dormant Israeli-Palestinian peace process. Speaking to reporters Wednesday, Palestinian Prime Minister Mohammad Shtayyeh said the Israeli election result “does not really give any hope for peace.” 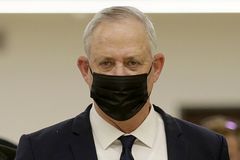 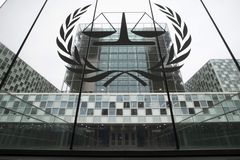 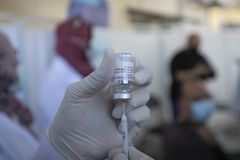