There were no immediate reports of casualties from the strikes, which could be heard from Gaza City. Israel also carried out air strikes early Wednesday, targeting what it is said were Hamas facilities, without killing or wounding anyone.

The military said fighter jets struck Hamas “military compounds and a rocket launch site” late Thursday in response to the balloons. It said its forces were preparing for a “variety of scenarios including a resumption of hostilities.”

Rocket sirens went off in Israeli communities near Gaza shortly after the air strikes. The military later said they were triggered by “incoming fire, not rockets.”

Surveillance camera footage obtained by The Associated Press showed what appeared to be heavy machine-gun fire into the air from Gaza, a possible attempt by Palestinian militants to shoot down aircraft. Other footage showed projectiles being fired from Gaza, but it was unclear what kind or where they landed.

Tensions have remained high since a ceasefire halted the war on May 21, even as Egyptian mediators have met with Israeli and Hamas officials to try and shore up the informal truce.

Israel and Hamas have fought four wars and countless smaller skirmishes since the Islamic militant group seized power from rival Palestinians forces in 2007. Israel and Egypt have imposed a crippling blockade on Gaza, which is home to more than 2 million Palestinians, since Hamas took over.

Earlier, Israeli police used stun grenades and a water cannon spraying skunk water to disperse Palestinian protesters from Damascus Gate in east Jerusalem, the epicentre of weeks of protests and clashes in the run-up to the Gaza war.

After the crowds were dispersed, Palestinians could be seen throwing rocks and water bottles at ultra-Orthodox Jews walking in the area.

Calls had circulated for protesters to gather at Damascus Gate in response to a rally held there by Jewish ultranationalists on Tuesday in which dozens of Israelis had chanted “Death to Arabs” and “May your village burn.” The police had forcibly cleared the square and provided security for that rally, part of a parade to celebrate Israel’s conquest of east Jerusalem.

In a separate incident, a Palestinian teenager died Thursday after being shot by Israeli troops in the occupied West Bank during a protest against a settlement outpost, the fourth demonstrator to be killed since the outpost was established last month.

The Israeli military said Wednesday that a soldier stationed near the wildcat outpost in the West Bank saw a group of Palestinians approaching, and that one “hurled a suspicious object at him, which exploded adjacent to the soldier.” The army said that the soldier fired in the air, then shot the Palestinian who threw the object.

Settlers established the outpost, which they refer to as Eviatar, near the northern West Bank town of Nablus last month and say it is now home to dozens of families. Palestinians say it is built on private land and fear it will grow and merge with other large settlements nearby.

Nearly 500,000 Jewish settlers live in some 130 settlements across the occupied West Bank. The Palestinians and much of the international community view the settlements as a violation of international law and a major obstacle to peace.

Israeli authorities have evacuated the outpost on several occasions. They appear reluctant to do so this time because it would embarrass Prime Minister Naftali Bennett and other right-wing members of the fragile government sworn in over the weekend.

Palestinians from the nearby village of Beita have held several protests in which demonstrators have hurled stones and Israeli troops have fired tear gas and live ammunition. Four Palestinians have been killed since mid-May, including Shamsa and another teenager.

The Israeli military also shot and killed a Palestinian woman on Wednesday, saying she had tried to ram her car into a group of soldiers guarding a West Bank construction site.

In a statement, the army said soldiers fired at the woman in Hizmeh, just north of Jerusalem, after she exited the car and pulled out a knife. The statement did not say how close the woman was to the soldiers, and the army did not release any photos or video of the incident.

The family of Mai Afaneh insisted she had no reason or ability to carry out an attack.

In recent years, Israel has seen a series of shootings, stabbings and car ramming attacks against Israeli soldiers and civilians in the occupied West Bank. Most have been carried out by Palestinians with no apparent links to organized militant groups.

Palestinians and Israeli human rights groups say the soldiers often use excessive force and could have stopped some assailants without killing them. In some cases, they say that innocent people have been identified as attackers and shot.

The Palestinians seek the West Bank, where the Palestinian Authority exerts limited self-rule in population centres, as part of a future state along with the Gaza Strip and east Jerusalem. Israel captured all three territories in the 1967 war and says Jerusalem is indivisible. There have been no substantive peace talks in more than a decade. 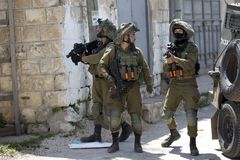 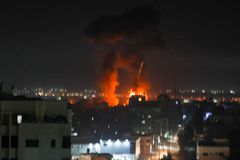 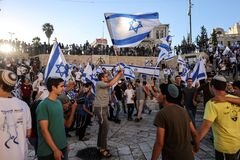