Benjamin Netanyahu’s chief rival announced Wednesday that he had failed to form a new government, dashing his hopes of toppling the long-time Israeli Prime Minister and pushing the country closer toward an unprecedented third election in less than a year.

The announcement by Benny Gantz, leader of the centrist Blue and White party, prolongs the political paralysis that has gripped the country for the past year. It also provides a new lifeline for the beleaguered Mr. Netanyahu, who is desperate to remain in office as he prepares for an expected indictment on corruption charges, possibly as early as Thursday.

Mr. Gantz, a former military chief, was tapped to form a government last month after Mr. Netanyahu failed to cobble together a coalition in the wake of inconclusive September elections. But during four weeks of intense negotiations, Mr. Gantz was unable to muster the support of a required 61-member majority in the 120-seat parliament by Wednesday’s midnight deadline.

“He should have come to terms with the fact that the outcome of the elections required him to negotiate directly, with no blocks or barriers,” Mr. Gantz said angrily.

Under Israeli law, parliament now enters a 21-day period where any lawmaker can try to muster a 61-seat majority and become prime minister.

That means both Mr. Gantz and Mr. Netanyahu will continue their efforts to find coalition partners and to explore the possibility of a unity government. Dark-horse candidates may also emerge. If they fail, the country would be forced to hold another election in March.

“These are 21 fateful days in which Israeli democracy will be challenged by the most important test,” Mr. Gantz said. He vowed to try to find a way to pull Israel “out of the total paralysis that was forced upon us.”

Mr. Gantz’s Blue and White is the largest party in parliament, with 34 seats, just ahead of Likud’s 33, meaning the two men together could control a majority. But during weeks of talks, they could not agree on the terms of a power-sharing agreement, including who would first be prime minister and what would happen if Mr. Netanyahu is indicted.

The race, however, could be shaken up by the expected indictment of Mr. Netanyahu in a series of corruption cases. Channel 13 TV reported that Attorney-General Avichai Mandelblit has decided to file fraud and breach-of-trust charges and an announcement could come as soon as Thursday. There was no immediate confirmation from the Justice Ministry.

Mr. Netanyahu is desperate to remain in the prime minister’s post, where he would be best positioned to fight the charges and seek immunity from prosecution from parliament. With the exception of prime minister, Israeli law requires public officials to resign if charged with a crime.

As Mr. Netanyahu’s legal woes have mounted, his Likud party has remained firmly behind him. But that could change if there is a formal indictment, and he could begin to face calls to step aside. It also is unclear how voters beyond his political base would react to an indictment.

Mr. Gantz has ruled out a partnership with Netanyahu at a time when he is facing trial, but has said he has no objections to partnering with Likud if it is led by someone else.

Wednesday’s crisis was triggered by Avigdor Lieberman, leader of a small secular, ultranationalist party who has emerged as Israel’s political power broker.

Neither Mr. Gantz nor Mr. Netanyahu was able to form a majority government without Mr. Lieberman’s support. But on Wednesday, Mr. Lieberman said he would not endorse either candidate.

Mr. Lieberman, a former Netanyahu ally who hails from the former Soviet Union, has objected to the outsize influence of ultra-Orthodox religious parties and refused to join Mr. Netanyahu’s coalition of religious and nationalist partners after April elections. That forced the second election in September.

Mr. Lieberman had urged Mr. Netanyahu and Mr. Gantz to form a broad, secular unity government as a way out of the stalemate.

Speaking to reporters, Mr. Lieberman blamed both men for the failure.

“I made every effort. I turned over every stone,” he said. “There were no significant gaps, they were mainly personal gaps and after it all, at least for now, it seems we are heading for another election.”

Mr. Lieberman said he objected to Mr. Netanyahu’s alliance with “messianic” religious parties, while he also accused Mr. Gantz of reaching out to religious parties and not negotiating in good faith.

Mr. Lieberman also ruled out a “minority” government that would depend on outside support from Arab politicians. Mr. Lieberman has frequently been accused of racism for describing the country’s Arab minority as a threat from within.

In recent weeks, Mr. Netanyahu had lambasted Mr. Gantz for dangling the prospect of a minority government with Arab partners. His comments drew accusations of racism and incitement and a stern lecture from President Reuven Rivlin, who berated Mr. Netanyahu’s “ugly” words.

After Mr. Lieberman’s announcement Wednesday, Mr. Netanyahu called upon Mr. Gantz to join him in forming a unity government. “I think we must not drag this country into another election,” he said at a Likud faction meeting.

Yuval Shany, vice-president of research at the Israel Democracy Institute, said there is little appetite for new elections, but the expected indictment would complicate unity talks.

“I think what we will see now is the continued negotiations over the formation of a grand coalition,” he said.

Rising regional tensions could also force the sides into compromise.

Israel carried out a wide-scale offensive against Iranian targets in Syria early Wednesday in response to rocket attacks against it. At least 23 people were reported killed, including 15 non-Syrians who included at least some Iranians.

Israeli security officials fear Iran could respond, setting off further violence a week after heavy fighting between Israel and Iranian-backed militants in Gaza. Against such a backdrop, the prospect of another dreaded election would weigh heavily on an already weary public. 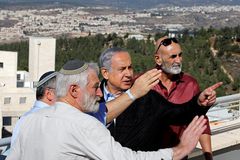 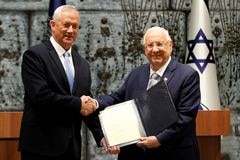