Israel’s Attorney-General on Monday officially submitted his indictment of Prime Minister Benjamin Netanyahu on corruption charges, laying out a sweeping case in which more than 300 people, including a number of well-known billionaires, could be called to testify.

But in a break for Mr. Netanyahu, the parliament’s legal adviser issued an opinion that could buy the Prime Minister several months to seek immunity from the Knesset and delay trial. The ruling raised the likelihood the country will be heading to elections for the third time in under a year.

Attorney-General Avichai Mandelblit announced on Nov. 21 that he was charging Mr. Netanyahu with fraud, breach of trust and accepting bribes in three separate cases. It is the first time in Israeli history that a sitting prime minister has been charged with a crime. On Monday, he formally submitted the indictment to the speaker of parliament.

Mr. Netanyahu denies any wrongdoing and has claimed he is the victim of an “attempted coup” by overzealous police investigators and prosecutors.

The charges against Mr. Netanyahu include accepting some $200,000 in gifts such as cigars and Champagne from two billionaires, Hollywood-based Israeli movie mogul Arnon Milchan and Australian magnate James Packer.

Mr. Netanyahu is also accused of offering to push legislation that would benefit the publisher of a major newspaper in exchange for positive news coverage and promoting regulations worth hundreds of millions of dollars to a friend and telecom magnate in exchange for favourable coverage on the Israeli company’s popular news site.

Dozens of police officials and former Netanyahu aides, including several who agreed to turn state witness against him, are also listed. Tamir Pardo, a former chief of the Mossad spy agency, and several prominent Israeli politicians, both allies and rivals of the prime minister, appear.

In a Twitter post, Mr. Netanyahu dismissed the large list of witnesses. “When there is a real case, you don’t need 333 witnesses, and when there’s no real case, even 333 witnesses won’t help,” he said.

Israel’s political system has been in disarray for the past year, in large part because of Mr. Netanyahu’s legal woes.

Two elections held this year ended in deadlock, with neither Mr. Netanyahu nor his main rival, former military chief Benny Gantz, able to secure a parliamentary majority or agree on a power-sharing rotation. If the sides cannot reach a compromise by Dec. 11, parliament will be dissolved and the country would be forced to vote again in March, its third election in less than 12 months.

One of the key sticking points in coalition negotiations has been Mr. Netanyahu’s goal of receiving immunity from prosecution. Mr. Gantz has ruled out a partnership with a prime minister under indictment.

The indictment has thrown Israel into an unprecedented legal situation. Although Israeli law requires cabinet ministers and other public officials to resign if charged with a crime, that law does not apply to sitting prime ministers. For this reason, Mr. Netanyahu is desperate to remain in office, where he is best positioned to fight the charges.

By submitting his letter to parliament’s speaker, Mr. Mandelblit began an official 30-day window for Mr. Netanyahu to ask parliament for immunity. With only a minority in favour, Mr. Netanyahu’s odds of success appear slim.

But late Monday, the parliament’s legal adviser, Eyal Yinon, said that any request for immunity would have to be considered by the legislature’s “House Committee.”

The current caretaker government does not have such a committee, and it appears unlikely that it will appoint one before the Dec. 11 deadline.

That means that if Mr. Netanyahu submits an immunity request, it will likely be ruled upon only after new elections and formation of a new government that appoints a committee. In another boost to Mr. Netanyahu, the decision said that the courts would not receive the indictment until after a ruling on immunity, potentially putting any trial on hold for months.

The decision gave Mr. Netanyahu another incentive to allow the parliament to dissolve next week. A new election would not only buy him additional time in office, it would also give him the opportunity to secure a more sympathetic parliament.

“Practically, if there are elections, then the whole issue is postponed until after March,” said Amir Fuchs, a legal expert at the Israel Democracy Institute, a Jerusalem think tank.

“The most probable scenario is that they will ask for immunity later, in one of the last days of the 30 days, and if we are already in the process of elections then we will have to wait until after the elections,” he said. 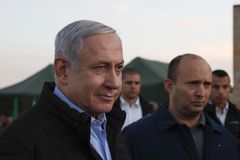 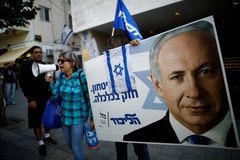