The era of Israeli Prime Minister Benjamin Netanyahu has not ended quite yet.

On Thursday, only hours after a rebel coalition of eight parties agreed to form a new government, a pro-Netanyahu bloc was putting enormous pressure on several lawmakers to defect from the new coalition and deprive it of its slim majority in the Knesset, Israel’s parliament.

“The question is not whether the new government will last, the question is whether it will even be born,” Yehuda Ben-Meir, a former Knesset member who is now a senior research fellow at Israel’s Institute for National Security Studies, told The Globe and Mail. “I think the new coalition has a 50-50 chance.”

The coalition needs 61 seats in the 120-seat Knesset to form a government. Lawmakers are expected to vote on the new government in about 10 days, giving Mr. Netanyahu and his Likud party loyalists ample time to try to break the alliance.

Already, one Yamina member, Nir Orbach, is wavering, according to Israeli media reports. Mr. Orbach said he would not support the replacement of Knesset Speaker Yariv Levin, who is a member of Likud. The coalition is desperately trying to oust Mr. Levin, who has the power to delay a vote of confidence in the proposed new government if he retains his position.

With a mere one-seat majority, the coalition could suffer defeat if a single lawmaker were to withdraw his or her support. If it collapses, Israel would almost certainly face its fifth election in two years, thrusting the country back into political turmoil but giving Mr. Netanyahu yet another chance at redemption.

The coalition came together just an hour before Wednesday’s midnight deadline. It is composed of bitter ideological rivals from left-wing, right-wing and centrist parties, all of them united in their desire to end the premiership of Mr. Netanyahu, 71, who is fighting three corruption charges.

Mr. Bennett and Mr. Lapid were able to secure the backing of the United Arab List, which won four seats in the most recent election, in March. UAL Leader Mansour Abbas is considered a pragmatist who secured spending promises to help the sizable Arab minority in Israel, including the Bedouins.

“This is the first time an Arab party is a partner in the formation of a government,” Mr. Abbas told reporters. “This agreement has a lot of things for the benefit of Arab society – and Israeli society in general.”

The power-sharing agreement would see Mr. Bennett, a former defence minister who does not support Palestinian statehood and backed Israel’s recent 11-day war against Hamas in the blockaded Gaza Strip, emerge as the next prime minister. He would be replaced after two years by Mr. Lapid, whose party won 17 seats in the last election, making it the largest member of the anti-Netanyahu bloc (Likud is the biggest party, with 30 seats).

On Thursday, speaking for the first time since the coalition came together, Mr. Netanyahu made it clear he was not ready to be reduced to opposition status, where he could be denied parliamentary immunity as the corruption trial against him proceeds.

In a tweet, he said all right-wing lawmakers “must oppose this dangerous leftwing government,” even though the coalition is largely composed of centrist and far-right parties. He also accused Mr. Bennett and Mr. Lapid of having “sold out” to Israel’s Arab citizens, who comprise 20 per cent of the population.

Mr. Netanyahu’s supporters were also coming out in force. Gilad Sharon, son of the late Likud prime minister Ariel Sharon, accused Mr. Bennett of “selling out his principles, which have proved to be very flexible, for the sake of a job.” 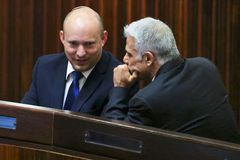 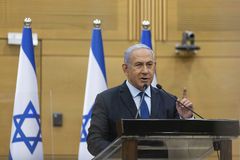 Netanyahu’s opponents hashing out deal as deadline looms
May 31, 2021 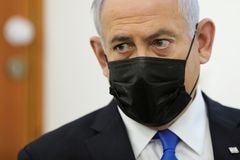