A panel probing police actions in Hong Kong faces constraints that will make its job “extremely difficult," according to a Canadian expert hired as an adviser by the investigative body.

With international attention focused on how the semi-autonomous city administered by China responds to the continuing protests, police acknowledged using live ammunition against a protester. An 18-year-old was sent to hospital on Tuesday in critical condition.

“Surely, this is a turn of events that is of great concern. No one wanted this to happen in Hong Kong, certainly not the IPCC,” said Mr. McNeilly, speaking in an interview with The Globe and Mail.

But he added that his mission has not changed. He and his adviser colleagues − two from Britain, and one each from Australia and New Zealand – are current or former members of police watchdogs in their own countries who have been given the task of advising the IPCC on how best to gather evidence.

The IPCC is preparing to issue a public report this winter. Yet observers say time constraints, the protests and a lack of legal powers to compel evidence from police will make this work challenging.

“Normally, under these circumstances, reviews are carried out and the event is usually over," said Mr. McNeilly, who spent more than a decade heading Ontario’s Office of the Independent Police Review Director (OIPRD). “It’s extremely difficult to make recommendations when you have a moving situation.”

Compared with Canadian police watchdog bodies, he said, Hong Kong’s IPCC lacks investigative powers. “They are unable to summons or subpoena people,” he said, adding that it has to rely instead on ”persuasion” to obtain required information.

Mr. McNeilly, who finished his term at the OIPRD this spring, recalled how one of his key reports delved into the police actions at the 2010 Group of 20 summit in Toronto.

Relying on thousands of documents, photos and videos that had been gathered, as well as interviews with more than 600 police officers, that report said Canadian police unlawfully arrested more than 300 protesters at a time.

Legislated evidence-gathering powers are crucial for watchdog bodies, Mr. McNeilly said, because they must often try to reconstruct police orders to escalate the use of force.

Long before live ammunition was fired in Hong Kong this week, rights groups were accusing police of going too far. Pepper spray, tear gas, rubber bullets, bean-bag rounds, batons and water cannons have been all used to suppress demonstrators, some of whom have set fires, vandalized subway stations, tossed bricks and attacked officers.

Hong Kong Chief Executive Carrie Lam announced the creation of the independent expert panel on Sept. 4, the day in which she said that she would withdraw a controversial extradition bill that sparked the months-long protests.

This was part of an effort, the government said, to demonstrate its response to five demands from protesters, including one for an independent inquiry into police conduct.

The IPCC struck a special task force in June to examine police conduct during the protests that started that month. In August, the task force said it will produce its first report within six months.

Critics of the Hong Kong police watchdog body allege that its deficiencies can enable police misconduct.

Officers “know that whatever they do, no matter what actions are caught on camera, they will be all right,” said Bonnie Leung, who has been a leader with Hong Kong’s Civil Human Rights Front, which has organized some of the largest marches.

The city’s police have become “the No. 1 enemy of the Hong Kong people,” she said, adding that "without an independent investigation, we cannot rebuild trust with the police force or the Hong Kong government.”

The police force’s Complaints Against Police Office substantiated only four of 6,412 complaints brought against police between 2004 and 2018, according to a joint letter sent to Ms. Lam this summer by Amnesty International, the Hong Kong Human Rights Monitor, Human Rights Watch and other groups.

“We do not think the existing mechanisms can handle the scale and scope of the present crisis,” Man-kei Tam, director of Amnesty International Hong Kong, said in an interview.

Last week, Amnesty released reports documenting an “outrageous police response” to protests, including pepper spray used against people in custody, as well as evidence of police-inflicted head wounds, fractures and other injuries.

Hong Kong police have said they respect the “privacy, dignity and rights” of those they have arrested, and have employed “the minimum force necessary for achieving a lawful purpose.”

The IPCC responded to a request for comment with previous statements, pointing out that it has the ability to conduct interviews with people to clarify matters under investigation, and can also observe the work of the police investigation. 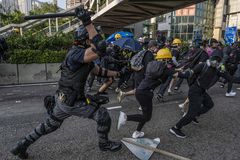 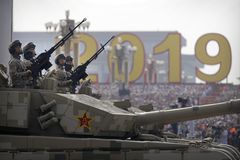 Follow Colin Freeze and Nathan VanderKlippe on Twitter @colinfreeze @nvanderklippe
Report an error Editorial code of conduct
Due to technical reasons, we have temporarily removed commenting from our articles. We hope to have this fixed soon. Thank you for your patience. If you are looking to give feedback on our new site, please send it along to feedback@globeandmail.com. If you want to write a letter to the editor, please forward to letters@globeandmail.com.
Comments