In Italy they’re known as the Camici Bianchi – the White Coats – and they’re falling in the line of duty in tragic numbers.

The White Coats are the doctors who have died treating COVID-19 patients in overburdened hospitals and other health facilities. By Friday, 74 had died since Italy recorded its first coronavirus death on Feb. 21. No other country – including China, where the pandemic began in December – has seen so many doctors succumb to the disease.

Italians are treating them as heroes and know their names. The Italian National Federation of Orders of Surgeons and Dentists (FNOMCeO) publishes a list of the deceased doctors on its website under a black ribbon. The dates of their deaths and their medical specialties are all the information that is given. Profiles of the prominent ones fill the news and obituary pages of Italian newspapers.

The doctor fatalities are sure to rise because of the sheer intensity of the COVID-19 outbreak in Italy – which recorded 14,681 deaths by Friday night – the recruitment of elderly, retired doctors and shortages of high-quality personal protective equipment (PPE). By the end of the week, about 10,000 Italian hospital workers of every description had tested positive for the novel coronavirus. That’s about 8 per cent of Italy’s 120,000 cases. Published medical reports suggest that infections among Chinese medical workers was half that rate.

Serious questions are being asked in Italy and elsewhere in Europe about why so many Italian doctors died and what lessons can be learned from their sacrifices, even if it seems certain that medical workers’ daily exposure to COVID-19 hospital wards means that none of them can be fully shielded from the highly contagious disease.

“Lessons learned? The Italian experience stresses the need for the best PPE at all times,” Martin McKee, professor of European public health at the London School of Hygiene and Tropical Medicine and research director at the European Observatory on Health Systems and Policies, told The Globe and Mail. “A number of countries should have been more prepared in advance.”

The first doctor fatality was reported on March 11, two days after Italy went into strict quarantine. Roberto Stella, 67, died after five days in critical care at a hospital in Como, in Northern Italy, the epicentre of the European outbreak. Since public gatherings were banned by then, only a cousin, a local priest and the mayor of Como attended his funeral.

Dr. Stella’s death shocked the Italian medical community. For much of his career, he held top positions in FNOMCeO, where he was responsible for the association’s medical training and continuing education division. He also served on the Italian government’s advisory board on health issues. When he died, Health Minister Roberto Speranza said the Italian health system had lost “a point of reference.”

Of the 74 doctors who have died in Italy, one was a penitentiary doctor and four were women. Most were in their 60s (their ages were not all published), but one, family doctor Marcello Natali, was only 57.

Dr. Natali worked in Codogno, the hard-hit town just south of Milan that was part of the country’s first locked-down “red zone.” In one of his last interviews before his death, he told Euronews that the PPE available was inadequate. “The situation has not gotten better since the end of February,” he said. “We received some masks, some glove kits, nothing else. A mask that should last half a day here lasts a week.”

On March 13, he said in an SMS text to his colleagues: “Unfortunately, I am not doing well.” He died five days later.

Several Italian nurses have died. Two of them died by suicide, according to Italian reports.

Most of the infected Italian doctors and medical workers were exposed in hospitals in Italy’s Lombardy region, which includes Milan, where almost half the country’s COVID-19 cases have been confirmed. Paolo Groff, 55, director of the emergency department at Santa Maria della Misericordia Hospital in Perugia, in north-central Italy, said one of the dangers to medics is exposure to “patients who were asymptomatic.”

The doctors who were unaware they were infected probably infected other medical workers. Their tests for COVID-19 were only sporadic. In a March 22 statement, Nino Cartabellotta, president of GIMBE, Italy’s Group for Evidence-based Medicine, said “the infected health workers were unfortunately the great and unaware protagonists of the infection in hospitals, nursing homes and patients’ homes."

GIMBE urged all Italian health authorities to ensure that the testing of health workers be made “a top priority.”

Prof. McKee said the overburdened Italian hospitals, especially in the north, no doubt accelerated the infection rate among doctors. “The Italian health system was particularly overloaded, and hospitals got beyond a critical point where they couldn’t cope,” he said. "When you are rushed off your feet, you might not have time to think before you do things.” Military to be deployed to northern Quebec to help communities cope amid COVID-19 pandemic
April 3, 2020 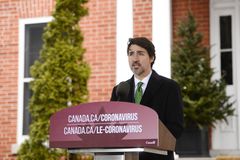 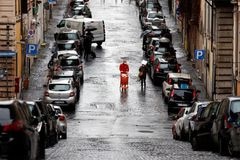