Eric RegulyEuropean bureau chief
Rome
Published May 14, 2021 Updated May 14, 2021
For Subscribers
Comments
Text Size
Please log in to listen to this story. Also available in French and Mandarin. Log In Create Free Account

The 53-year-old Neapolitan and former nursing-home legal consultant is the owner of a small villa on Ponza, one of four islands in the Pontine archipelago in the Tyrrhenian Sea, about half way between Rome and Naples. He rents out the blue-and-white villa, equipped with a vast terrace overlooking the sea, in the high season and last summer’s pandemic made business difficult for him.

This summer, Italy is reopening – or plans to, barring a fourth wave – and he can’t keep up with the requests. “I am already booked solid from June 20 until early September and I am even getting calls from New Yorkers,” he said. “But it’s easier for me to go with Italians because I still don’t know how easy it will be for foreigners to get to Italy.”

Ponza is popular with Roman families, since it’s an easy shot from the capital and cheaper than the glitzy islands of Capri and Ischia farther south. The island, covering just 7.3 square kilometres, is known for its dramatic rocky coastline, clear waters, relaxed seafood restaurants – and summer crowds.

The crowds thinned out last summer even though the first known local case of COVID-19 among the 3,000 permanent residents did not come until October.

To help ensure the most popular holiday islands don’t face another virus panic, Italy’s regional health authorities are planning to vaccinate all of their adult residents by the summer. Doing so will help with their “COVID-free” marketing pitches.

“We are preparing to welcome millions of tourists and [want to] prevent them from going to Spain and Greece,” Vincenzo De Luca, Governor of Campania, the region that includes Naples, Capri and Ischia, said in a speech last weekend.

In an interview Thursday, Capri Mayor Marino Lembo said 100 per cent of the island’s registered adult residents (about 7,000) had been vaccinated, as well as the hospitality workers who live on the mainland and commute by ferry. “Last summer, we had zero visitors, only Italians,” he said. “We lost a lot of business. This summer, we hope the foreigners will come back and we’re already getting bookings from Americans.”

In 2020, tourist revenue on the island fell by an estimated 70 per cent, according to the Italian hotels association Federalberghi.

Tourism is an essential Italian industry, accounting for about 13 per cent of gross domestic product, double the Canadian level, though not as high as Spain’s (14.5 per cent) or Greece’s (21 per cent). Italy’s new Prime Minister, Mario Draghi, the former president of the European Central Bank, knows that the fragile economy, which contracted by 8.9 per cent last year and remained in negative territory in the first quarter, cannot withstand a second summer devoid of big-spending foreign visitors.

Mr. Draghi is gambling that Italy’s rising vaccination rate and remaining restrictions, such as the 10 p.m. curfew, obligatory mask use outdoors and yellow-orange-red regional infection-alert system, will keep the country safe for tourists this summer.

The last Italian summer ended in disaster, when sloppy physical distancing triggered a deadly second wave that pushed the country back into lockdown. One of the main sources of the new infections was the island of Sardinia, whose Costa Smeralda nightclubs and bars were stuffed with partygoers.

Last week, Mr. Draghi said that Italy was ready to “welcome back the world” and promised that a new “green pass” certificate would make travel a breeze for those who have been fully vaccinated or have antibodies from an infection in the previous six months.

After a slow start, Italy is pushing its vaccination campaign hard in a race to outpace the highly contagious new variants before summer arrives. According to the Bloomberg vaccine tracker, the country is administering about 500,000 doses a day. More than 29 per cent of the population has received the first dose and 13 per cent the second dose – both in line with the European Union average, though still well short of Britain’s.

For would-be foreign visitors, the discouraging factor is the lack of clarity on when exactly tourism will be open to them, and which countries will be given the early right to bypass the existing, five-day quarantine requirement.

Last week, Tourism Minister Massimo Garavaglia said the green pass would be “valid for everyone, also, and above all, tourists from outside the EU,” notably Britain, United States and Israel, where the vaccination rates are high. What was not made clear was whether the quarantine requirement would be lifted for green pass holders this month or sometime in June.

Speaking in parliament earlier this week, Mr. Draghi reiterated his plan to reopen Italy to domestic and foreign tourists “as soon as possible.” He added that, “With regard to the G7 countries, in particular USA, Japan and Canada, entry without quarantine in the event of a vaccination certificate will be favoured.”

Britain to reopen travel to limited number of destinations beginning May 17
Subscriber content
May 11, 2021 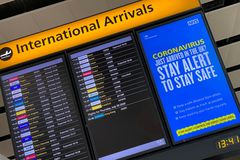 Footsteps of the gladiators: $18-million refit of Colosseum in Rome to include new arena floor
Subscriber content
May 2, 2021