Italy called on Monday for migrant centres to be set up in Africa to stop a tide of asylum-seekers fleeing toward western Europe, as Rome raised pressure on its European Union partners to take a much tougher approach to immigration.

The new Italian government has closed its ports to charity ships operating in the Mediterranean, saying the EU must share the burden of disembarking the hundreds of migrants who are plucked from waters each month, mostly off the Libyan coast.

Italy, which lies close to Libya, has taken in 650,000 boat migrants since 2014. Its tough new approach has aggravated EU tensions over immigration policy and created concerns among investors.

“Reception and identification centres should be set up...,” Italy’s anti-immigration interior minister, Matteo Salvini, said on a visit to Libya, the departure point for most migrants trying to reach Europe by sea.

However, the Tripoli-based government, which does not control the whole of Libya, is unwilling to host reception centres itself. Maiteeg said that while his government was ready to tackle migration, “we completely reject any migrant camps in Libya”.

After returning to Italy, Salvini said such centres should be set up south of Libya, in Niger, Mali, Chad and Sudan.

Earlier, he said the EU should fund efforts in Africa to stop uncontrolled migration to Europe.

As EU leaders prepare to discuss immigration policy in Brussels on Thursday and Friday, Italy’s refusal to accept charity-run rescue ships has stranded hundreds of Africans at sea, their rescuers waiting for an EU country to accept them.

Rescue ship Lifeline, with more than 230 migrants aboard, is stuck in international waters in the Mediterranean. And a private cargo ship, the Alexander Maersk, has been waiting to be assigned a port since it picked up 113 migrants off southern Italy on Friday, the ship owner said.

Earlier this month, a vessel carrying more than 600 migrants on board was stranded before it was accepted by Spain.

Italy’s anti-immigration stance, criticised by human rights groups who say its risks lives at sea, has sharpened divisions in the EU, which took in more than a million refugees and migrants in 2015 alone.

It has irritated France, with European Affairs Minister Nathalie Loiseau telling Rome that international law obliged it to let the Lifeline dock. Salvini responded by calling the minister “ignorant”.

The tensions have also reached Germany, where Chancellor Angela Merkel faces a revolt by her Bavarian conservative allies, the Christian Social Union (CSU), who want to take a tougher line on immigration from Africa.

The risk that Merkel’s allies could desert her on migration has unnerved investors, who sold off Italian bonds on Monday and bought safe-haven German Bunds, which tend to perform strongly in times of trouble in the euro zone.

CSU General Secretary Norbert Blume told Frankfurter Allgemeine newspaper that it was time to act but added: “None of us wants to call into question the conservative alliance or the government.”

However, Andrea Nahles, leader of the Social Democrats, junior partner in the German coalition, said she doubted Merkel’s Christian Democrats and the CSU could still govern together.

The coalition is due to meet on Tuesday to discuss the immigration dispute.

In Italy, Salvini’s actions and rhetoric have been popular with voters, with his right-wing League party gaining ground in municipal elections on Sunday.

Salvini’s opponents accuse him of playing on fear, noting that crossings have fallen sharply since last July, after the previous Italian government targeted people-smuggling networks and Libya’s EU-trained coastguard stepped up interceptions.

Around 11,000 migrants have arrived in Italy from Libya so far this year, down more than 80 percent from the same periods in 2016 and 2017, Italian interior ministry data shows.

For a graphic on migrant sea crossings http://tmsnrt.rs/2r3fFjQ

Interceptions of migrant boats by Libya’s coastguard have surged over the past week, with almost 1,000 African asylum-seekers picked up in one day on Sunday.

The interceptions have been criticised by human rights activists because of the dire conditions facing migrants in widely lawless Libya, where they often face physical abuse including torture and rape.

Salvini said Italy would give 20 patrol boats to the Libyan coastguard. “We’ll do all we can to make sure it’s the Libyan authorities that patrol Libyan waters,” he said, accusing some private rescue organisations of helping human traffickers.

He also played down reports of inhuman conditions in Libyan detention centres. He did not rule out abuses at informal camps, but said the U.N. refugee agency had assured him that rules were respected at the official centres. 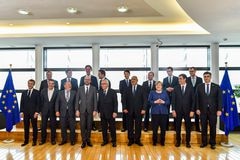 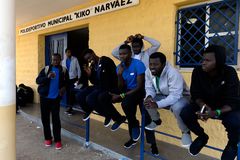 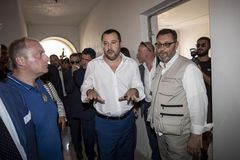