As Brexiteers dream of recreating the glory days of the British Empire, when His and Her Majesty’s ships filled the seaborne trading routes, Italy dreams of invoking the spirit of Marco Polo, the 13th-century explorer and writer who travelled the Silk Road, China’s gateway to Europe that brought Chinese goods to his home port of Venice and beyond.

Italian Prime Minister Giuseppe Conte is to sign a memorandum of understanding with Chinese President Xi Jinping when Mr. Xi visits Italy for a three-day visit starting March 22. The agreement will make Italy the most prominent member, and the first Group of Seven country, to join China’s Belt and Road Initiative (BRI), the massive infrastructure, investment and trading scheme that seeks to bring the Silk Road into the 21st century. 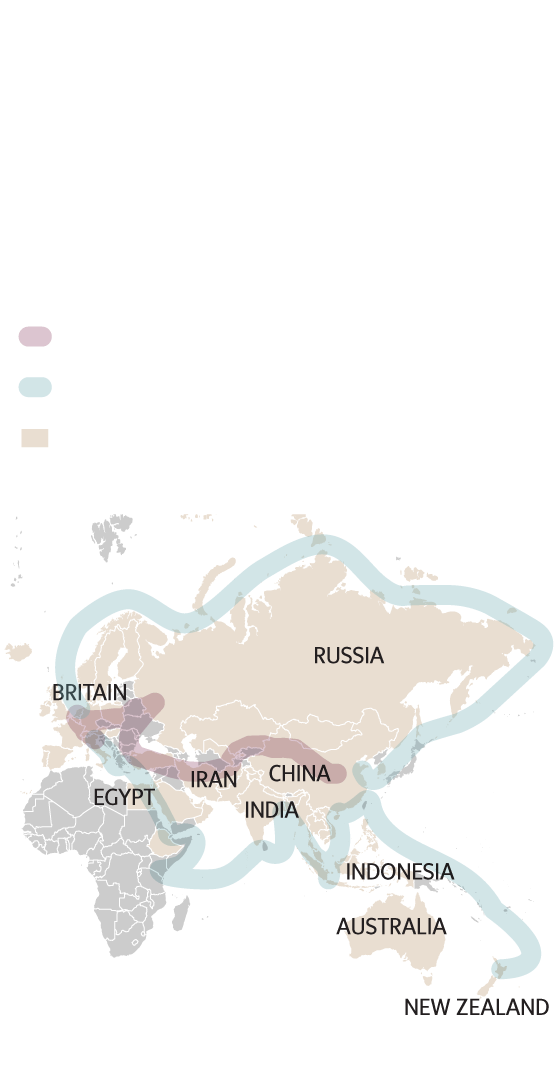 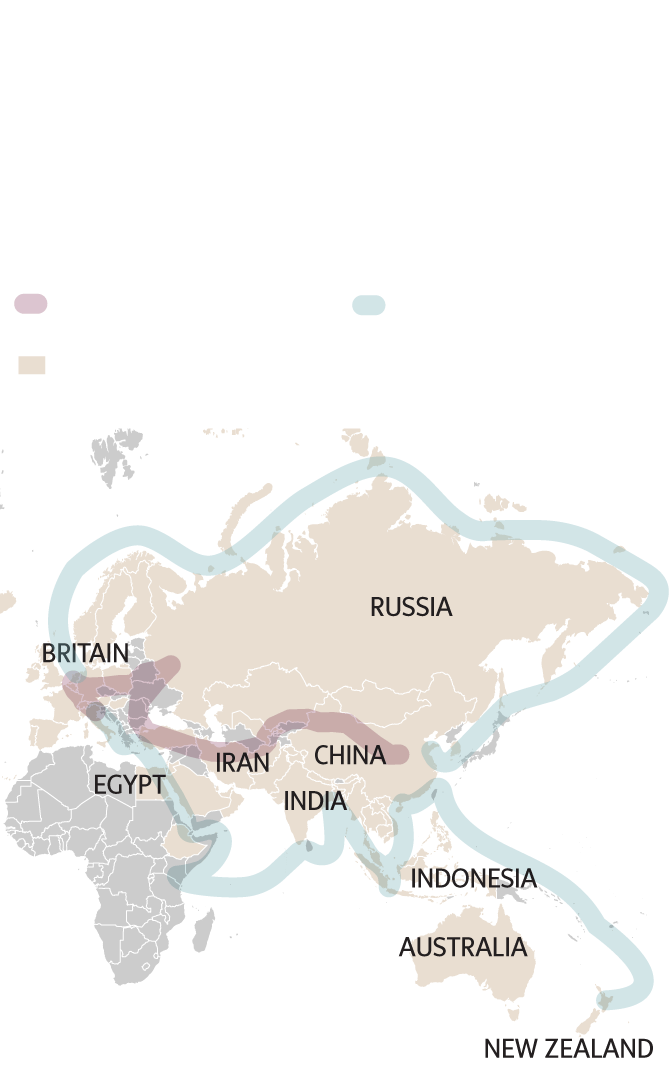 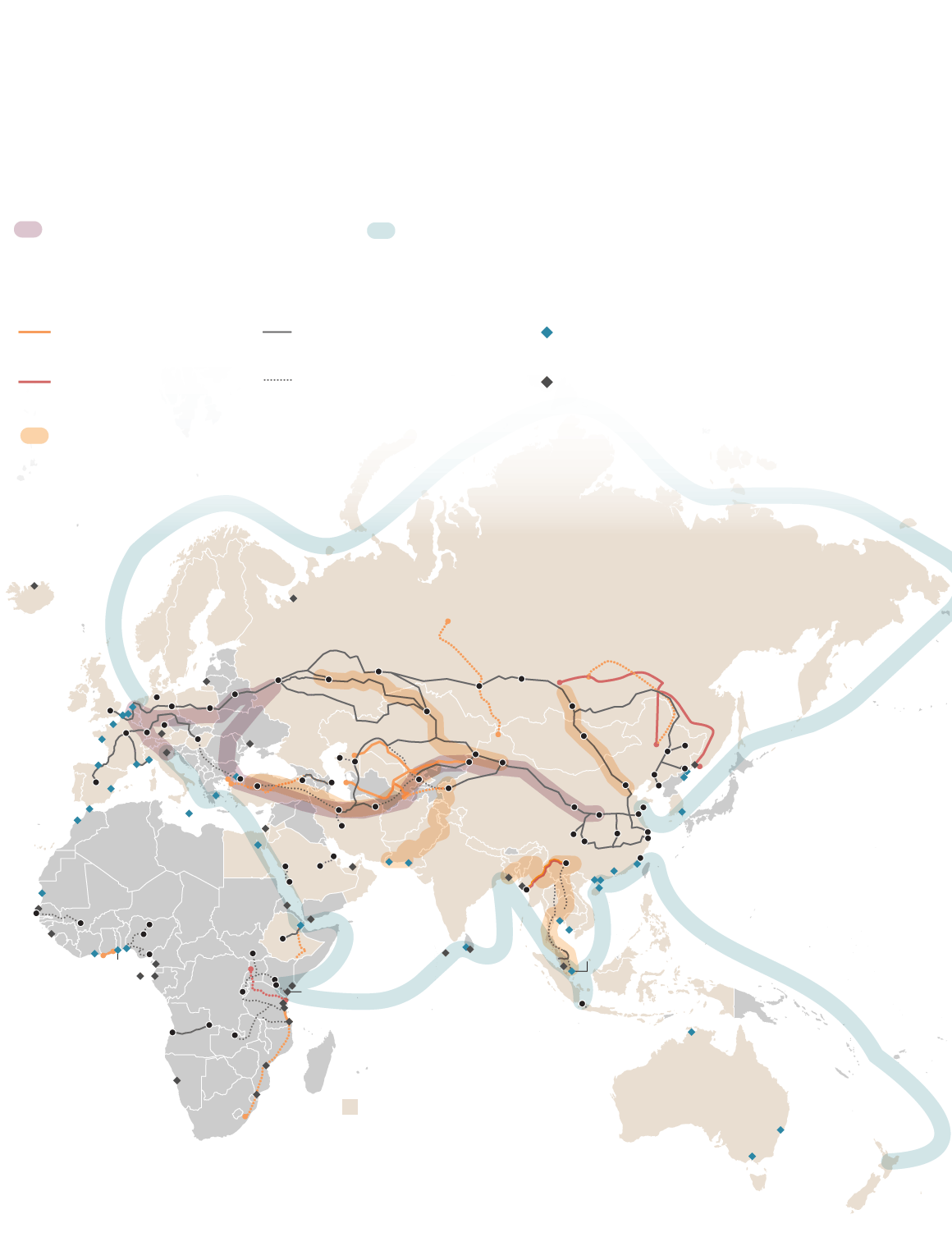 Planned or under construction

Italian membership in the BRI club is being touted as a potential investment godsend for Italy, which is mired in its third recession since the 2008 financial crisis, and a platform to deliver more Italian goods, from industrial robots and furniture to designer fashion and Alfa Romeos, to China. It also might encourage the Chinese treasury to buy Italian sovereign bonds.

But the scheme appears ill-planned, even naive, to the point that it could backfire. Already, American and European security and trade officials are warning that taking the BRI into the heart of Europe is a step too far, that Italy’s apparent tilt to China could come at the expense of its long and deep political, security and investment relationship with the United States and other G7 countries and the European Union.

“The danger is not Italy’s agreement with China itself,” Francesco Sisci, an Italian sinologist, author and commentator who lives in Beijing, said in an interview. “It’s that this new Italian government doesn’t know the alphabet of politics. It didn’t manage its allies before it jumped into this.”

Even the Italian government is divided on Italy’s BRI membership. Matteo Salvini, deputy Prime Minister and powerful head of the populist League party, which rules Italy in coalition with the anti-establishment Five Star Movement (M5S), has expressed his reservations about cozying up to China, although he’s shown no sign that he will kibosh the deal. “We don’t have any prejudices, but we are very cautious,” he told Italy’s Ansa news agency this week. “We wouldn’t like to become a [Chinese] colony.”

Joining the BRI is hardly shocking news in much of the world. About 100 countries have already signed up to China’s self-styled globalization plan, including several European countries, notably Greece, whose main port, in Piraeus, is owned by Cosco – China Ocean Shipping (Group) Company. But most of them are in Asia, are fairly small economies and generally not democracies.

Italy’s membership breaks the pattern, not just because it is one of the biggest economies in the world – it is the EU’s No. 3 economy – but because it is a founding member of the EU and a crucial member of NATO. The United States has air bases in Italy and Italy is home to the U.S. Sixth Fleet, its Mediterranean armada. Italy, its Western allies and NATO share intelligence on terrorism, trafficking, migration and contraband and Italian Second World War cemeteries are filled with tens of thousands of American, British and Canadian graves.

Italy’s largely untested government evidently sees more pros than cons in joining forces with China, which, along with India, is the world’s fastest growing large economy. Italy is starved for investment and the southern half of the country, known as the Mezzogiorno, is an industrial wasteland suffering from 50-per-cent youth unemployment. As far as M5S is concerned, any investment is better than no investment and China seems keen to pour fortunes into the expansion of the ports of Palermo in Sicily, Genoa on the northwest coast, and Trieste – especially Trieste – near Venice, in the heart of the vanquished Austro-Hungarian empire. Along with ports come logistical jobs in rail and trucking, as well as light assembly and spinoff services.

In reality, joining the BRI will not reverse Italy’s economic fortunes any time soon, if ever, given the country’s dire financial and industrial state, and there was nothing stopping China from investing in Italy before Italians even heard of the BRI. Chinese companies, for instance, own Pirelli, one of the world’s top tire makers, and were eyeing the port of Trieste before Italy thought about inviting Mr. Xi to Rome for a signing ceremony.

But Italy could not have picked a worse time to jump on board Mr. Xi’s infrastructure bandwagon, notes Francesco Galietti, chief executive of the Rome political and economics consultancy Policy Sonar. “This is happening at a time of peak U.S.-China tension,” Mr. Galietti said. “Italy is breaking ranks with the West. The U.S. is furious by this symbolic break.”

The Donald Trump White House is engaged in a trade war with China that could turn explosive if more tariffs are erected. Mr. Trump is poised to ban Chinese telecoms equipment giant Huawei from supplying U.S. mobile networks and is urging its European allies to do the same. At the request of the U.S. Department of Justice, Canada has arrested Meng Wanzhou, Huawei’s finance boss.

The United States and the EU are worried that Italy could open the European door to China’s strategic and spying intentions, that its infrastructure projects could create “debt traps” that could make the Italian government or Italian companies utterly beholden to Beijing and that China Communications Construction Co., BRI’s infrastructure-building arm, is plagued by allegations of corruption. (CCCC was blacklisted for eight years in 2009 by the World Bank. Last year, Canada blocked CCCC on national security grounds from buying Aecon, a Toronto-listed construction company.)

The White House is especially upset by Italy’s formal embrace of BRI. In a March 9 tweet, the White House’s National Security Council said, “Endorsing the BRI lends legitimacy to China’s predatory approach to investment and will bring no benefits to the Italian people.”

The Italian government seems to have spent little time consulting its Western allies about joining the BRI or considering an alternative to it, such as FOIP – Free and Open Indo-Pacific – a blueprint for a coalition of regional democracies that would extend from Japan and India to the West. Italy’s coddling of China could trigger potentially nasty repercussions from the West. The question for the Italian government is whether those repercussions will more than offset any gains.