The number of COVID-19 fatalities in Italy jumped ahead of China’s, dashing hopes that the Italian coronavirus crisis was close to easing off after 10 days of a tight national quarantine.

The Civil Protection Ministry registered 3,405 COVID-19 deaths by Thursday evening, a rise of 427 deaths over 24 hours, though 48 fewer than Wednesday’s tally of 475. On Thursday, China registered 3,245 deaths, up only eight – another sign that the crisis there is well past its peak.

The number of Italian coronavirus cases, meanwhile, rose by an alarming 5,322, taking the total to 41,035, or almost half the total of Chinese cases. The Italian numbers are all the more dramatic when the relative sizes of the countries are taken into consideration – Italy has less than 5 per cent of the population of China.

Italian Prime Minister Giuseppe Conte said Thursday that the quarantine measures would have to be prolonged, given the leap in numbers; they were to expire on April 3. “The total blockade will go on,” he told Il Corriere della Sera newspaper. “The measures taken, both the closure of [public] activities and the ones concerning schools, can only be extended.”

The death total was so high in the northern province of Bergamo, the epicentre of the Italian – and European – coronavirus crisis that hospitals were using army trucks to transport coffins to burial sites or crematoriums. At last count, Bergamo had registered 4,465 positive cases, more than Switzerland, Britain or Netherlands.

The coronavirus news has not been relentlessly bad in Italy. Some are taking heart from the northeast Italian town of Vo Euganeo.

Vo, as it’s known, achieved international prominence on Feb. 21 when the death of one of its residents, a 78-year-old man named Adriano Trevisan, became the first known Italian – and European – to die of COVID-19.

In recent days, Vo, whose population is 3,300, has recorded no new infections even though other towns and and cities in the northern part of Italy are overwhelmed by rising caseloads.

Vo accomplished the miracle through a highly aggressive mass testing and quarantine experiment that included asymptomatic residents. The program was overseen by Andrea Crisanti, an infectious diseases professor at London’s Imperial College who was working with the University of Padova, whose campus is close to Vo.

Prof. Crisanti was not available for comment, but his peers in the Italian medical community have paid close attention to the Vo experiment. Sergio Romagnani, professor of clinical immunology at the University of Florence, reviewed the Vo data and sent a recommendation to the Tuscan regional government.

“The vast majority of people infected with COVID-19, between 50 and 75 per cent are completely asymptomatic but represent a formidable source of contagion,” he wrote. “The isolation of asymptomatics is essential to be able to control the spread of the virus and the severity of the disease.”

Vo’s COVID-19 testing campaign was similar to the one used in South Korea, whose extensive tests allowed the country to isolate and quarantine clusters quickly. South Korea, with a population of 51 million, about 10 million fewer than Italy’s, has reported only 91 coronavirus deaths – just 3.3 per cent of the Italian tally.

All of the residents of Vo were tested twice – once before the town went into quarantine with 10 other northern towns in late February, and once after. The tests gave Prof. Crisanti and his team a complete epidemiological picture of the town.

The first mass testing round found about 90 COVID-19 positive cases, about half of whom were asymptomatic. The infected residents, representing about 3 per cent of the town’s populations, were placed in strict isolation. Ten days later, another round of testing began and the infection rate dropped to 0.3 per cent.

In recent days, no new cases in Vo have been detected. The town’s success story, and the waning number of new cases in China, the original source of the pandemic, has triggered calls from doctors and epidemiologists to boost the testing rate and tighten up the Italian quarantine.

Luca Zaia, governor of the Veneto region, which includes Vo, was enthusiastic about the town’s zero new infections. The Italian news agency Ansa reported that, early this week, he called Vo “the healthiest place in Italy,” adding that “this is proof that the testing system works.” 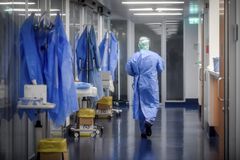 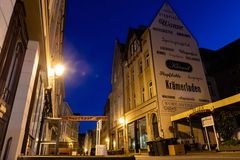 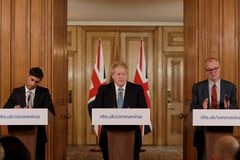