Italy’s vaccine bookings have soared since last week, when the Italian government broke ranks with the rest of Europe by insisting that all employees show a COVID-19 health pass or face suspension from work.

Over the weekend, the Italian government’s vaccine czar, Francesco Paolo Figliuolo, said that reservations on Saturday for the first dose of the vaccine were up 35 per cent over a week earlier. “On a national level, there was a generalized increase in bookings for the first dose of between 20 per cent and 40 per cent,” he said.

The vaccine rush is coming a few days after the government made it mandatory, effective Oct. 15, for the country’s entire work force – public and private – to show proof of vaccination, recent recovery from infection, or a recent negative test.

If employees do not produce the so-called Green Pass, they can be suspended from work without pay and be liable for a fine of up to €1,500 ($2,250), though they can’t be fired. Employers who do not check whether workers have Green Passes face fines as high as €1,000. The requirement affects Italy’s 23 million workers.

The Vatican announced on Monday that the Green Pass will be required for all visitors.

The Green Pass, in effect, is a national vaccine mandate designed to make life for the unvaccinated intolerable. To get around the vaccine requirement, employees who have never been infected would need a COVID-19 test every 48 hours. Such tests are no longer free in Italy. The rapid tests done by pharmacies cost €15 or more. The more accurate PCR tests are at least double that price.

Until now, vaccines were only mandatory for medical workers, and the Green Pass rule was in place only for teachers and other school employees.

The Italian government is gambling there will be no vaccine backlash, or only a minor one. While there is ample vaccine hesitancy in Italy – the far-right populist parties call mandatory vaccines an attack on liberty – it is not as high as in France and a few other European Union countries. Italians are used to vaccines. Those for measles, hepatitis B, polio and tetanus, among other diseases, are compulsory.

For the most part, Italians have embraced the COVID-19 vaccines; after a slow start earlier this year, the country has one of the highest vaccination rates in the world, matching Canada’s. About 74 per cent of the over-12s are fully vaccinated, though the rate in some regions, such as Sicily, is relatively low. About 3.5 million Italians over age 50 have yet to be vaccinated.

Italy’s goal is to reach 80 per cent by the end of September and keep going. “I don’t know if we can speak of herd immunity, but we need 90 per cent vaccinated to keep the virus under control,” Mr. Figliuolo said.

Italy’s Green Pass system is the most all-encompassing in Europe and marks one of the world’s toughest approaches to dealing with a pandemic that has been particularly devastating for Italians. “Nothing like this has been done in Europe,” Public Administration Minister Renato Brunetta said. “We are putting ourselves in the forefront internationally.”

According to the Civil Protection department, 130,310 Italians have died of COVID-19 since the first lockdowns in February, 2020. That’s the second-highest in Europe, after the U.K. Some 4.6 million Italians have been infected.

While new cases are well off their spring peaks, they began climbing again in July as the highly infectious Delta variant took over. On Sunday, Italy reported 3,838 new cases. Health officials fear that the school reopenings this month will push up the infection rate and fill the intensive-care units.

This week, Italy starts its campaign to administer third doses to high-risk people, such as cancer victims and transplant recipients.

Italy’s move to make vaccines effectively mandatory for all employees is designed to avoid more restrictions, and possibly lockdowns, and build on the economic gains of the past year. The pandemic pushed the G7 country into deep recession in 2020. This year, Italy’s economy is expected to expand by 5.9 per cent but will not reach prepandemic output until the first half of 2022, according to the Organization for Economic Co-operation and Development. 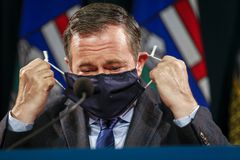 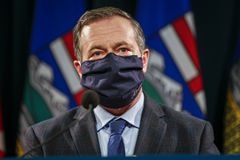 Trudeau points to ‘wrong’ choices by Alberta, Saskatchewan during the pandemic, warns against Conservatives leading the country
September 19, 2021 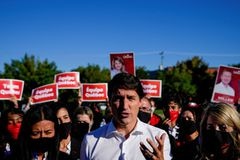