Prince Harry and his wife, Meghan, the Duchess of Sussex, have spoken of their struggle in coping with the spotlight and offered an unusually intimate look inside the British royal family in a series of interviews for a new documentary.

In the interviews, Harry addressed questions about a rift with his brother and spoke about how the death of their mother made him protective of his wife and son, while Meghan acknowledged her difficulty in dealing with the intense scrutiny.

“It’s hard,” Meghan said in one interview with the British broadcaster ITV for the documentary, which was filmed during the couple’s recent tour of Africa. “I don’t think anybody can understand.”

The candid interviews come just weeks after the couple started to hit back against the British tabloid media, filing a series of lawsuits against journalists’ invasive tactics. On Oct. 1, Harry issued a rare statement in which he denounced “relentless propaganda” and described a “ruthless campaign” against Meghan by certain news outlets.

The pair, who married last May and whose first son, Archie, was born this year, have found themselves under constant scrutiny from a relentless British tabloid media. Meghan in particular — a mixed race, divorced American actor — has often been the focus.

But in recent weeks, the couple seem to have decided to combat that narrative, and the documentary is the latest in their effort to push back.

“I never thought that this would be easy, but I thought it would be fair, and that’s the part that’s really hard to reconcile,” Meghan said. She described being warned by British friends that “the British tabloids will destroy your life” when she first met Harry, but she said she had not expected the true extent of the pressure.

Harry also addressed the relationship with his brother, Prince William. For months, the British tabloids have splashed tales of a deep divide between the two — and their wives — across the front pages.

Harry, in an especially frank moment, seemed to acknowledge that there were occasional disagreements, but he maintained that their relationship had a strong foundation that would outlast any temporary tensions.

“We don’t see each other as much as we used to because we’re so busy, but I love him dearly,” he added.

The documentary about the Duke and Duchess aired Sunday night in Britain and further revealed the couple’s willingness to share their emotions in a bid for a greater understanding of the pressures of their position. They are especially known to desire more respect for their privacy, particularly after the birth of Archie.

Meghan recently filed a lawsuit against The Mail on Sunday, and while an accompanying statement explaining the action did not identify which article had prompted the move, the tabloid published a story in February that included a letter that Meghan had sent to her estranged father, Thomas Markle.

Harry also began separate legal proceedings this month against the owners of two other tabloids, The Sun and The Daily Mirror, accusing them of hacking his phone’s voicemail messages going back as far as the early 2000s.

During another interview for the documentary, Harry explained how the death of his mother, Diana, Princess of Wales, shaped the way he felt about the news media and made him determined to make things easier on his wife and son. Diana was followed by paparazzi relentlessly for years and was killed in a car crash in Paris in 1997 as her driver sped from photographers.

“For me, and for my wife, of course, there is a lot of stuff that hurts, of course when a majority of it is untrue,” Harry said. “I will not be bullied into playing a game that killed my mum.”

Reaction to the interviews was swift, particularly from the tabloids that the couple denounced in the documentary. News outlets, including those that the royals have taken to court, reported on the interviews, analyzing the body language of the pair and splashing photographs and videos across their webpages Monday morning. The Daily Mail said readers had expressed an “overwhelmingly negative response.”

But comments on social media suggested a good deal of sympathy. Many seemed to empathize with the couple and were especially touched by Meghan’s description of a need to “not just survive” but to thrive and feel happy after initial attempts to try to “adopt this British sensibility of a stiff upper lip.”

The duchess explained that, “I’ve tried, I’ve really tried, but I think that what that does internally is probably really damaging.”

“She had NO IDEA what she would face and the criticism she would endure,” Kenny wrote. “That’s not acting, that’s absolute transparency! Bless her, bless Harry!!”

One of the most poignant moments in the documentary came when Meghan was asked how she was dealing with the new-found scrutiny. She detailed feeling “vulnerable” during her pregnancy and in the months since giving birth.

“Thank you for asking because not many people have asked if I’m OK,” she said, her voice thick with emotion. “But it’s a very real thing to be going through behind the scenes.”

The reporter, Tom Bradby, continued: “And the answer is, would it be fair to say, not really OK? That it’s really been a struggle?”

Prince Harry to sue publishers of The Sun and Daily Mirror over phone-hacking allegation
October 4, 2019 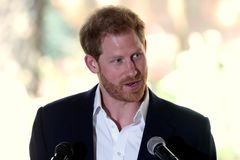 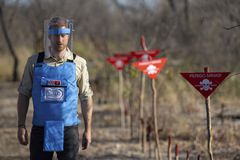 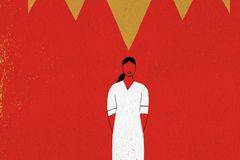 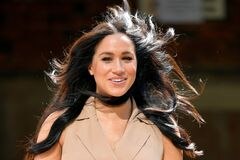