The Taliban promised Washington during months of negotiations that the United States would never again be attacked from Afghan soil. Such a pledge would have included al-Qaida, which planned the 9-11 attacks from inside Afghanistan.

Yet jihad, or holy war, and a shared history continue to bind the two militant groups, and there’s no evidence of a break in relations between the long-time allies. U.S. Secretary of State Mike Pompeo had said the Taliban agreed to cut ties with al-Qaida as part of peace negotiations, which President Donald Trump abruptly called off last week.

The al-Qaida leadership still vows allegiance to Taliban chief Maulvi Hibatullah Akhunzada, and al-Qaida has been growing stronger in recent years, according to analysts and experts. The group has overcome setbacks from the establishment of a rival Islamic State affiliate in eastern Afghanistan and from U.S. drone strikes that had reduced its numbers.

The militants even established a subsidiary in the region called al-Qaida in the Indian Subcontinent, with ties to jihadi groups as far away as Myanmar.

“Since 2017, the group has recovered meaningfully,” said Asfandyar Mir, a fellow at the Center for International Security and Cooperation at Stanford University.

“There is no discernible evidence of a break or disjuncture between al-Qaida and the Taliban,” Mir said in an interview with The Associated Press. “Instead, at least parts of the Afghan Taliban, such as the Haqqani Network, and al-Qaida continue to actively collaborate.”

In the 1980s, the U.S. was among those who encouraged hundreds of Arab fighters to travel to Afghanistan to fight alongside the Afghan mujahedeen, or holy warriors, against the former Soviet Union’s forces there, financed in large part by Saudi Arabia. Today, many of these mujahedeen make up the Taliban leadership, while others are in power in the U.S.-backed Afghan government. As the war was coming to a close in 1988, many of the Arab fighters united to follow the wealthy Saudi leader Osama bin Laden to create the jihadi group al-Qaida, which later sought to confront the U.S.

Over the years, al-Qaida has had many friends in Afghanistan, some of whom are now in high places, such as Abdul Rasool Sayyaf, a powerbroker in Kabul.

These links were detailed by a retired CIA operative who worked closely with the U.S.-backed mujahedeen. The operative, who spoke on condition of anonymity because of his involvement in covert operations, said Sayyaf was the closest al-Qaida ally in Afghanistan.

Sayyaf even arranged Afghan citizenship for more than 800 Arab al-Qaida fighters after the mujahedeen took power in 1992. However, the mujahedeen soon turned their guns on each other, sending the country into civil war that killed thousands. The corruption and killing gave rise to the Taliban movement led by mujahedeen, many of whom were village clerics, who used a repressive brand of Islam to establish their control. They took power in 1996 until their ouster in 2001.

The Taliban, despite 18 years of fighting the U.S. and its allies, now control or hold sway over half of Afghanistan and are at their strongest since the U.S. invasion.

U.S. government reports suggest the number of al-Qaida militants has also grown in recent years, while allied groups such as the Pakistani Taliban, who found refuge in Afghanistan after an onslaught by the Pakistan military, are also gaining in strength.

“The largest concentrations of active foreign terrorist fighters” are in Syria and Afghanistan and most are aligned with al-Qaida, according to a United Nations report in July.

Some among the Taliban have sought to distance themselves from al-Qaida, but they have come up short explaining al-Qaida’s allegiance to their leader, its relationship to the Taliban’s Haqqani network and the ties of key leaders to al-Qaida.

Mir, the Stanford fellow, also said key Taliban shadow governors have had long-standing ties to al-Qaida. The Taliban appoint governors who act as political heads in provinces they control.

Exactly how the Taliban would enforce their guarantee that Afghanistan would not be used to harbour terrorists with a global agenda was never made public, and U.S. peace envoy Zalmay Khalilzad refused to give details.

After the collapse of the Taliban deal earlier this month it’s not clear if the Taliban gave Washington any information on where al-Qaida leaders, including bin Laden’s successor, Ayman al-Zawahri, are hiding.

Some say it’s not a mystery.

“Pakistan and most certainly the Taliban leaders know very well where they are,” said retired Pakistani army Gen. Talat Masood. Although this allegation implicates his former employer, Masood has been retired for some time and has been consistently critical of what he calls “the extraordinarily warped philosophy of the Pakistan army” to support militants as a counter to Indian influence in the area.

After years as a fugitive, bin Laden, the architect of the 9-11 attacks, was tracked to Pakistan’s garrison town of Abbottabad, barely 100 kilometres (60 miles) from the capital, Islamabad, and was killed by U.S. Navy SEALS in 2011.

On this month’s anniversary of the Sept. 11 attacks, bin Laden’s successor al-Zawahri released a video message appearing relaxed, though aging. The video was produced by the group’s as-Sahab Media Foundation, which would seem to be operating unencumbered.

“His message serves to remind us that 18 years after 9-11, al-Qaida’s senior leadership remains alive and well,” said Bill Roggio, editor of the Long War Journal, published by Foundation for Defence of Democracies, which tracks terrorist groups.

Roggio said in an interview that a-Zawahiri and his media arm, as-Sahab, “remain in operation and likely are based in Pakistan or Afghanistan.”

An al-Qaida video released in May, when the Taliban were negotiating anti-terrorism guarantees with the U.S., claimed an attack on an Afghan army convoy in eastern Paktika province and sought “to emphasize its alliance with the Taliban,” according to the Long War Journal.

Additionally, Mir said al-Qaida’s media arm regularly pumps out propaganda, mostly directed at Afghan and Pakistani audiences. On occasion, it promotes allied groups such as the al-Qaida-linked Ansar Ghazwa-tul Hind, operating in the Indian-administered part of Kashmir. The disputed Himalayan region has been the flashpoint of two previous wars between nuclear-armed neighbours Pakistan and India.

“While al-Qaida’s ability to conduct a 9-11-style attack has been diminished, this does not make it any less a threat,” Roggio said. “Al-Qaida possesses an extensive network across the globe — one far greater than that which existed prior to 9-11, with its branches fielding small armies to wage its local insurgencies.” 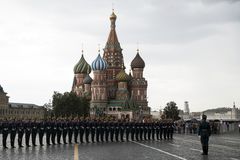 Trump officials to Congress: Iran has ties to al-Qaida
June 19, 2019 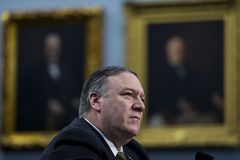