Jim Bouton, a pitcher of modest achievement but a celebrated iconoclast who left a lasting mark on baseball as the author of Ball Four, a raunchy, shrewd, irreverent – and bestselling – player’s diary that tainted the game’s wholesome image, died Wednesday at his home in the Berkshires in Massachusetts. He was 80.

He died after a long struggle with vascular dementia, said his wife, Paula Kurman. Mr. Bouton had a stroke in 2012 and in 2017 revealed he had a brain disease called cerebral amyloid angiopathy.

When it was published in 1970, Ball Four, which reported on the selfishness, dopiness, childishness and mean-spiritedness of young men often lionized for playing a boy’s game very well, was viewed by many readers, approvingly or not, as a scandalous betrayal of the so-called sanctity of the clubhouse.

But the book, which was Mr. Bouton’s account of the 1969 baseball season, seven years after his big-league debut with the New York Yankees, had a larger narrative – namely his attempt, at the age of 30, to salvage a once-promising career by developing the game’s most peculiar and least predictable pitch: the knuckleball.

The pitch, which is optimally delivered with no spin, requires finesse, fingertip strength and a good deal of luck; without spin, the ball is subject to the air currents on the way to the plate, causing it to move erratically, making it difficult for the hitter (not to mention the catcher and umpire) to track, and just as difficult for the pitcher to control.

In the book, the pitch becomes an apt metaphor for Mr. Bouton’s view of himself as an eccentric fellow in a baseball society of conservative go-alongs, stubbornly following his own path and yet dependent on the whimsy of outside forces.

In the 1969 season, Mr. Bouton played for an American League expansion team, the Seattle Pilots (now the Milwaukee Brewers), who demoted him for a time to the minor-league affiliate in Vancouver and eventually traded him to the Houston Astros, then in the National League. The book, originally published with the subtitle My Life and Hard Times Throwing the Knuckleball in the Major Leagues, was, in many ways, a chronicle of the insecurities of an athlete, a one-time star, approaching the end of the line.

Some astute reviewers recognized the ardour and the poignant tension in Mr. Bouton’s tale; in The New Yorker, for instance, Roger Angell described Ball Four as “a rare view of a highly complex public profession seen from the innermost inside, along with an even more rewarding inside view of an ironic and courageous mind. And, very likely, the funniest book of the year.”

But for most readers, Mr. Bouton’s personal predicament was overwhelmed by what he revealed about life in the major leagues.

In Mr. Bouton’s telling, players routinely cheated on their wives on road trips, devised intricate plans to peek under women’s skirts or spy on them through hotel windows, spoke in casual vulgarities, drank to excess and swallowed amphetamines as if they were M&Ms.

Mickey Mantle played hung over and was cruel to children seeking his autograph, Mr. Bouton wrote. Carl Yastrzemski was a loafer. Whitey Ford illicitly scuffed or muddied the baseball, and his catcher, Elston Howard, helped him do it. Most coaches were knotheads who dispensed the obvious as wisdom when they weren’t contradicting themselves, and general managers were astonishingly penurious and dishonest in dealing with players over their contracts.

At the time, the reserve clause, a part of every contract that bound players nearly irrevocably to their teams, was still in effect; free agency, which multiplied the earning power of players by many orders of magnitude, was still in the future. Mr. Bouton signed a contract with Seattle for $22,000, and his account of the annual petty wrangling over three- and four-figure sums, discomforting at the time, seems incredible today when the major league’s minimum salary is $555,000 and players are earning an average of more than US$4-million a year.

Over all, Mr. Bouton portrayed the game – its players, coaches, executives and most of the writers who covered them – as a world of amusing, foible-ridden, puerile conformity. Not surprisingly, the baseball establishment frowned on Mr. Bouton, his collaborating editor, Leonard Shecter, and the book.

The commissioner at the time, Bowie Kuhn, called Mr. Bouton in for a reprimand; some players shunned him for spilling the beans to players’ wives about what they did on road trips. (Mr. Bouton himself was no exception; his first wife, Bobbie, wrote her own book after their divorce.)

A few players, including Mr. Howard, claimed Mr. Bouton was a liar. And many of an older sportswriting generation felt he had done irreparable damage to the game out of his own self-importance and desperation.

“I feel sorry for Jim Bouton,” Dick Young wrote in the Daily News. “He is a social leper. His collaborator on the book, Leonard Shecter, is a social leper. People like this, embittered people, sit down in their time of deepest rejection and write. They write, oh hell, everybody stinks, everybody but me, and it makes them feel much better.”

In a follow-up book, I’m Glad You Didn’t Take It Personally, which was largely about the reaction to Ball Four, Mr. Bouton thanked Mr. Young and Mr. Kuhn for stirring the controversy that made the book a success.

James Alan Bouton was born in Newark, N.J., on March 8, 1939, to George Bouton, a business executive who was selling pressure cookers at the time, and the former Trudy Vischer. The family lived in the New Jersey suburbs of Rochelle Park and Ridgewood until Jim was in his teens and his father took a job in Chicago.

Jim played American Legion ball – he threw a knuckleball from time to time even then – and graduated from Bloom High School in Chicago Heights, Ill. He spent a year at Western Michigan University before he was signed by the Yankees in December, 1958. He made it to the big leagues in 1962.

In addition to his wife, Mr. Bouton, who lived in western Massachusetts, leaves two sons, Michael and David (who was adopted from Korea as a boy and was called Kyong Jo at the start of Ball Four); two stepchildren; and six grandchildren: Alexandria Bouton, Jack Bouton, Georgia Kurman, Annabel Kurman, Skyler van der Hoeven and Aspen van der Hoeven. A daughter, Laurie, was killed in a car crash in 1997.

Former Red Sox Bill Buckner dies at 69 after battle with dementia
May 27, 2019 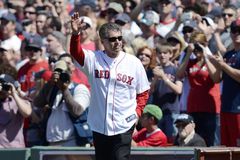 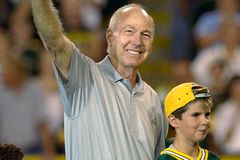 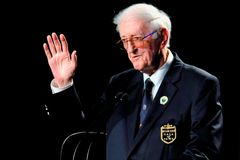