The judge in Harvey Weinstein’s rape trial declined the defence’s request that he step aside as jury selection dipped into a third day Thursday.

Judge James Burke announced his decision Thursday, a day after Mr. Weinstein’s lawyers sent him a letter asking that he remove himself from the case. They objected to comments Justice Burke made when he asked Mr. Weinstein if he was willing to got to jail “for life” if he kept ignoring a court order that bars texting in the courtroom.

The lawyers blasted the judge’s comments as “prejudicial and inflammatory,” and raised questions about his impartiality.

There was nothing improper about “scolding a recalcitrant defendant” over violating the cellphone ban, Justice Burke said Thursday, adding that he was merely trying to scare Mr. Weinstein. “I never meant that I was going to put your client in jail for life,” he told defence attorneys.

Judges seldom step aside from cases over such requests, but Mr. Weinstein’s lawyers could be also making a play to make an issue of Justice Burke’s comments and rulings for a possible appeal.

The defence had further argued that the judge failed to adequately safeguard Mr. Weinstein’s right to a fair and impartial jury, in part by rejecting a request to halt jury selection for a “cooling off” period after prosecutors in Los Angeles filed new sex crimes charges against him Monday.

“There is no time like the present,” Justice Burke said Thursday. “All sides are ready.”

Mr. Weinstein is charged in New York with raping a woman in a Manhattan hotel room in 2013 and sexually assaulting another woman, Mimi Haleyi, in 2006. If convicted, he could be sentenced to life in prison. The 67-year-old ex-studio boss has pleaded not guilty and maintains that any sexual activity was consensual.

So far, 66 prospective jurors have advanced to the next stage of jury selection in what is expected to be a lengthy selection process aimed at finding people who can keep an open mind about the disgraced movie mogul.

That challenge was demonstrated Thursday when Justice Burke detected a stir after breaking the news to a new batch of prospective jurors that they were there for the Weinstein case.

“I heard a gasp from my left over here,” the judge said. “So I have to tell you that having heard of Harvey Weinstein or even being familiar with the allegations made against him in the press or elsewhere are not by themselves disqualifying and does not mean that you’re not permitted to sit as a juror in this case. “ 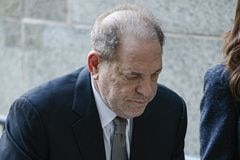 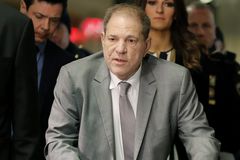 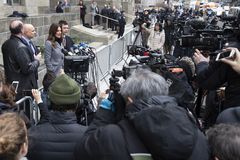