The legal battle over Julian Assange’s extradition to the United States is set to begin in a London courtroom on Friday, but one of his closest supporters doubts the WikiLeaks founder has any chance of success in court.

“I don’t believe that we are going to win this with legal arguments,” said the Icelandic journalist Kristinn Hrafnsson, a long-time friend of Mr. Assange who is also editor-in-chief of WikiLeaks. "That’s why I urge people to mobilize and actually to put pressure [on governments]. There is no chance that Julian will get a fair trial here [in Britain], or in the U.S. of course, unless there’s a change of reporting, that people actually start speaking out. We’re not talking about a prosecution, we’re talking about a persecution.”

Mr. Assange, 47, is wanted in the U.S. on charges relating to WikiLeaks’s publication of thousands of military files in 2010, including reports of atrocities by U.S. forces in Iraq and Afghanistan. In an 18-count indictment unveiled last month, the U.S. Justice Department alleged Mr. Assange violated the Espionage Act by “unlawfully obtaining and disclosing classified documents related to the national defence.”

Mr. Assange is serving a 50-week jail sentence in Britain for skipping bail in 2012 when he faced extradition to Sweden in a case involving allegations of sexual assault. He sought refuge in the Ecuadoran embassy in London and remained there until last April, when the embassy turned him over to British police. Mr. Assange insisted he wasn’t hiding from the Swedish case but feared Britain would hand him over to the United States. A Swedish court recently ruled that Mr. Assange should not be extradited for the sexual-assault case, but investigators still want to question him in London.

Mr. Assange is a divisive figure, and the case against him in the U.S. has sparked a heated debate about who is a journalist and what constitutes news gathering in the age of social media. The Espionage Act dates back to 1917 when the U.S. had just entered the First World War. It prohibits anyone from obtaining and publishing information relating to national defence, or inducing someone to hand over information. The law has been used rarely and never against a journalist.

U.S. Justice officials have insisted that Mr. Assange is not a journalist and that the case doesn’t impede freedom of the press. “Some say that Assange is a journalist and that he should be immune from prosecution for these actions,” John Demers, the Assistant Attorney-General for National Security, said when the indictment was filed last month. “Julian Assange is no journalist. … Indeed, no responsible actor – journalist or otherwise – would purposely publish the names of individuals he or she knew to be confidential human sources in war zones, exposing them to the gravest of dangers.”

During a media briefing Tuesday in London, Mr. Hrafnsson said the case against Mr. Assange strikes at the heart of what journalists do: obtain information, or encourage others to provide information, and then publish the contents. Indeed, many newspapers, including The Globe and Mail, have a “secure drop” service that allows people to share sensitive material. That kind of activity could be illegal in the U.S. if Mr. Assange were convicted.

“It can’t be overstated how important this case is for press freedom,” Mr. Hrafnsson said. He added that many governments have become emboldened by the Assange case to go after journalists; he cited recent police raids on the offices of reporters in Australia and San Francisco. “This is an attack on journalists and it’s all interlinked,” he said.

Christophe Marchand, a human-rights lawyer who is part of Mr. Assange’s legal team, said the WikiLeaks founder hasn’t been given a fair hearing in Britain, and he cited cabinet ministers, such as Foreign Secretary Jeremy Hunt, who has said Mr. Assange should be extradited.

Mr. Marchand also referred to a recent statement by a United Nations official who urged Britain not to extradite Mr. Assange because he won’t get a fair trial in the United States. Nils Melzer, the UN Special Rapporteur on torture, met Mr. Assange in prison last month and raised concerns about his inability to meet with lawyers or prepare a case. “My most urgent concern is that, in the United States, Mr. Assange would be exposed to a real risk of serious violations of his human rights,” Mr. Melzer said.

Mr. Assange’s extradition case is expected to last several months, and in the meantime his health has deteriorated. Mr. Hrafnsson said Mr. Assange had been transferred to the prison hospital and it’s unclear whether he will be able to attend Friday’s hearing. 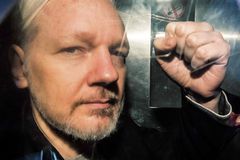 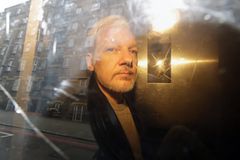 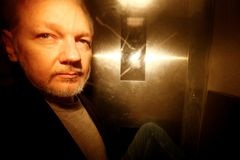