Juul Labs Inc, the U.S. market leader for electronic cigarettes, said on Tuesday it will pull popular flavours such as mango, cucumber and fruit from retail-store shelves in an effort to reduce surging teenage use of its products.

The move comes as Juul and other e-cigarette makers have faced heightened scrutiny from the U.S. Food and Drug Administration amid a sharp increase by high-school students in use of the devices, which look like a USB flash drive and vaporize a flavoured liquid containing nicotine.

In a statement on Tuesday, Juul chief executive Kevin Burns said the company wants to be “the off-ramp for adult smokers to switch from cigarettes, not an on-ramp for America’s youth to initiate on nicotine.”

Juul said it will stop selling flavours except for tobacco, mint and menthol in all retail outlets, including convenience stores and vape shops, until retailers can install technology that scans buyers’ IDs to independently verify they are aged 21 or older.

Until then, popular fruit flavours and other sweet flavours that appeal to younger users will only be available on Juul’s website. The company said it uses an age-verification system that requires buyers to enter their social security number, address and birth date, which is verified by a third-party service.

In addition, the company said it is shutting down its social-media channels on Instagram and Facebook, and working with social-media companies to remove “unauthorized, youth-oriented content on their platforms” relating to Juul.

FDA commissioner Scott Gottlieb said on Twitter that “voluntary action is no substitute for regulatory steps FDA will soon take,” but he acknowledged Juul’s actions and urged other e-cigarette makers to take steps to reduce use by minors.

“Juuling” has become synonymous with vaping in high schools across the country, where some teachers and administrators have started locking bathrooms, jokingly called “Juul rooms” by students.

The FDA in September threatened to ban Juul and four other leading e-cigarette products unless their makers took steps to prevent use by minors. The FDA gave Juul and four big tobacco companies 60 days to submit plans to curb underage use, a compliance period that has now ended.

The agency is expected to announce restrictions on flavoured e-cigarette products this week that mirror those suggested by Juul and other manufacturers. A senior agency official last week said the FDA plans to only allow sales of tobacco, mint and menthol flavours in convenience stores and gas stations. Other flavours could still be sold at vape shops.

Juul said that beginning in early 2017 it required models used in advertisements of its products be older than 35. Earlier this year, it began featuring only former cigarette smokers in its ads to highlight smoking cessation benefits.

Juul has grabbed significant U.S. market share over the past year, growing from 13.6 per cent of the market in early 2017 to nearly 75 per cent now, according to a Wells Fargo analysis of Nielsen retail data.

Marlboro maker Altria Group Inc, which sells e-cigarettes under the MarkTen brand, last month said it would stop selling its pod-based electronic cigarettes, generally smaller devices that use prefilled nicotine liquid cartridges, in response to FDA’s concerns. The company also said it would restrict flavours for its other e-cigarette products to tobacco, menthol and mint.

James Campbell, a spokesman for the Imperial Brands PLC unit that makes blu e-cigarettes, said the company told the FDA it plans to introduce a technology early next year that would lock devices in an effort to prevent underage use. The company also said it would review its flavours and packaging to minimize youth appeal, strengthen age verification for online sales and terminate contracts with retailers found to sell to minors.

Michael Shannon, a spokesman for R.J. Reynolds Vapor, a unit of British American Tobacco, said last week the company planned to tell the FDA it would penalize retailers that sell to youth and strengthen online sales restrictions to prevent underage or large bulk purchases of its products. 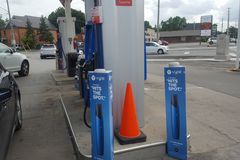 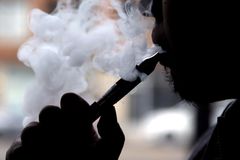