It’s being hailed as herstory in the making.

Kamala Harris is the first woman, the first Black person and the first person of Indian descent to be elected vice-president of the United States.

As the daughter of a Jamaican father and an Indian mother, Ms. Harris, with her rise to the second-most powerful post in the U.S. government’s executive, is emblematic of the American dream. Even her name – Kamala means lotus in Sanskrit – is a potent metaphor because the flower blooms by rising above the muck.

The symbolism is powerful, especially after an ugly election campaign riddled with racial tensions. There’s no doubt that Ms. Harris will be an inspiration to countless racialized women and girls in the United States and beyond.

But the personal has only begun to get political for Ms. Harris. The real test of U.S. democracy will be what happens to her after she is sworn into office on Jan. 20, 2021. Although president-elect Joe Biden is expected to give her a wide-ranging mandate, the larger question is whether the American establishment will actually let her do her job.

“While I may be the first woman in this office, I won’t be the last,” Ms. Harris said during her victory speech on Saturday night. “Because every little girl watching tonight sees that this is a country of possibilities.”

Her words stirred those of us who’ve had our dignity trampled on because of our race and gender. It was indeed a moment of celebration. But let’s not kid ourselves, it was also marked with despair. The fact remains that more Americans voted for President Donald Trump during this election than four years ago. Make no mistake, Trumpism, along with its ingrained racism and sexism, is alive and well in America.

Ms. Harris may be standing on the shoulders of generations of Black, Asian, Latina, Indigenous and white women, but her political foes are fixing to take her down. Instead of manning up and accepting defeat, Mr. Trump spent Sunday on Twitter peddling unproven claims of election fraud and painting Mr. Biden and Ms. Harris as “thieves.”

When a sitting president shows such contempt for democracy, how is America supposed to heal?

It was barely a month ago that Mr. Trump called the California senator a “monster” after the vice-presidential debate – an event during which Ms. Harris was repeatedly interrupted by Vice-President Mike Pence and later derided as “Black Hillary” on Twitter.

The Democratic Party, meanwhile, has its own healing to do. Some party faithful have criticized Ms. Harris’s seeming lack of remorse for attacking Mr. Biden, during the Democratic primaries in 2019, for his previous positions on racial segregation and school busing. Others have questioned whether she would be a loyal vice-president. More still have vilified her own record as California attorney-general, suggesting she’s simply too conservative.

Although Mr. Biden was strategic in picking Ms. Harris as his running mate, she remains a polarizing figure within the Democratic Party. It’s not at all clear if the party elite will let her be herself; and it is certainly not clear if the progressive wing of the party will embrace her.

More importantly, they may still balk at anointing her as Mr. Biden’s successor in four or eight years time. With that in mind, her political future largely depends on whether Mr. Biden sets her up for success.

John Nance Garner, who served as the first of three vice-presidents to president Franklin Roosevelt, once said the vice-presidency is not worth a bucket of warm spit.

Although vice-presidents have become more influential over the past four decades (then-vice-president Walter Mondale is credited for breaking the mould in the late 1970s), the parameters of the job and its ensuing powers are ultimately determined by the president.

For his part, Mr. Biden is expected to empower Ms. Harris by giving her key responsibilities – just as Barack Obama did for him when he was in office. Still, her historic election as vice-president is only significant to the extent that America’s ruling class respects her authority in that role. If she’s undermined at every turn because of her race or gender, then she could very well find herself swallowed up by Washington’s swamp.

Here’s another uncomfortable truth: Racialized women are unlikely to face less discrimination in their daily lives just because a prominent woman of Jamaican and Indian ancestry occupies the second-highest office in the U.S.

Are barriers going to be broken and glass ceilings shattered for ordinary women? Not likely – unless there’s a bipartisan commitment to combat systemic racism in policing, business and all other facets of American society.

The other problem, of course, is that not all women of colour are going to see Ms. Harris as their role model. Indeed, some may even see her as a token.

Some Indo-Americans, for instance, have chided her for supposedly downplaying her Tamil Brahmin roots by identifying as a Black woman. (Ridiculous!) Others have nothing in common with her other than a shared love of idlis (steamed rice cakes).

Let’s not forget that many Indo-Americans are hardcore Republicans who revelled in the bromance between President Trump and Indian Prime Minister Narendra Modi, and have no qualms about capitalizing on the racial pecking order in the United States.

Ms. Harris’s momentous achievement alone won’t heal what ails America. Even if Mr. Biden helps her rise, the legacy of Mr. Trump’s racism and misogyny may keep her down. 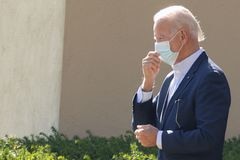 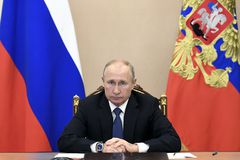 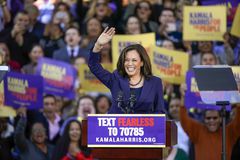