The largest party in Malaysia’s ruling alliance said Thursday that it will withdraw support for Prime Minister Muhyiddin Yassin immediately and urged him to make way for a new leader.

The announcement is a political bombshell that could potentially trigger the collapse of the government if he refuses to quit and spark a general election.

Muhyiddin took power in March 2020 after initiating the downfall of the former reformist government that won the 2018 elections. His Bersatu party joined with the United Malays National Organization, or UMNO, which was ousted in the 2018 polls, and others to form a new government. But his alliance has a razor-thin majority in Parliament.

UMNO president Ahmad Zahid Hamidi said Muhyiddin’s government has failed to curb the coronavirus pandemic. Instead, he said its inconsistent policies and half-baked lockdown measures have deepened the economic hardship.

Zahid urged Muhyiddin to resign and make way for a temporary leader to take over until the pandemic eases and a general election can be held safely.

“This is important to allow a government that is truly stable and has the mandate of the majority of the people to be formed,” he said in a statement after a meeting of UMNO’s top decision-making body.

UMNO’s decision came just hours after Muhyiddin named an UMNO lawmaker as his deputy, in what is seen as a calculated bid to persuade the party to stay on. Tensions have been brewing for months in the ruling alliance, with UMNO unhappy at playing second fiddle to Bersatu.

The prime minister’s office named Defense Minister Ismail Sabri as the deputy premier and said he also would retain his security post. Muhyiddin had broke with tradition by not appointing a deputy premier to his Cabinet last year but named four senior ministers instead, two of which are from his own party and Ismail from UMNO.

Muhyiddin’s office said Foreign Minister Hishammuddin Hussein would take over Ismail’s post as one of the four senior ministers, while retaining his diplomatic portfolio. It had voiced hope that the promotions would unite the ruling parties and boost the government’s strength.

Analysts said Muhyiddin has split UMNO by appointing second-tier leaders to his Cabinet and reinforced it with the new appointments. Both these two UMNO lawmakers are in a camp opposed to UMNO leader Zahid.

But the move failed to stem the strong opposition in UMNO to Muhyiddin and his party.

UMNO earlier this year said the party will not work with Muhyiddin’s alliance in the next general election. Its attempt to seek early elections has been stymied by a worsening coronavirus crisis, with the country plunged in a second national lockdown since June 1.

Zahid noted the country’s deaths from the pandemic have doubled to 5,768 since the lockdown began. Coronavirus infections in Malaysia now stand near 800,000, with daily infections breaching 7,000 in the past two days.

He said Muhyiddin abused a coronavirus emergency that was declared in January for his political gains. The emergency suspended Parliament, which means support for Muhyiddin’s leadership cannot be tested.

Muhyiddin agreed to let Parliament resume July 26, ahead of the Aug. 1 expiration of the emergency, after growing pressure, including from the nation’s king.

Zahid didn’t propose anyone as the interim prime minister but said UMNO will not support opposition leader Anwar Ibrahim, who has been lobbying for support. It is unclear how the political situation will pan out as no coalition has a clear majority at the moment.

There was no immediate reaction from Muhyiddin or his party.

“As long as Bersatu is in charge, UMNO will not be all right,” said Oh Ei Sun, senior fellow at the Singapore Institute of International Affairs. 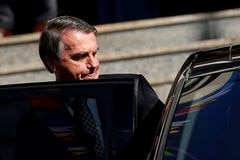 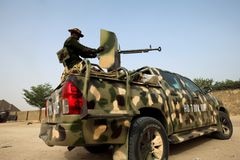 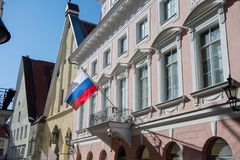