Kim Jong-un has personally pledged to halt his country’s missile and nuclear tests − a major commitment that underscores the North Korean leader’s shift from a weapons program that has caused global tensions.

The country’s underground nuclear test site will also be closed “to guarantee transparency in suspending nuclear tests,” he said Saturday morning Korean time, in comments reported by by the Korean Central News Agency.

Mr. Kim made no mention of North Korea’s existing stockpile of missiles or nuclear weapons and no commitment to dismantling the potent firepower he has amassed after a surge in tests last year.

But the suspension pledge marks an important confirmation from North Korea that its agenda has dramatically changed, and that it intends to embark on a very different path from the one that struck fear around the world. It comes a day after Mr. Kim said he would no longer oppose joint U.S.-South Korea military exercises, or insist on the withdrawal of U.S. troops from the Korean peninsula − also major concessions.

It also comes ahead of a planned summit next week between North and South Korea, which has raised hopes that the two countries, technically still at war, could sign a peace treaty to formally conclude the 1950s Korean War. A separate meeting is expected at a later date between Mr. Kim and U.S. President Donald Trump, who quickly responded on Twitter to the North Korean test suspension.

“This is very good news for North Korea and the World − big progress! Look forward to our Summit,” he tweeted.

The promise to suspend tests is also the latest sign that Mr. Kim is seeking to prove wrong the skeptics who have been unwilling to believe that a North Korean leader might genuinely move away from a single-minded pursuit of nuclear weapons.

Mr. Kim himself has spent months signalling change. He sent his sister to the Olympics, entertained a high-level South Korean delegation, travelled to Beijing to meet Chinese President Xi Jinping and sat down for a secret meeting with CIA Director Mike Pompeo, Mr. Trump’s choice for U.S. secretary of state. Those who met Mr. Kim said he was intent on denuclearization.

But the suspension of tests is “more evidence that Kim Jong-un is serious,” said John Delury, a scholar at Yonsei University Graduate School of International Studies in Seoul. “We’ve got these walls built up − walls of skepticism. And they’re there for good reason. But Kim Jong-un is kind of knocking them down, one by one.”

Equally important, he said, is a statement from Mr. Kim that “we will concentrate all efforts” on building up the North Korean economy.

“We’ve come to think that nukes are an end in themselves for the North Koreans,” Prof. Delury said. “Kim Jong-un keeps telling us that he wants more. So there’s a very strong statement in there about transitioning to a focus on the economy. And that’s the other key piece − that’s how a diplomatic process can get traction and sustain momentum, through the interest that Kim Jong-un has in making North Korea a normal east Asian prospering country.”

Mr. Kim “has committed himself to the path of denuclearization and will now focus solely on economic growth and improving the national economy,” a North Korean source told CNN.

It nonetheless remains unclear what will happen to the arsenal of long-range missiles and nuclear weapons that North Korea has acquired in recent years. Indeed, Mr. Kim’s announcement suggested he was halting tests because they are no longer needed. He made no reference to eliminating stockpiles, as most members of the foreign community, including the U.S. and China, want him to do. Indeed, he spoke only of “global disarmament.”

Mr. Kim’s suspension pledge “is by far the most credible declaration of North Korea’s position,” said Christopher Green, senior adviser on the Korean peninsula for International Crisis Group. But it’s “hard to say that it constitutes big change, yet.”

Indeed, he said, “arguably it commits North Korea to keeping its nuclear weapons capacity. It is a declaration of success.”

“They are going down the route of becoming a responsible nuclear power. That is what they wanted to achieve all along; locking in their gains in such a way that doesn’t hinder their economic circumstances.”

G7 ministers to discuss pressure on North Korea ahead of Trump-Kim summit
April 20, 2018 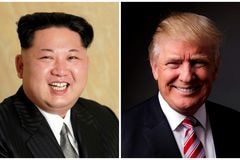 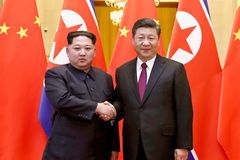 Opinion
On foreign policy, Trump’s bark is worse than his bite
April 19, 2018 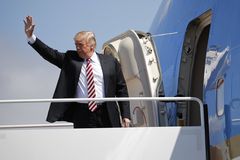