More below • Map: Which countries have King Charles as head of state?

When Australian prime minister Malcolm Turnbull met the Queen in July, 2017, the country’s most famous republican emerged from the audience smitten.

Speaking to reporters outside Buckingham Palace, Mr. Turnbull said that while he still did not support the monarchy, he was nevertheless a “very strong Elizabethan.”

After the Queen’s death last week, many republicans across the Commonwealth realms, those 14 former colonies that maintain the British monarch as their head of state, echoed Mr. Turnbull’s remarks, praising the Queen’s long service and personal character and the deep connection many people around the world felt with her.

Such a connection is not felt, however, with King Charles. While his position in staunchly monarchist Britain is in little doubt, maintaining the loyalty of the rest of the Commonwealth may be much harder. (The majority of its 56 members already do not have the British monarch as their head of state.)

Polls in Australia have consistently shown strong support for republicanism, though voters rejected this option when it went to a referendum in 1999, mostly because of disagreements about how an elected head of state would work. Many Australian republicans – including Mr. Turnbull, who led the 1999 campaign – have conserved their powder since then, happy to wait until the Queen died to launch a renewed push. And while they have been careful to show respect for the late monarch, that time has now come.

After Prime Minister Anthony Albanese was elected in May, ending almost a decade out of power for the Labor Party, he appointed an assistant minister for the republic, the first time the government has had such a role. But Mr. Albanese, who supports ditching the monarchy, has made it clear that a referendum to enshrine an Indigenous voice in Australia’s Constitution would take priority over changing the country’s head of state. With the Queen’s death, however, he will come under pressure to deliver on both fronts.

“Rest in peace Queen Elizabeth II,” Adam Bandt, the leader of the Greens, the country’s third-largest party, tweeted Friday. “Now Australia must move forward. We need treaty with First Nations people, and we need to become a Republic.”

In a statement, the Australian Republic Movement alluded to the Queen’s own statements in support of its cause. “Queen Elizabeth respected the self-determination of the Australian people,” ARM said, adding that she “backed the right of Australians to become a fully independent nation during the referendum on an Australian republic in 1999, saying that she has ‘always made it clear that the future of the Monarchy in Australia is an issue for the Australian people and them alone to decide, by democratic and constitutional means.’”

Earlier this year, ARM introduced a new proposal for how an elected head of state would function, part of an effort to address any uncertainty ahead of a possible referendum. Per the group’s proposal, voters would choose from a slate of candidates put forward by Canberra and the parliaments of Australia’s states and territories.

ARM claims its polling shows 73 per cent of voters would back such a system, giving it a “stronger chance of success at a referendum than any other model previously proposed.” Liberal MP Jason Falinski, who chairs a parliamentary group in favour of a republic, called it a “major advance” and asked his right-wing party, which is more split on the issue than Labor or the Greens, to back the plan.

Even before the Queen’s death, there was a growing movement toward republicanism across the Commonwealth realms. Barbados voted to become a republic in 2021. This week, the Prime Minister of Antigua and Barbuda said his country will hold a similar referendum.

Jamaica is likely to follow. When William and Catherine, now the Prince and Princess of Wales, visited in March, Prime Minister Andrew Holness told the couple his country intends “to fulfill our true ambition of being an independent, fully developed and prosperous country.”

Australia is the largest Commonwealth realm after Canada and one of the closest in terms of culture and politics to Britain itself. Should it break with the monarchy, many have predicted the slow domino effect started by Barbados will become a cascade.

“It would be quite bizarre to have Charles as our head of state while Australia has their own,” Lewis Holden, the campaign chair of New Zealand Republic, told The Globe and Mail in January.

One of the biggest complications with such a move in New Zealand would be Crown treaties with the Maori population, as some Indigenous people fear becoming a republic could undermine the Treaty of Waitangi, the country’s founding document. But in February, the Maori Party, which previously opposed such a move, called for the removal of the Queen as head of state.

“Our vision is for constitutional transformation that rebalances the scales of power in Aotearoa,” the party said, using the country’s Indigenous name.

Prime Minister Jacinda Ardern is herself a republican, but she told a news conference Monday that replacing the head of state is not a top priority. “I believe it’s likely to occur in my lifetime, but I don’t see it as a short-term measure or anything that is on the agenda any time soon,” she said.

For his part, Mr. Holden declined to comment further, issuing only a short statement expressing “sincere condolences.” In an e-mail to supporters Sunday, New Zealand Republic reiterated its policy of not commenting until after the Queen’s funeral and asked members to “keep things respectful.”

But after Sept. 19, Mr. Holden wrote, “our campaign begins again in earnest.”

Map: Countries where King Charles is head of state 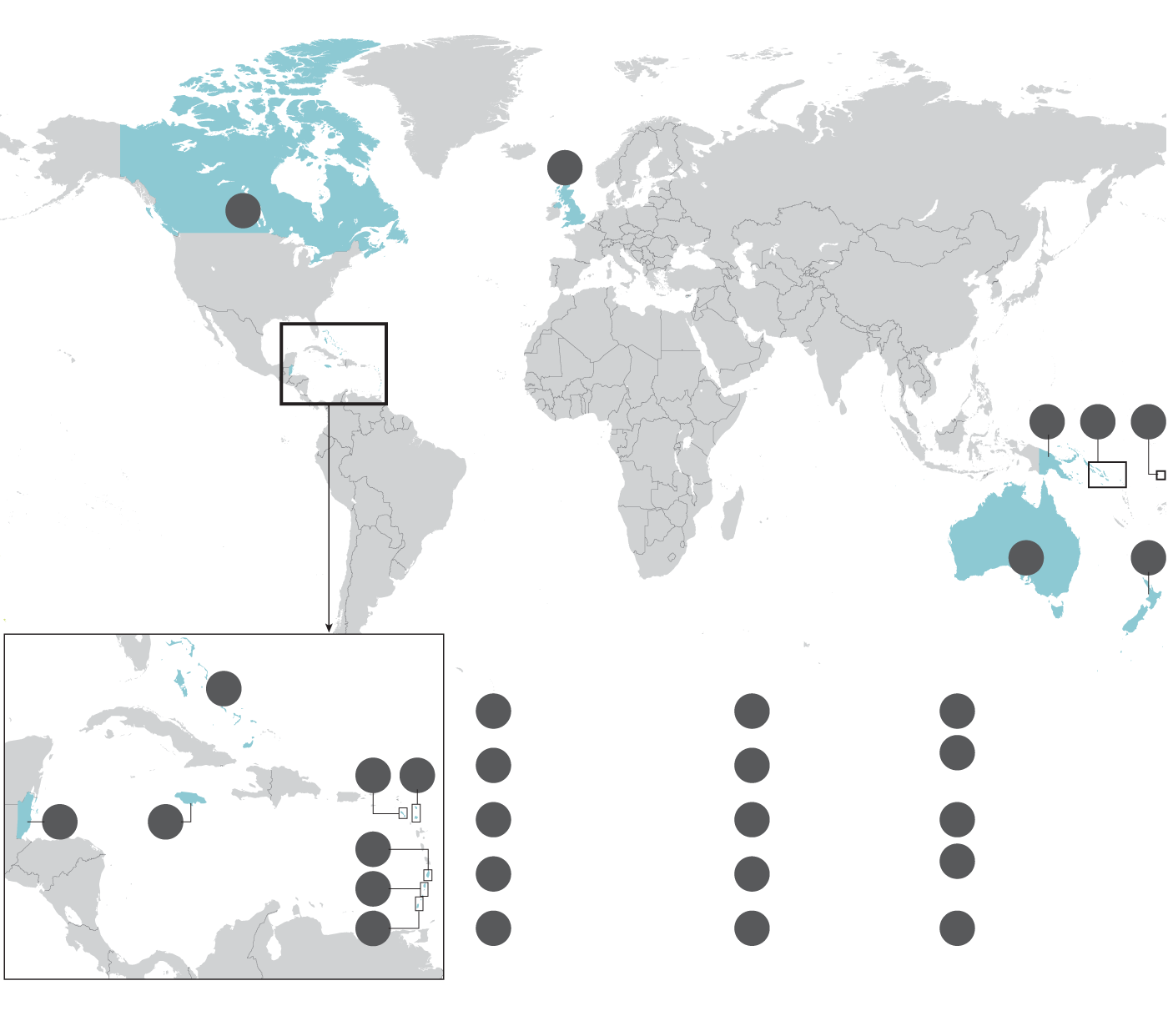 Royal succession: More from The Globe and Mail

Vicky Mochama, a Globe contributor who writes about the Royal Family, looks back at the Queen’s achievements and what the monarchy’s future might be without her. Subscribe for more episodes.

Charles III is King of Canada. What now? Latest updates on the royal succession

Queen Elizabeth’s state funeral is on Sept. 19. Latest updates on how Britons and Canadians are mourning

How does a Commonwealth country break ties with the monarchy?

On Her Majesty’s legacy

In visits to Canada, Elizabeth left her mark as British history’s most travelled monarch