The Kremlin accused colleagues of opposition leader Alexey Navalny on Friday of hampering a Russian investigation by taking items from his hotel room out of the country, including a water bottle the colleagues claimed had traces of the Soviet nerve agent that German authorities said was used to poison Mr. Navalny.

Mr. Navalny’s colleagues revealed Thursday that they removed the bottle and other items from the hotel room in Siberia and brought them to Germany as potential evidence because they didn’t trust Russian authorities to conduct a proper probe after the Kremlin’s arch foe became critically ill on a flight to Moscow.

“Regrettably, what could have been evidence of poisoning was taken away,” Kremlin spokesman Dmitry Peskov told reporters.

Mr. Navalny, the most visible opponent of Russian President Vladimir Putin, fell ill on the domestic flight on Aug. 20 and was transferred to Germany for treatment at his wife’s request two days later. A German military lab later determined that Mr. Navalny was poisoned with Novichok, the same class of Soviet-era agent that Britain said was used on a former Russian spy and his daughter in England in 2018.

Members of the Navalny team said they searched his hotel room in the city of Tomsk upon learning that he collapsed on the flight home. They said they packed half-empty plastic water bottles and other items and sent them to Germany for further inspection to help investigate what they suspected to be his poisoning.

Mr. Navalny’s colleagues said Thursday that a German laboratory subsequently found a trace of Novichok on a bottle from his hotel room. Top associate Georgy Alburov noted that the German experts concluded that the bottle did not contain the Novichok that Mr. Navalny consumed, saying he likely transferred a tiny trace of the toxic substance behind when he drank from the container after having already been poisoned.

Chancellor Angela Merkel has said the German lab conducted tests on “various samples from Mr. Navalny,” but neither she nor other German officials haven’t given details of what samples were tested. The German government had no comment Friday on the Navalny team’s statement that Novichok was found on the water bottle taken from Russia.

Germany has said that independent tests by labs in France and Sweden backed up the military lab’s findings.

The Hague-based Organization for the Prohibition of Chemical Weapons is also having samples from Mr. Navalny tested. German Foreign Ministry spokeswoman Maria Adebahr said those tests were still continuing and Germany had not received any results.

The Kremlin reiterated that before Mr. Navalny’s transfer to Charite Hospital in Berlin, Russian labs and a hospital in the Siberian city of Omsk found no sign of a poisoning. Moscow has called for Germany to provide its evidence and bristled at the urging from Ms. Merkel and other Western leaders to answer questions about what happened to the politician.

“There is too much absurdity in this case to take anyone at their word,” Mr. Peskov said Friday.

The Kremlin spokesman charged that Germany and the Organization for the Prohibition of Chemical Weapons have pointed to the other when Russia demanded access to the analyses and samples that allegedly demonstrated his poisoning.

Vyacheslav Volodin, the speaker of the Russian parliament’s lower house, suggested Friday without offering any evidence that Western spy agencies could have poisoned Mr. Navalny to pave way for new sanctions against Russia.

Asked if the Kremlin agreed with Mr. Volodin’s theory, Mr. Peskov replied, “We can neither agree nor disagree” with the claim. “The only way to shed light on this incident is to share information, biomaterials and evidence and to work together in analyzing the situation,” he said.

Ms. Merkel’s spokesman, Steffen Seibert, told reporters Friday that Germany was in contact with its European partners regarding the consequences Russia might face.

“We have urgently asked Russia to explain itself on this matter, and this demand continues to stand,” he said. 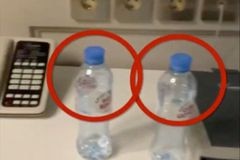 Alexey Navalny posts photo of himself online, says he can now breathe on his own after poisoning
Subscriber content
September 15, 2020 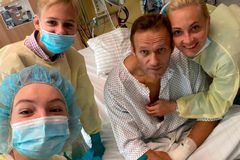 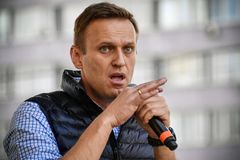