Lynn Nelson, a human-resources manager for a small microchip manufacturer in Oregon, was watching a football game when he saw a commercial for Intel, advertising for workers.

“Gosh, I can’t escape,” he thought to himself. “Intel is stealing my employees while I’m at work – and now they’re doing it on Sunday Night Football.”

The world’s best-known chip maker hasn’t typically filled premium television slots with pleas for workers. But as the COVID-19 pandemic passes the 18-month mark, a global chip shortage and an ebullient economy have created a shortage of workers so severe it has driven industry to unusual methods – at a time when companies have sought to expand manufacturing on U.S. soil.

“If you like working with your hands, or have training working with tools and machinery, join our team,” Intel says in the commercial, which it is airing during Sunday Night Football as it seeks to reach people living near its manufacturing operations in Hillsboro, Ore., where it typically initiates the manufacturing of new microprocessors.

Mr. Nelson is chasing many of the same people for his company, Jireh Semiconductor, in the midst of a crush of demand for workers across the United States. Geopolitics and pandemic-related supply-chain failures have encouraged renewed interest in domestic manufacturing, while the Biden administration is advocating legislative incentives to bring back more high-tech factories.

“We’re seeing a realization that our chips need to be made in a place that’s much more secure – and we shouldn’t be dependent upon foreign entities,” said Mr. Nelson, whose company makes chips that regulate power in thousands of products, including consumer devices such as the PlayStation 5.

The problem lies in finding people to do the work. While Intel recruits through local billboards and television commercials, Mr. Nelson has begun recruiting at high schools and raiding fast-food establishments. He’s hired people who turned 18 just two weeks prior. And he’s chased “every person I could bring in from Panda Express. Because they’re used to these major lunch rushes where they get swamped. It’s no different working on the [assembly] line.”

Jireh will pay referral bonuses of US$600 to US$10,000 to employees who bring in other workers who stay for at least six months. It has raised starting wages to US$18 an hour from US$16. It offered a US$100 Amazon gift card in addition to overtime for employees who put in an extra 12-hour shift to meet production targets at the end of the month. The company has seen “a lot of folks coming over from bartending, restaurant servers,” Mr. Nelson said.

And still, it’s not enough. Jireh’s employee turnover has doubled this year, “because everybody around us is offering boatloads of money that I could not have fathomed six months ago.”

That includes Amazon – which is now offering starting wages of US$20.50 an hour in the area, plus a US$3,000 signing bonus – and Intel, whose recruitment blitz “is to help Oregonians realize that they have the skills that we need,” said Elly Akopyan, a spokeswoman. “A lot of people view Intel as a black box, or think that we only hire PhDs and master degrees.”

Worker shortages have become a nationwide problem in the U.S., where the Bureau of Labour Statistics this month reported nearly 11 million job openings, an historic record, as the country’s economy sits on some 2.2 million more openings than there are unemployed workers.

Labour shortfalls hold special importance for a high-tech sector as Corporate America stages a made-in-the-USA push, with encouragement from the White House as a rivalry with China grows more intense. Advocacy groups that track companies’ plans for “reshoring” – or bringing manufacturing capacity back to the U.S. – say 2021 has seen record interest. Companies are expected to announce the return to the U.S. of some 220,000 jobs over the course of this year, according to tracking by the Reshoring Initiative, while a survey by Thomas, an industrial sourcing platform, has found that 83 per cent of manufacturers said they expected to bring back work to North America, up from 54 per cent last year.

U.S. President Joe Biden has pressed for more domestic manufacturing of microchips in particular, adding a US$50-billion subsidy to the infrastructure plan that is the subject of Congressional wrangling.

It comes at a time when companies, spurred in part by the cost and confusion of shipping during the pandemic, have started to determine that “maybe we don’t need to manufacture in Vietnam when our core consumer is in Arkansas,” Thomas chief executive officer Tony Uphoff said.

That is, if they can find the workers.

“Make no mistake, the shortage in labour right now is clearly a gating factor to the ongoing progression of reshoring,” Mr. Uphoff said.

The manufacturing industry has long lamented the way schools and government have set higher education as a central goal for students. Harry Moser, the founder of the Reshoring Initiative, described a dispute with the U.S. Department of Labour for producing charts that correlate higher degrees with higher income. Often missing is the income potential for those who pursue apprenticeships and skilled trades. Shortages plague manufacturers the world round, he said, pointing to Germany and China as two examples. But in the U.S., “it’s unquestionably a problem,” he said.

For companies seeking to bring work back to the U.S., “the No. 1 criterion for site selection for a factory is work-force availability,” he said.

In Oregon’s Silicon Forest, some 15 companies have worked with the Portland Community College system to train and prepare students in microelectronics technology. But those companies at the moment need “many many multiples of the number of graduates that we produce,” said Bill Manley, an administrator at the college who works with the microelectronics technology program.

In Oregon, the problem stems partly from a lack of numbers. While Portland Community College has some 60,000 students enrolled, it graduates just 25 to 40 from its microelectronics technology program each year.

Other parts of the U.S. have done more to prepare. Arizona State University now boasts 26,999 students enrolled in its engineering programs, a threefold increase since 2010, the product of work by local economic developers, companies and governments to increase what Chris Camacho, CEO of the Greater Phoenix Economic Council, calls “digital up-skilling to really match where our future jobs are with the training needs of tomorrow.”

It is a “national challenge,” he said. “I believe we need a massive level of retooling of the federal work-force funds.”

Phoenix is now the third-largest centre for semiconductor manufacturing in the U.S., with Intel and Taiwan’s TSMC committing to US$32-billion in investments – or roughly double the total in the previous 40 years. The city says dozens of other supply chain companies are contemplating projects that would represent double the Intel and TSMC investment.

Regions in the U.S. are in a battle for talent and investment, Mr. Camacho believes. Regions that don’t succeed “are probably going to end up with a less competitive market in the next 10 years. Less innovation capacity. Less talent production,” he said. “I think it’s a race.”

In Oregon, for now, technology companies have begun scouring the ranks of the local colleges’ auto technician, machine manufacturing and diesel technology programs – anyone with a technical aptitude.

There is, he said, “an explosion of need for workers.” 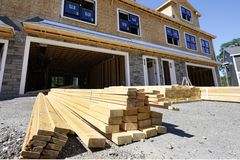 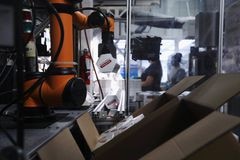 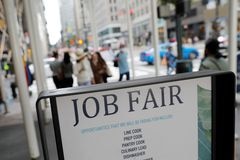