More below • What did Lake Mead look like in its prime? A video guide

For the better part of a century, Lake Mead was among the best-loved unnatural wonders of the United States, a sprawling Colorado River reservoir behind the Hoover Dam that became the country’s first national recreation area, drawing boaters, swimmers and picnickers by the millions.

Now, with its shores laid bare by a lengthy drought, Lake Mead’s giddy pleasures are giving way to grisly discoveries, as a desert playground becomes a showcase for troubling new realities.

“I have to say, I always wonder when I walk through here – what am I going to step on? Because they just found somebody yesterday,” said Matt Loborec, who came to Boulder Beach on a recent afternoon to watch his 14-year-old son windsurf.

He pointed to a beach a few hundred metres away, where human remains had just been discovered, the third such find this year. One of the bodies was found in a barrel, an apparent murder victim revealed after the waters receded. 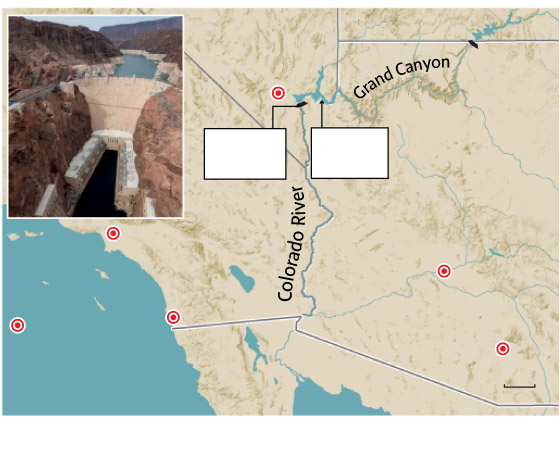 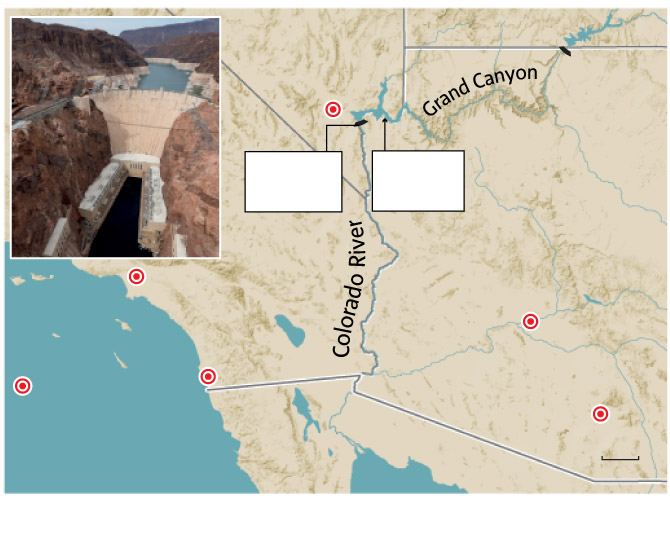 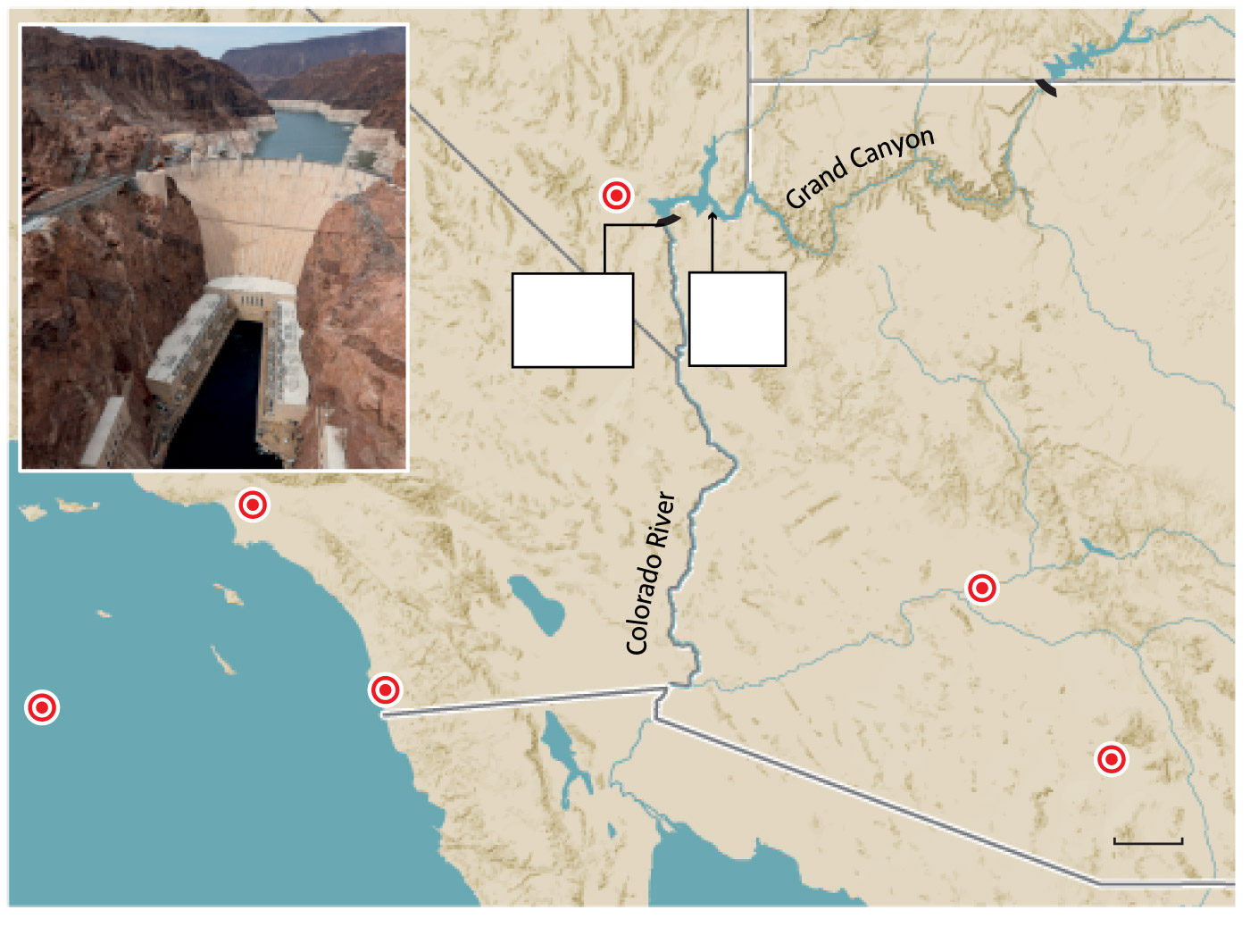 What’s happening at Lake Mead is a symptom of serious economic and environmental problems. A hotter and drier climate has deepened a crisis that began with decades of overdrawing the Colorado, using its waters to turn deserts green for agriculture and support the many millions of people who have migrated to the Western U.S. A two-decade drop in water levels at the river’s key reservoirs has alarming implications for the tens of millions of people who live in the Colorado basin and the many millions more who depend on the food it grows.

But Lake Mead’s vanishing waters are also an emblem of withering joy as climate anxieties turn summer into a time of worry about fires, smoke, heat deaths – and drought.

A short drive from Las Vegas, Lake Mead was at its height a national recreational icon. Large enough to hold two years of the Colorado River’s flow, the reservoir’s turquoise waters reached 180 kilometres into the red rock and desert of Nevada and Arizona.

It was born in a moment of triumphal American optimism. At the 1935 dedication of the Hoover Dam, then known as the Boulder Dam, president Franklin Delano Roosevelt celebrated a “twentieth-century marvel” that had transformed “a cactus-covered waste.”

“The mighty waters of the Colorado were running unused to the sea,” he said. “Today we translate them into a great national possession.”

The Rocky Mountain meltwaters held by Lake Mead pulsed through hydroelectric turbines, taps and irrigation wheels, powering decades of U.S. expansion across the arid southwest and California, some of the country’s fastest-growing regions.

And it has long been one of the most popular attractions in the U.S., drawing far more visitors than the Grand Canyon, Yellowstone or Yosemite. In 1995, 10.2 million people came to Lake Mead, which once boasted 10 boat ramps that launched 1,200 boats a day.

“In the 20th century, Americans came to expect easy access to recreational outlets, almost as a right. It was a more affluent society, with more off-time,” said Jonathan Foster, a historian at Great Basin College who wrote Lake Mead National Recreation Area: A History of America’s First National Playground. This lake in the desert was “symbolic of thinking: we can have everything,” the epitome of a philosophy of domination over nature.

Today, he said, “I think we’re seeing some of the folly in that idea.”

Though 7.5 million people still visited Lake Mead last year, only one boat ramp remains in operation, averaging 50 launches a day. The lake is visually dominated by a “bathtub ring” that marks where the waters once stood. It’s now 54 metres above the water level.

When helicopter pilot Brian Lorenz flew over the lake in early July, he was staggered. He posted a YouTube video of what he called its “devastating” condition – “and then my wife and I listed our house for sale,” he said. “We’re going to get out of here.”

On the ground, too, the change is unmistakable. A fishing pier that was in the water last year now lies hundreds of metres from the lake. The newly exposed shoreline is a jumble of rock and debris: old cables, a swimming ladder, plastic bottles. A coyote scavenges spilled food. The beach has the rough feel of a construction demolition site.

Its unsightly new reality has made it a destination for those chasing clicks on YouTube. One attracted millions of views to a video in which a team pulled a stranded houseboat back into the water. Another explored newly exposed boats on shore. It all makes for grim – but fascinating – viewing.

Visitors to the lake are greeted by a handwritten notation of the lake’s depth, measured in feet above sea level. On July 18, it was 1,041.3 feet. Nine days later, it had fallen to 1,040.69. The operators of the local marina are in a constant battle against the rapid change. A one-foot drop in water levels equates to “about 100 feet of dock on the beach,” said Bob Gripentog, whose family owns a group of companies along the lake.

He sees it as a warning to a drying world. If people “don’t start trying to realize what’s going on, it’s not going to get better. It’s going to get worse.”

Las Vegas historian Michael Green recalled the 1970s as an “age of limits,” with life curtailed by the oil embargo, stagflation and fears of hostage-taking. “We may be in a new age of limits,” he said, “where the limits are what the climate decides.”

Lake Mead’s waters are falling so fast that even fish are being hurt, particularly smaller species spawning in shallows that rapidly become dry land. “We’re losing all the bait source,” said Captain Jack Lemons, a local fishing guide. “The big fish, I don’t think there’s enough food for them to survive.”

The speed of change has, for some, engendered suspicion. Daniel Clark, a local boat captain and guide, recounts a conversation with a neighbour who retired from military intelligence and told him last year the U.S. government intends to drop the level of reservoirs near large cities, where they are most visible. Watching Lake Mead subsequently fall, he sees malign political influence.

At the same time, he has watched the newly dried shores becomes their own kind of attraction, with people bringing metal detectors to look for once-submerged treasure. In Las Vegas, the Mob Museum has asked for the barrel that contained the body discovered in early May, which has sparked international speculation that it was a Mafia killing.

“One of the lingering appeals of Las Vegas is this mob connection,” said Geoff Schumacher, an executive at the museum. Tourists at casinos once thrilled to the idea that “maybe the guy who just sat in the stool next to me might be a mobster,” he said.

Behind that gritty nostalgia, however, Mr. Schumacher can’t suppress worry. If the water continues to fall, “there aren’t enough U-Hauls out there if we all have to leave,” he said.

Cassaundra Steele grew up in Las Vegas – and on Lake Mead. She remembers as a girl thinking its cocoa-coloured cliffs looked like chocolate ice cream. In a place where temperatures can near 50 C, “this is where we found our oasis,” she said.

Today, the blanched bathtub ring evokes less joy. The family boat recently required US$5,000 in repairs after striking an underwater levee that had come close to the surface.

“I’m glad he’s not cognizant enough to know what it’s become,” she said. “It’s sad. It really is.”

Video: Snapshots of Lake Mead in its prime

Lake Mead has been attracting millions of visitors for decades, but drought and increased demand has brought its water level to record lows. Take a look at the lake from its beginnings in the 1930s to today.

A warming future: More from The Globe and Mail

Subscribe to The Globe and Mail’s weekly climate newsletter for the latest updates. Digital subscribers can also select “follow” on our topic page to be notified of new stories.

How does the human body respond to rising temperatures? This one-of-a-kind lab in Ottawa is trying to find out

In Canada’s biggest cities, vulnerability to rising temperatures may depend on your neighbourhood

Building on river floodplains has proven costly and devastating to Canadians. A new Globe analysis reveals which cities are most at risk