New data from the Brazilian space institute published Tuesday point to a surge in deforestation in the Amazon in the last quarter, fuelling fears that President Jair Bolsonaro’s pro-agrobusiness policies will accelerate deforestation.

Figures of the National Institute for Space Research, a federal agency, show that more forest was lost between May and July this year than during the same period in 2018, 2017 and 2016. In July alone, the rain forest lost 2,254 square kilometres (870 square miles) of vegetation, between three and five times the surfaces lost the same month in the past four years.

This is the biggest surge in deforestation rates since the institute adopted its current methodology in 2014.

Brazil was once heralded as a global environmental success story. But some fear increasing deforestation will accelerate under Bolsonaro, a climate change skeptic with a strongly pro-agrobusiness agenda.

“This is a very serious setback,” said Malu Ribeiro, a project co-ordinator at SOS Mata Atlantica, a non-profit organization whose work focuses on another endangered area, Brazil’s Atlantic Forest.

Ribeiro criticized the way the government has been imposing its environmental agenda. “They are trying to forcefully implement an agenda of deconstruction, of deregulation, with total disrespect for institutions, or science,” Ribeiro said. “Since the (end of the military regime), in 1985, we’d never seen anything like it.”

On the campaign trail, Bolsonaro vowed to help mining and agribusiness companies expand their activities in environmentally protected areas, including the Amazon. Since he was sworn into office on Jan. 1, he has shown on multiple occasions that he will stick to his campaign promises.

He appointed a like-minded environment minister, Ricardo Salles, who was found guilty of modifying an environmental protection plan surrounding a river basin to favour mining groups when he was Secretary of Environment for Sao Paulo state between 2016 and 2018.

Over the past seven months, Bolsonaro and Salles have worked to weaken environmental legislation. The president has passed a decree to cut the size of the National Council of the Environment from 100 to 21 members and has attempted to transfer the responsibility for delineating indigenous territories from the Justice Ministry to the Agriculture Ministry, which one lawmaker described as “letting the fox take over the chicken coop.” Bolsonaro also said he was working on a proposal to regularize illegal mining in protected areas.

Salles has publicly questioned the efficiency of the Amazon Fund, which allocates money to projects working to contain deforestation in the Amazon, leading its two major donors, Germany and Norway, to consider pulling out of the program altogether, Brazilian media reported.

Recently, the president of the institute that publishes deforestation data left his post after Bolsonaro questioned his integrity as well as the veracity of the federal agency’s reports that showed a sharp increase in deforestation.

At a news conference, Bolsonaro said he suspected agency officials of manipulating figures to make his administration look bad. Scientists and academics have come out in support of the institute and its former president, which have denied the accusations.

During a recent public appearance, Bolsonaro joked that if the “absurd” deforestation numbers were true, “then I am Captain Chainsaw!”

The data was produced by a monitoring system called DETER, which has been producing daily alerts on deforestation based on satellite images since 2004.

The government also uses another satellite imaging system to monitor the Amazon rain forest, PRODES, in place since the early 1980s. It works with higher resolution images but only produces a single report every year, which prompted officials to launch a faster system, DETER, to strengthen surveillance and sanctions in the vast Amazon. 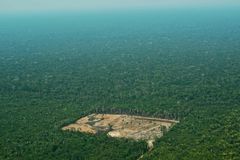 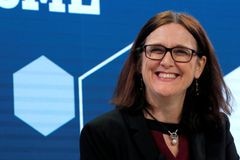