Moe Hamandi’s sister was in her kitchen in Beirut when she felt a rumble. The tremor made her move to her living room as a loud blast blew up her kitchen’s windows, and she barely escaped being slashed by the flying glass.

Through a large swath of the Lebanese capital, houses shook, windows shattered, a pall of smoke and dust fell on the city while bloodied, bandaged victims filled the hallways of hospitals on Tuesday evening.

Those were the images and descriptions that many Canadians of Lebanese origin received from relatives and friends in their country of origin, during a long day of anxiety and sadness at the news of the latest disaster to strike their ancestral land.

Mr. Hamandi, the host of a Montreal online talk show, said in an interview that he managed to reach his mother in Beirut just after the blast. His sister lives nearby.

At first, all he heard was his mother crying and shouting.

”What happened, tell me,” he asked her.

How an abandoned ship became a ‘ticking time bomb’ in Beirut

Explosion in Beirut: What we know so far about Lebanon’s disaster, and what caused it

His parents and sister were not hurt but their windows were blown out, a false ceiling in his parents’ living room collapsed and their cars were damaged. One relative had to go to hospital after being cut in the face by glass shards.

A former Montrealer is among those who died in the blast.

Nizar Najarian lived many years in Montreal. The businessman had recently returned to his home country to get involved in politics.

Salem, a friend of the victim, said his wife and two children still live in Montreal.

“His wife left two weeks ago for a visit and his two children will leave tomorrow for the funeral,” Salem said in an interview.

“He had accepted a job in an insecure country, far from his family, because he was a man who had values, but he ended up giving his life for those values.”

The impact of Tuesday’s explosion was made worse because it happened near several major hospitals, said Bishop Paul-Marwan Tabet of Montreal’s Eparchy of Saint Maron, whose diocese practises the Eastern Catholic doctrine that originated in what is now Lebanon.

He said he heard from members of his congregation that one health centre, the Saint George Hospital, was so badly damaged it had to transfer emergency patients to other hospitals.

One video the bishop received and shared with The Globe and Mail was recorded, he said, at the Saint-Joseph Hospital of the Sisters of the Holy Cross. In the video, hospital staff in a crowded, noisy hallway tend to injured people, some sitting on gurneys or wheelchairs, others lying on the floor, which is covered with blood.

”Lots of innocent people who were at work or at home were hit,” Bishop Tabet told The Globe.

He said there is much speculation about the cause of the blast. “The only clear thing is that Lebanon is in an economic and medical disaster. Lebanon is already torn between regional powers, between the United States and Iran. We are a people torn apart.”

Salem, the Montreal city councillor, said the impact of the dust and possible toxic fumes spread by the explosion were made worse by the recent weather, which has been sweltering, without wind or rain to help diffuse the chemicals.

He noted that Lebanon was already in the midst of a financial and economic collapse, with the COVID-19 pandemic worsening its problems. ”It’s a catastrophe. A human catastrophe here. It will take an effort by all the diaspora around the world, a lot of help from governments to help through this crisis.”

As of Wednesday, the government had only received one request for consular assistance following the explosion.

The consular request was separate from a Canadian Armed Forces member who sustained non-life threatening injuries following the explosion and admitted themselves to hospital. A government source said the member was posted at the Canadian embassy in Beirut, which did not sustain any damage in the explosion. They did not provide any further details for privacy reasons.

Sources who were not authorized to speak publicly on the matter told The Globe and Mail Wednesday that the Canadian government will provide support following the explosion in Lebanon, but did not say when the announcement will be made.

The Lebanese Red Cross has not sent out an appeal to its counterparts across the globe for more help, but it is still very early in the disaster aftermath, according to Kirsten Long, a Toronto-based spokesperson for the Canadian arm of the international disaster-response agency.

Canadian Red Cross personnel who were already in Lebanon tackling the continuing humanitarian crisis are all safe, she added.

Canadians who want to immediately help the Lebanese people can donate to the organization’s existing campaign to end the humanitarian crisis, Ms. Long said.

With reports from Mike Hager and The Canadian Press 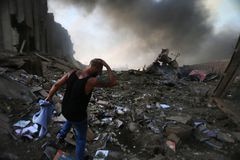 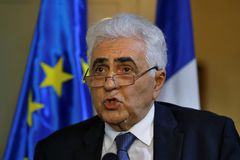 Coronavirus information
The Zero Canada Project provides resources to help you manage your health, your finances and your family life as Canada reopens.
Visit the hub
Follow Tu Thanh Ha and Michelle Carbert on Twitter @TuThanhHa @michellecarbert
Report an error Editorial code of conduct
Due to technical reasons, we have temporarily removed commenting from our articles. We hope to have this fixed soon. Thank you for your patience. If you are looking to give feedback on our new site, please send it along to feedback@globeandmail.com. If you want to write a letter to the editor, please forward to letters@globeandmail.com.
Comments