Lebanon will begin a 25-day nationwide lockdown Thursday to battle a surge in coronavirus infections during the holiday season that has challenged the country’s already battered health care sector.

A daily curfew will take effect Thursday and last until Feb. 1, from 6 p.m. until 5 a.m. the ministers said. They said details would be spelled out in a decree Tuesday.

Health Minister Hamad Hassan said legal action, not just fines, would be taken against violators. “The pandemic challenge has become a danger to the lives of Lebanese as hospitals are no longer able to provide beds,” he told reporters.

The holiday season has seen the number of new virus cases more than double in Lebanon. With a flailing economy, the government had relaxed preventive measures hoping to boost economic activity and cash in on visitors’ spending.

The softened restrictions sparked a debate over whether it is the government’s wavering policies or social laxness in implementing social distancing and other preventive measures that is behind the surge.

Nearly 80,000 Lebanese expats have returned home since the beginning of December to celebrate the holidays, including the Armenian Orthodox Christmas on Wednesday.

The festive season, with its increased number of social gatherings, has put pressure on Lebanon’s health care sector. First responders say they have been transporting nearly 100 patients a day to hospitals that are now reporting near-full occupancy in beds and ICUs.

Nurses say they are overwhelmed and private hospitals have been roped into the national response despite complaints that the cash-strapped government owes them large sums of outstanding debt.

Lebanon, a country of nearly 6 million, including 1 million refugees, has registered around 3,000 new virus cases per day for the past week. More than 192,000 total infections have been recorded in the country since last February, including 2,000 health care workers, with almost 1,500 deaths.

“We are facing a very critical phase and we need exceptional and firm measures as well as strict implementation,” caretaker Prime Minister Hassan Diab said at the start of the meetings Monday.

Lebanon saw new infections begin to increase during the summer, following a massive explosion in Beirut’s port in August that shook the city and its heath sector, killing over 200 people and injuring 6,000. August’s numbers increased by over 300 per cent from July as a result, and they have been climbing since.

Despite a two-week lockdown in November, the numbers have continued to rise.

Testing for the virus has increased during the holidays but reports suggest many of those were carried out to allow celebrations that have driving up the number of new infections.

Lockdowns of towns and villages failed to contain new infections and fines for violators did not stop large New Year Eve gatherings. At one, a hotel hosted a famous Lebanese singer in an indoor party that included hundreds of people, raising criticism of lax penalty implementation.

Many fear the figures may surpass 5,000 infections a day and have expressed concerns about “the Italian scenario” – a reference to overloading the health sector with no ability to trace new cases.

Lebanon is already struggling with an unprecedented economic crisis that has caused it to default on debt and sent its local currency plunging, losing 80 per cent of its value to the dollar. That has severely curbed imports to the import-dependent country, including medicine and medical supplies. It has also driven up inflation and unemployment. 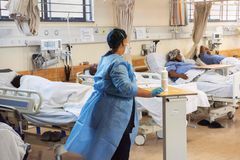 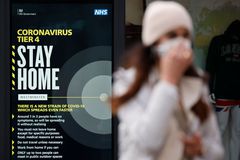 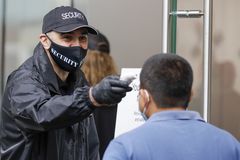